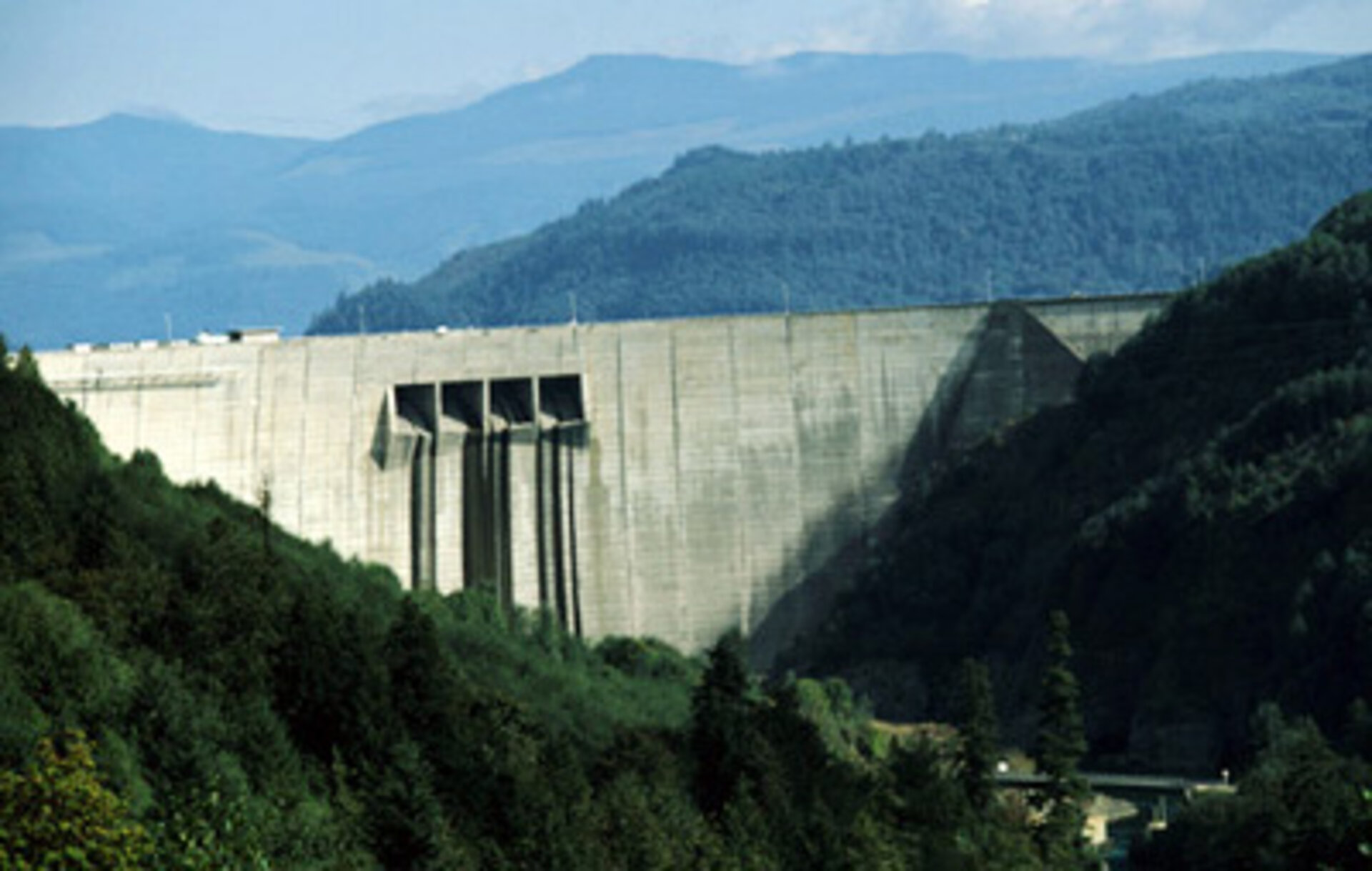 Renewable hydro-electric power – requiring only the flow of water through a dam to turn a turbine – is the single most efficient form of electricity production and currently supplies a fifth of global energy needs, equivalent to burning 120 million tonnes of coal each year.

A dam stores water in a reservoir, from which water flows through pipes past electricity-generating turbines. The quantity of electricity produced is determined by the volume of water flow and the height from the top of the turbines to the water surface at the base of the dam. The reservoirs produced by hydropower dams are valuable in their own right - as stores of water and recreational and tourist resources.

Hydropower plants are well suited to mountainous landscapes with fast-flowing rivers and high rainfall. Accurate quantification of how much water will collect within a reservoir is extremely useful for optimising hydropower production, fixing dam levels and setting electricity prices.

In Norway, where hydropower provides 99% of the country's energy needs, around half of all winter precipitation accumulates on the ground throughout the winter as snow. Measuring snow coverage and thickness is the first step in reliably modelling and predicting hydrologic run-off.

The accuracy of these models can be improved upon with detailed satellite-derived digital elevation maps of drainage basins and observations of related variables such as land classification and soil moisture.

Optical Earth observation data are already used to monitor snow coverage in concert with ground observation. However its use on an operational basis remains limited by the presence of clouds. But radar instruments can greatly supplement the amount of snow cover gathered, because they can see through clouds and also darkness.