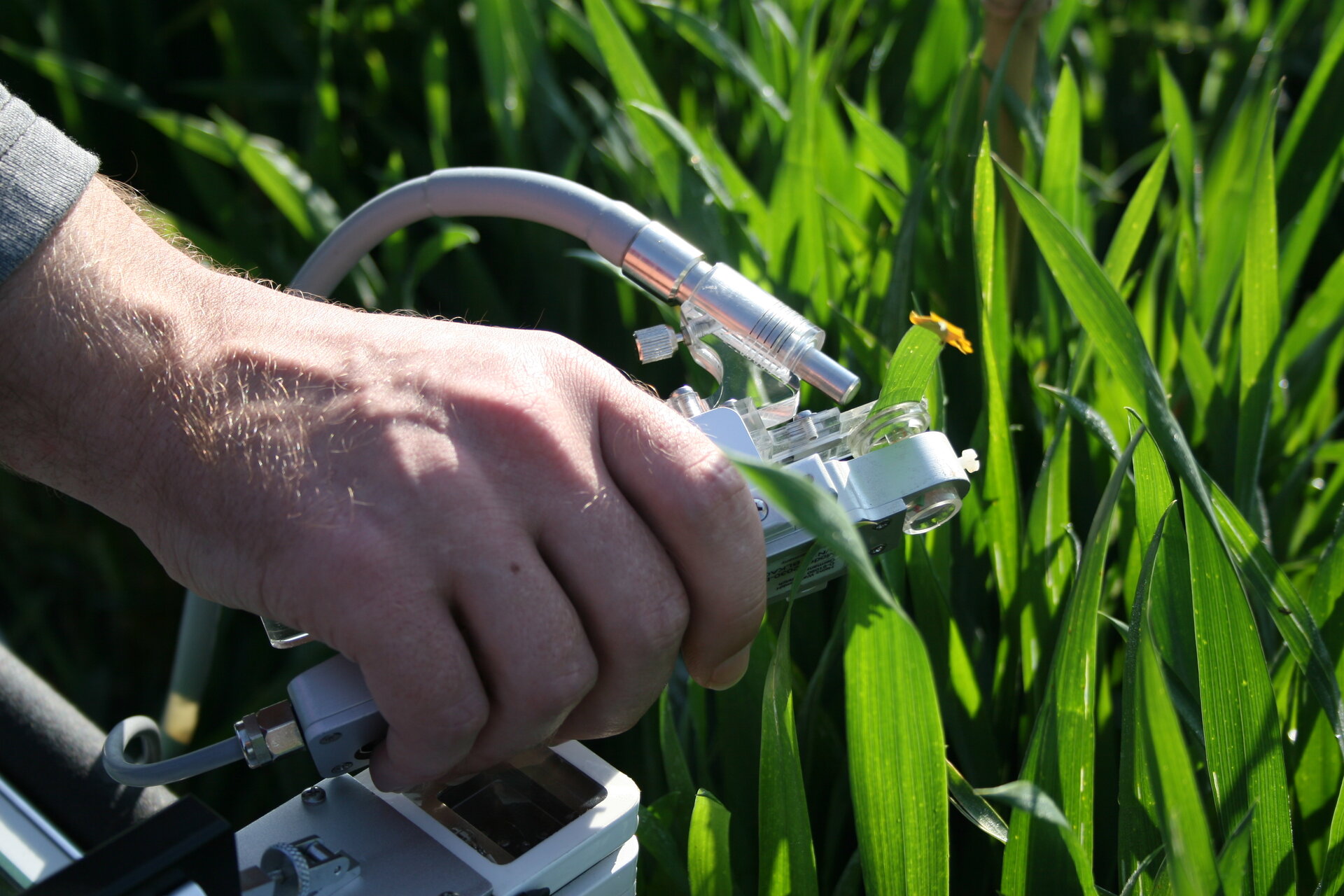 Initial results from an extensive ESA field campaign, which is being carried out in support of the development of the GMES Sentinel-2 mission and the candidate Earth Explorer FLEX mission, prove encouraging and could pave the way for future monitoring of the Earth's surface.

Since one of the most important aspects of developing an Earth-observation (EO) mission is to make sure the eventual data meets the users' exacting requirements, huge efforts are put into field activities to evaluate the future performance of an instrument. This current campaign, called CEFLES2 (CarboEurope, FLEx and Sentinel-2), combines field experiments for two EO missions - Sentinel-2, which is being developed by ESA as part of the space segment for the GMES (Global Monitoring for Environment and Security) programme, and the candidate Earth Explorer FLEX mission.

Sentinel-2 is a multi-spectral imaging mission for high-resolution observation of land surfaces. It will provide an enhanced continuity of the French SPOT (Satellite Pour l’Observation de la Terre) missions and the US Landsat missions. As part of GMES, Sentinel-2 will provide information for land monitoring and emergency services.

The main aim of the FLEX mission concept is to make novel global observations of photosynthesis through the measurement of chlorophyll-fluorescence, which would lead to a better knowledge of the role vegetation plays in the Earth's carbon and water cycles, and ultimately contribute to an improved understanding of climate.

In support of these two missions, the CEFLES2 campaign is exploiting the synergies between a large collection of measurements of different types of vegetation taken from the air and on the ground. The campaign is being carried out in coordination with CERES (CarboEurope Regional Experiment Strategy), and includes participants from Germany, Italy, France, Spain and the Netherlands.

The main campaign site is located within the CERES experimental area in Gascony in south-west France, with additional airborne acquisitions taken over Madrid and the Mediterranean coast. The first measurements were taken in April and June 2007 and another set will be taken in September, so that different stages of crop growth are represented. The aim is to obtain reference datasets to address the specific needs of the development activities for Sentinel-2 and the FLEX candidate mission.

For Sentinel-2, the objective is to collect quality and coordinated airborne optical and in-situ measurements. Luis Alonso from the University of Valencia, Spain, coordinator of the ground team during the June campaign, said: "Hundreds of kilometres of airborne imagery over many types of landscapes have been acquired along with a complete set of ground measurements taken by a consortium of European laboratories. This campaign's unique dataset will be a major contribution for defining algorithms for Sentinel-2 and for testing the new data processing techniques that are needed for this satellite."

Uwe Rascher from the Jülich Research Centre, who is responsible for coordinating the ground measurements for FLEX, explained: "With this campaign we are taking the first steps to develop a measuring tool to monitor vegetation florescence that will allow us to observe the capacity of photosynthesis of plant ecosystems in real time, and to better manage plant ecosystems under future climate scenarios."

So far the campaign is proving very successful. Scientists are looking forward to the third part of the campaign in September, after which the results can be fully analysed. These results will further the development of the Sentinel-2 mission and the assessment studies for the candidate FLEX mission.