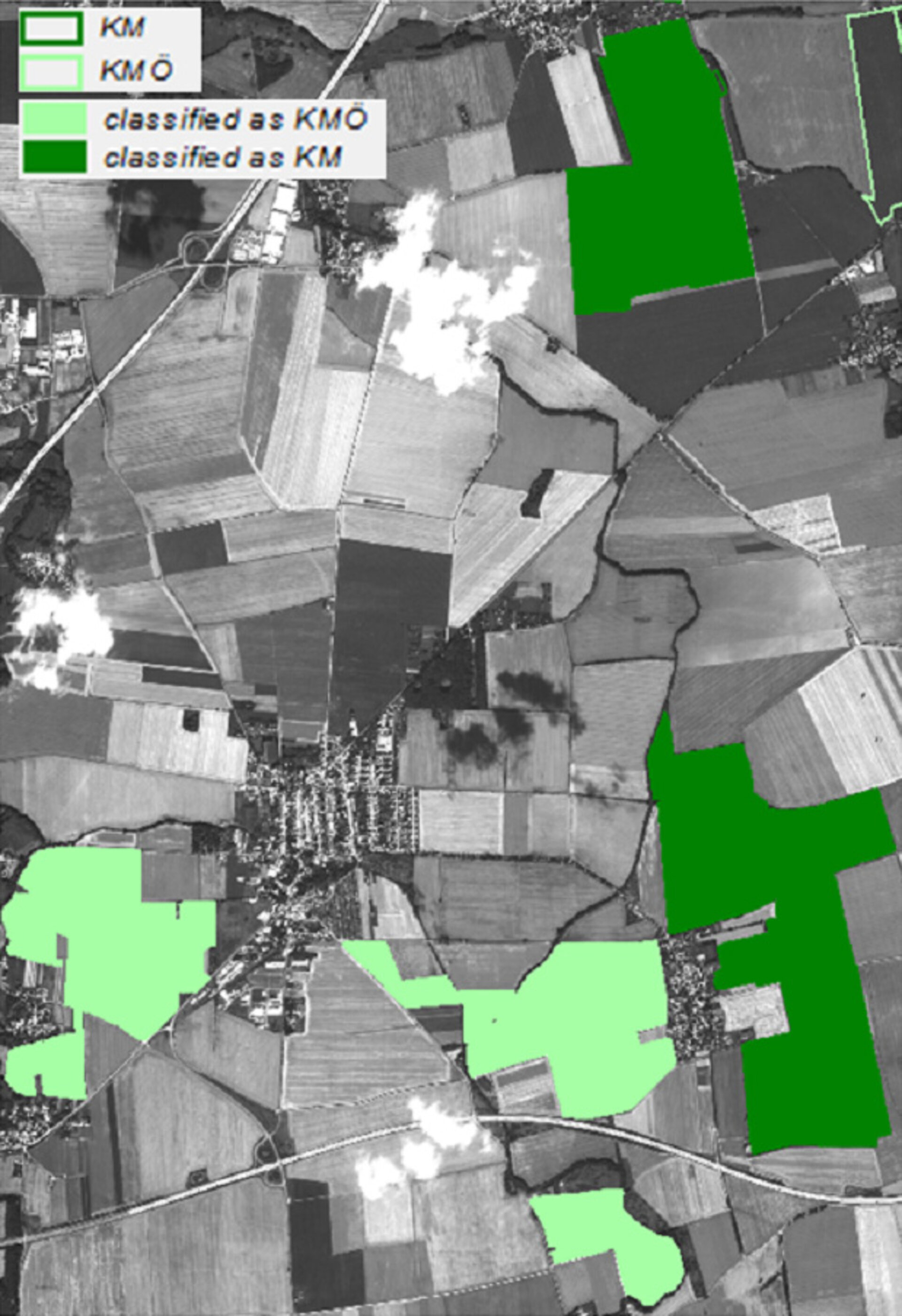 Organic agriculture provides healthy food and protects the environment by practising methods that avoid the widespread dissemination of chemicals. ESA is now helping to develop the use of satellite images for certifying crops as organic.

Products can be labelled 'organic' only if they are produced according to a set of standards, undergo an evaluation and pass a yearly inspection.

Since organic and conventional crops are treated differently, their characteristics are also different.

ESA has been working with Ecocert, an organic certification organisation, to use satellite images to spot these differences and support the certification process.

Observation from space can be applied to wide areas on a regular basis. The concept was tested on winter wheat and corn grown in relatively large fields.

Five different satellites were used during the trials to develop the new approach: SPOT-4, Kompsat-2, Landsat-5, Proba and WorldView-2.

Multi- and hyperspectral satellite imagery were used to derive several indicators based on biophysical justification and crop management practices to differentiate between conventional and organic methods.

According to Dr Pierre Ott from Ecocert, the trial results were “over and beyond what could have been envisioned initially.”

Dr Ott said, “Accuracy rates of 80% to 100% in discriminating organic from conventional fields are a performance in itself. It seems very promising as far as the potential of future developments is concerned.”

More tests are being carried out now to turn this concept into an operational service that is reliable and affordable for users.

This new approach for organic farming was developed by Keyobs, VISTA and Belgium’s University of Liège under the guidance of Ecocert, as part of an ESA Earth Observation Market Development project.