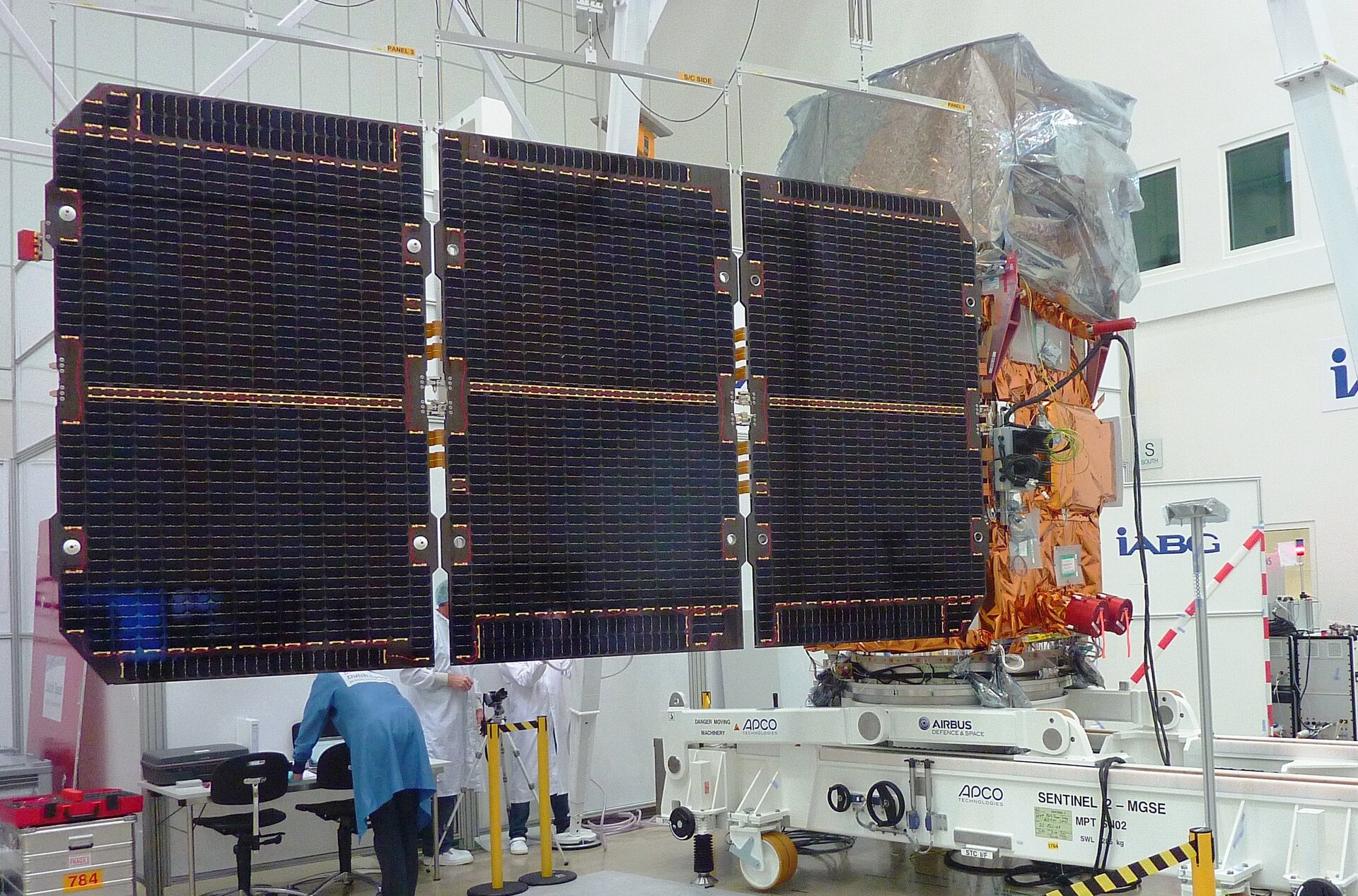 Imaging Earth’s land with unprecedented speed and resolution has come another step closer as the next Sentinel satellite has been given its solar wing and started a strenuous six-month test campaign to make sure that it is fit for launch next April.

Sentinel-2A is the next of ESA’s suite of satellites to be launched for Europe’s Copernicus programme – the largest Earth monitoring programme in the world.

This new satellite carries a multispectral imager to deliver an unprecedented combination of spatial, spectral and temporal resolution, along with systematic coverage of land and coastal areas.

With a growing global population in mind, the mission will provide key information to optimise crop yield, thereby helping to improve food security. Data will also be used to measure leaf area index, leaf chlorophyll and leaf water content to monitor plant growth. This will support effective crop management during the growing season.

As well as monitoring vegetation growth, the mission can be used to generate land-cover maps and to monitor the world’s forests. It will also provide information on pollution in lakes and coastal waters. Images of floods, volcanic eruptions and landslides will also be offered to respond to disasters and help humanitarian relief efforts.

Since users need this information as fast as possible, the satellite also carries a laser to transmit data to the European Data Relay System, EDRS, for fast delivery to Earth. EDRS is a network of ground stations and multiple satellites in geostationary orbit designed for relaying data.

Engineers at Airbus Defence and Space in Friedrichshafen, Germany, spent the summer carefully equipping the satellite with its state of-the-art multispectral imager and putting it all through a comprehensive set of functional and performance tests.

With this major milestone ticked off, the satellite was shipped to IABG in Ottobrunn in early August and now started a comprehensive range of tests.

Over the next six months it will be put through a wide range of mechanical, thermal, electromagnetic checks before it is shipped to Europe’s Spaceport in French Guiana for launch on a Vega rocket.

One of the first steps was to carefully connect the three-panel solar array to the satellite. This painstaking process took three days and was done on a special zero-g rig to simulate the absence of gravity. The wing was opened and tested with light to make sure it will generate the correct power for the satellite once in space.

In addition, the satellite’s mass, centre of gravity and ‘moment of inertia’ have been accurately determined. This is important for the launch and for the satellite’s release into orbit around Earth.

Over the next months, tests will be carried out to check the satellite’s interfaces with the rocket and to make sure that it can withstand the noise and vibrations during liftoff.

As part of preparing for the mission, ground system validation and commission activities are currently ongoing. The final Qualification and Acceptance Review will be held in February, before ESA gives permission to ship the satellite to French Guiana for launch.

Since Sentinel-2 is designed as a two-satellite mission, the Sentinel-2B satellite, which will launch about 15 months after Sentinel-2A, is also being developed in parallel.