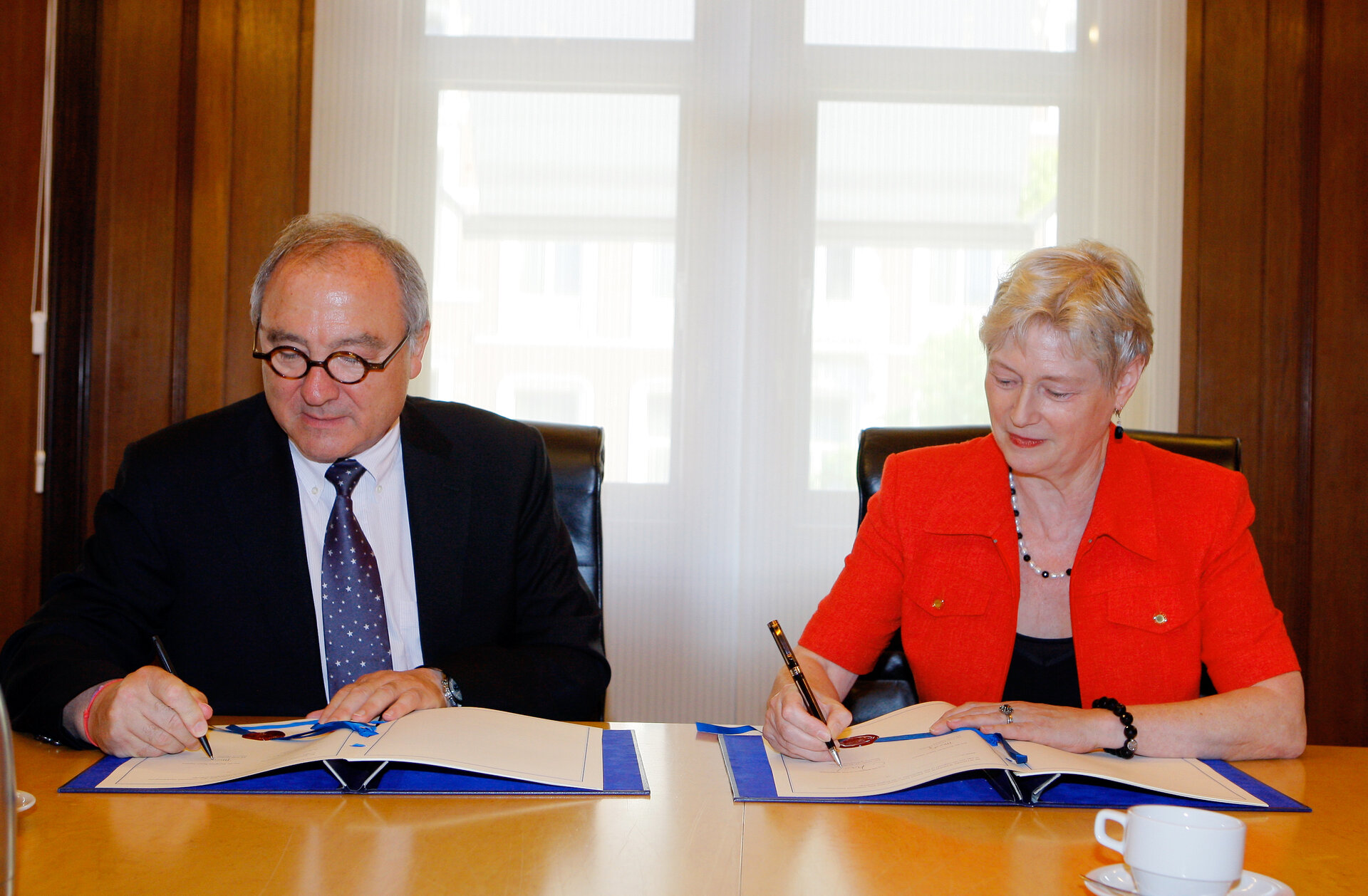 An agreement between ESA and the Dutch Ministry of Economic Affairs has just been signed that cements the Tropomi instrument as a national contribution for the GMES Sentinel-5 Precursor mission. The signature also means that construction of the instrument can now start.

The Tropospheric Monitoring Instrument, Tropomi, is an advanced imaging absorption spectrometer to provide data on atmospheric trace gases and aerosols impacting air quality and climate. Tropomi will be carried on ESA's Sentinel-5 Precursor mission, which is planned for launch in 2014.

The agreement was signed on 2 July in The Hague by ESA's Director General Jean-Jacques Dordain and the Dutch Minister of Economic Affairs Maria van der Hoeven.

The Dutch government had secured €78 million to build the Tropomi instrument and for the provision of a data processor and basic ground dissemination infrastructure. The construction of Tropomi will be carried out as a joint venture between the Netherlands Space Office NSO (formerly NIVR), the Dutch Royal Meteorological Institute KNMI, the Dutch Institute for Space Research SRON, TNO and Dutch Space.

Sentinel-5 Precursor will fly in low-Earth polar orbit and aims to fill the gap between the current atmospheric monitoring instruments Sciamachy on ESA's Envisat satellite and the Ozone Monitoring Instrument (OMI) carried on NASA's Aura mission, as these instruments come to the end of their lifetimes, and the launch of Sentinel-5 around 2020. Sentinel-5 Precursor, Sentinel-4 and Sentinel-5 will be devoted to atmospheric composition monitoring for the GMES Atmosphere Service.

The signature for Tropomi follows similar Agreements that have recently been signed with CNES and DLR.

The Agreement between CNES and ESA, signed on the 11 March by ESA's Director General and the President of CNES, covers the implementation of Sentinel-2 and -3 missions of the GMES Space Component. The Agreement states that CNES will provide support to ESA for Sentinel-2 image quality tasks and topography for Sentinel-3. CNES will also provide a DORIS instrument for Sentinel-3A.

In June, ESA also signed an Agreement with DLR for GMES. DLR is providing a contribution in kind to ESA by way of a LCT (Laser Communication Terminal), which will fly on Sentinel-1A. The LCT will allow communication via the European Data Relay Satellite system to ensure that data will be transmitted to the ground in near-real time, in particular, to support emergency and security services. This Agreement was signed by ESA’s Director of Telecommunications and Integrated Applications and ESA’s Director of Earth Observations Programmes.