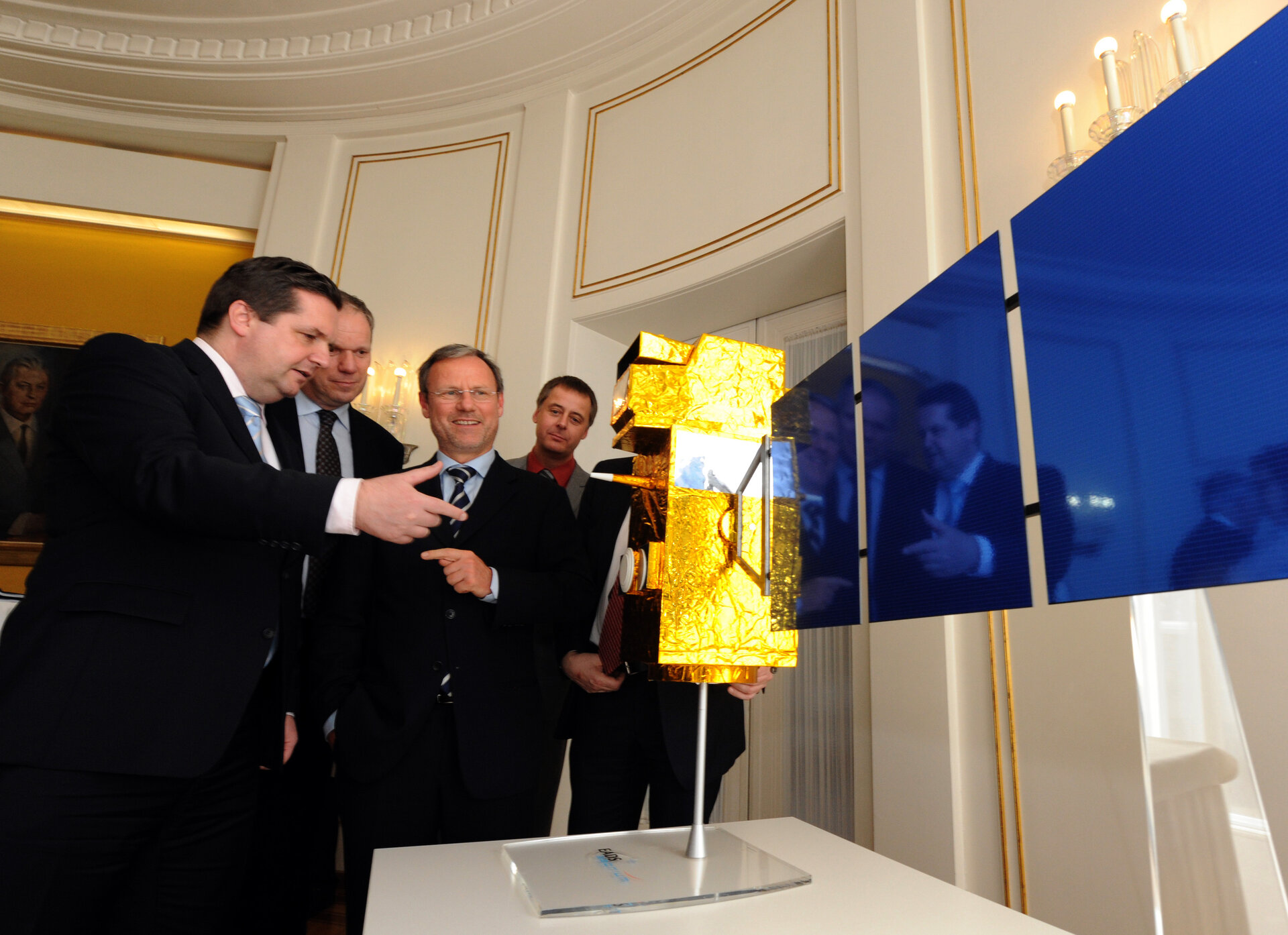 ESA has awarded a contract worth €105 million to Astrium to build the second Sentinel-2 satellite. Once both are operational, this pair of satellites will provide global coverage every five days, delivering high-resolution optical imagery for GMES land and emergency services.

Marking another milestone in Europe's Global Monitoring for Environment and Security (GMES) initiative, this contract follows hot on the heels of the agreement between ESA and Thales Alenia Space to build the second, or 'B units', for Sentinel-1 and Sentinel-3.

These contracts ensure that the first three Sentinel missions will fly as pairs to achieve fast coverage of Earth's land surface, acquiring the systematic data needed for the GMES services.

Sentinel-2 carries a multispectral imager that uses 13 spectral bands from the visible and near-infrared to the shortwave infrared to reveal different features of the landscape. Together with its swath of 290 km, this mission will realise a new generation of imagery for land monitoring.

The data, for example, will be used to generate land-cover and land-use change maps, as well as to monitor geophysical variables such as the area, chlorophyll and water content of leaves. In addition, Sentinel-2 data will find applications in disaster management and humanitarian relief operations.

The contract to build Sentinel-2B was signed by ESA's Director of Earth Observation Programmes, Volker Liebig, and the CEO of Astrium Satellites, Evert Dudok, in the presence of DLR's Chairman, Johann-Dietrich Wörner, and the Minister-President of Baden-Württemberg, Stefan Mappus.

"The Sentinel-2 satellites form an important element of the GMES initiative and will give Europe the ability to monitor environmental changes over an extended period of time," said Volker Liebig.

"GMES is a unique programme and with the Sentinel B units we can ensure global coverage as well as the availability of long-term data, as required by the users."

The contract follows on from the deal to build Sentinel-2A, which was signed in 2008 with Astrium. Astrium heads a core team and is responsible for the overall design of the satellite, the multispectral instrument, the platform and satellite integration and testing.

This contract demonstrates Europe's commitment to GMES, which, through the European Commission, will provide a wealth of services and information to understand and protect the environment.

In partnership with the European Commission, ESA's role is, in part, to realise this dedicated family of Sentinel Earth observation missions to provide the essential data needed for the user services.

The status of the GMES initiative will be presented and discussed at the upcoming Living Planet Symposium, which will be held in Bergen, Norway, on 28 June – 2 July.