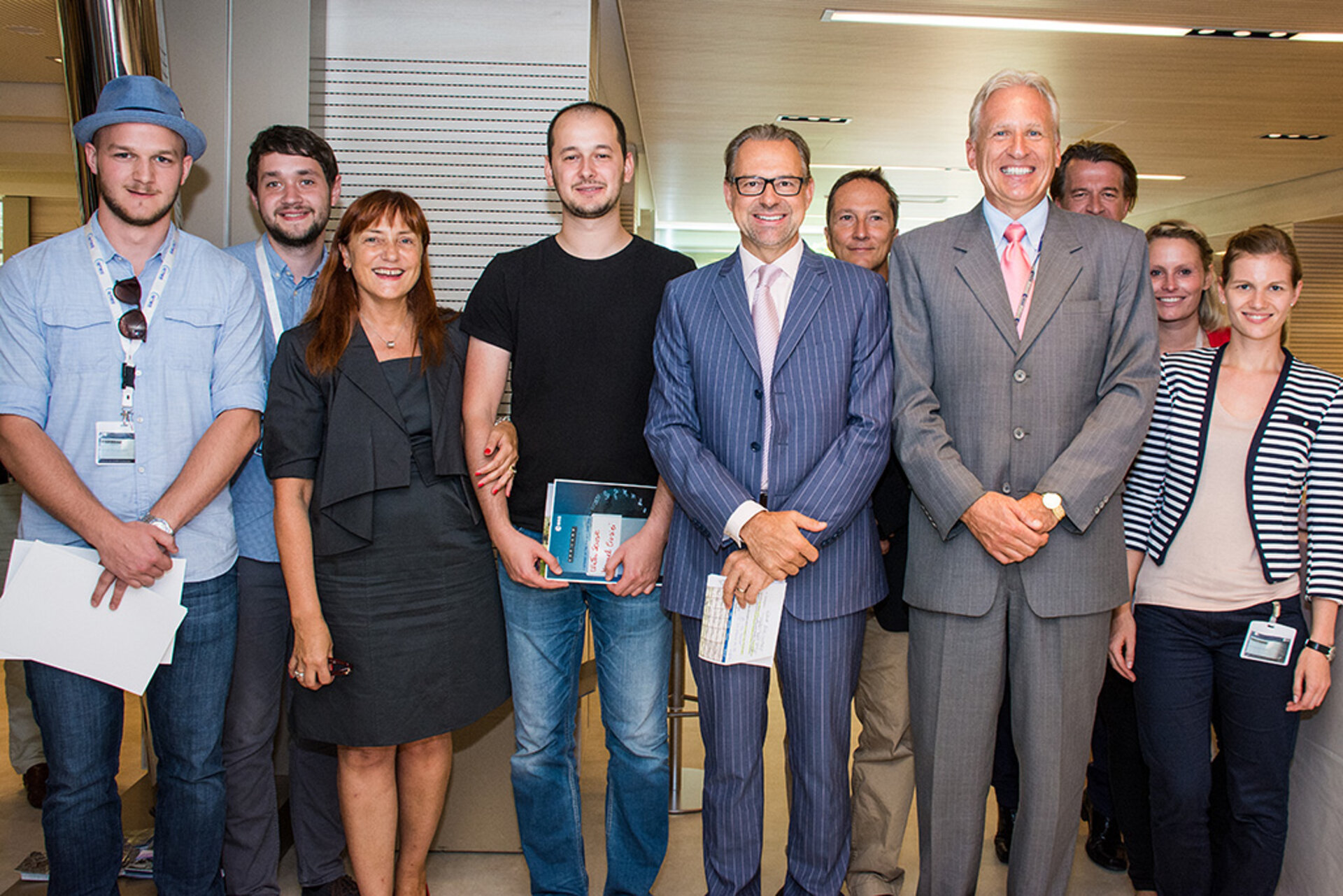 Using satellites for improving the exploitation of water resources is just one of the innovative ideas developed over the week-long 'camp' dedicated to creating mobile apps drawing on Earth observation data.

The goal was to bring Earth observation data – particularly coming from the European Copernicus environment-monitoring programme – to the everyday user through smartphones.

Each of the five teams had a week to create an app under the following categories: emergency and rescue management, marine environment and maritime transportation, lifestyle and tourism, environmental protection or agriculture.

Today, the teams presented their apps to a panel of ESA judges who ranked the projects based on innovation, relevance for Copernicus, market and business value, feasibility of the concept and overall presentation.

Developers of the WaterSense app won the challenge. The group proposed the use of satellite data on water availability and soil moisture to assist farmers with irrigation.

In Italy and Spain, about half of water resources are used for agriculture. The proposed app would combine information from ESA’s Sentinel-1 mission with weather predictions from meteorological satellites to give farmers a field-by-field analysis of soil moisture, resulting in the better use of precious water resources.

Members of the winning team were each presented with a cash prize of €625. All teams were encouraged to apply to one of the ESA’s 19 Business Incubation Centres to develop their ideas further.

Qinu – a word for ‘ice’ in Inuit – is a concept for an app that provides information on sea-ice thickness to fishermen, enabling them to evaluate risks such as getting boats stuck in ice.

The Lookout app would be used for wildfire detection and mapping, while the Sun Tracker app would give an hourly report of sunshine on ski slopes.