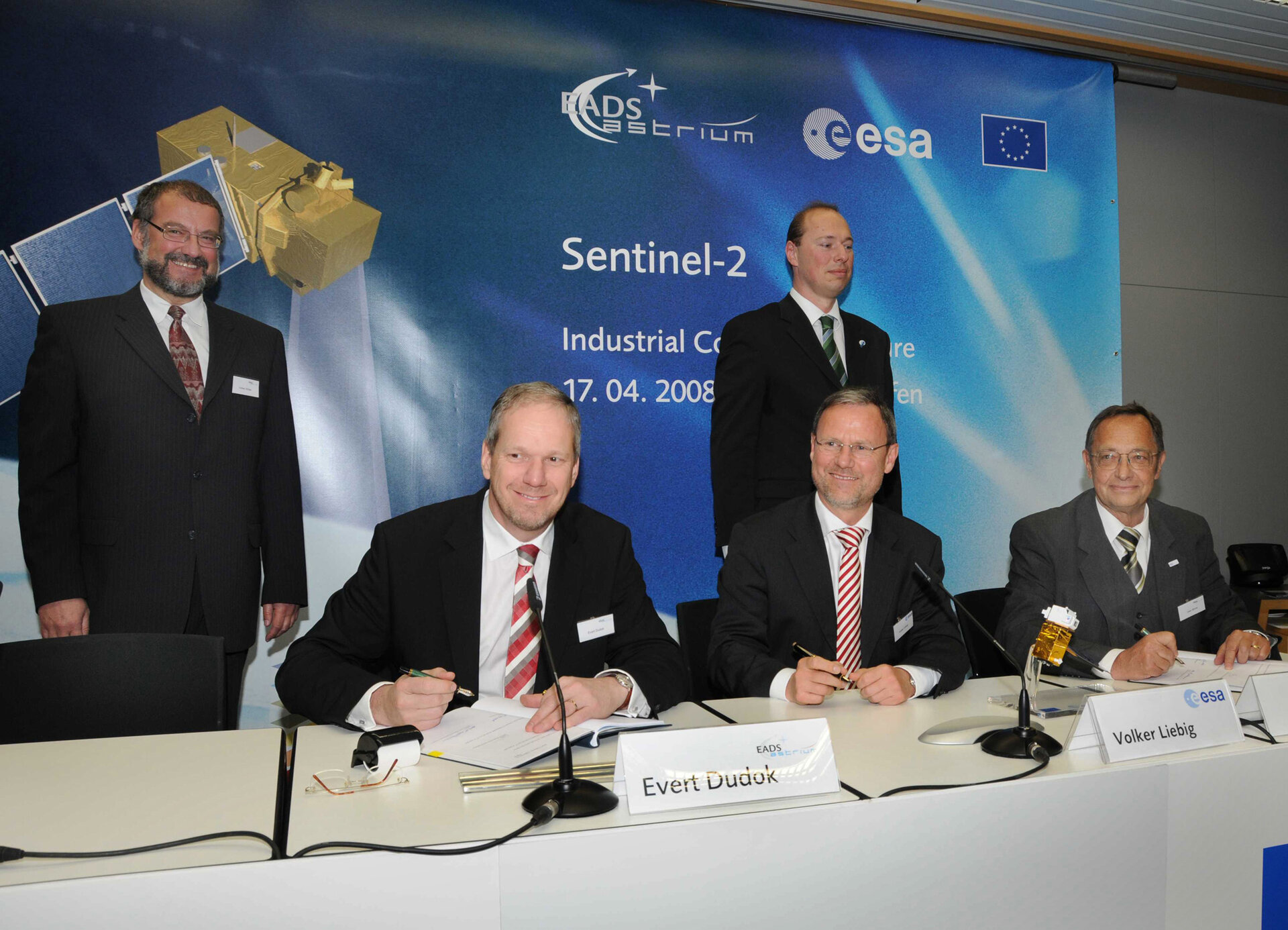 ESA PR 24-2008. The European Space Agency and Astrium today signed a €195 million contract to provide the first Sentinel-2 earth observation satellite, devoted to monitoring the land environment, as part of the European GMES programme. As prime contractor, Astrium is responsible for the design, development and integration of the satellite, which will perform a high-end multi-spectral optical imaging mission.

The contract was signed today in Friedrichshafen by Volker Liebig, ESA Director of Earth Observation, Evert Dudok, President of Astrium Satellites, and Uwe Minne, Director of Earth Observation & Science for Astrium, in the presence of the European Commission and Ulrich Kasparick, German Parliamentary State Secretary at the Transport, Building & Urban Affairs Ministry.

Underlining the value of this mission for Europe, Volker Liebig commented: "This satellite is an important element of GMES and will enable Europe to continuously observe changes in the environment".

ESA is responsible for implementation of the GMES Space Component, a set of earth observation missions involving ESA, EU/ESA Member States and other partners. Central elements of the Space Component are the five families of Sentinel missions.

Sentinel-2 will support the operational generation of products such as the mapping of land cover, land use, change detection and geophysical variables. The mission objective is systematic coverage of the earth’s land surface (from -56° to +83° latitude) to produce cloud-free imagery typically every 15 to 30 days over Europe.

ESA carried out the Sentinel-2 definition phase over 2005/2006. The implementation phase started in October 2007. The launch of the first Sentinel-2 satellite is planned for 2012.