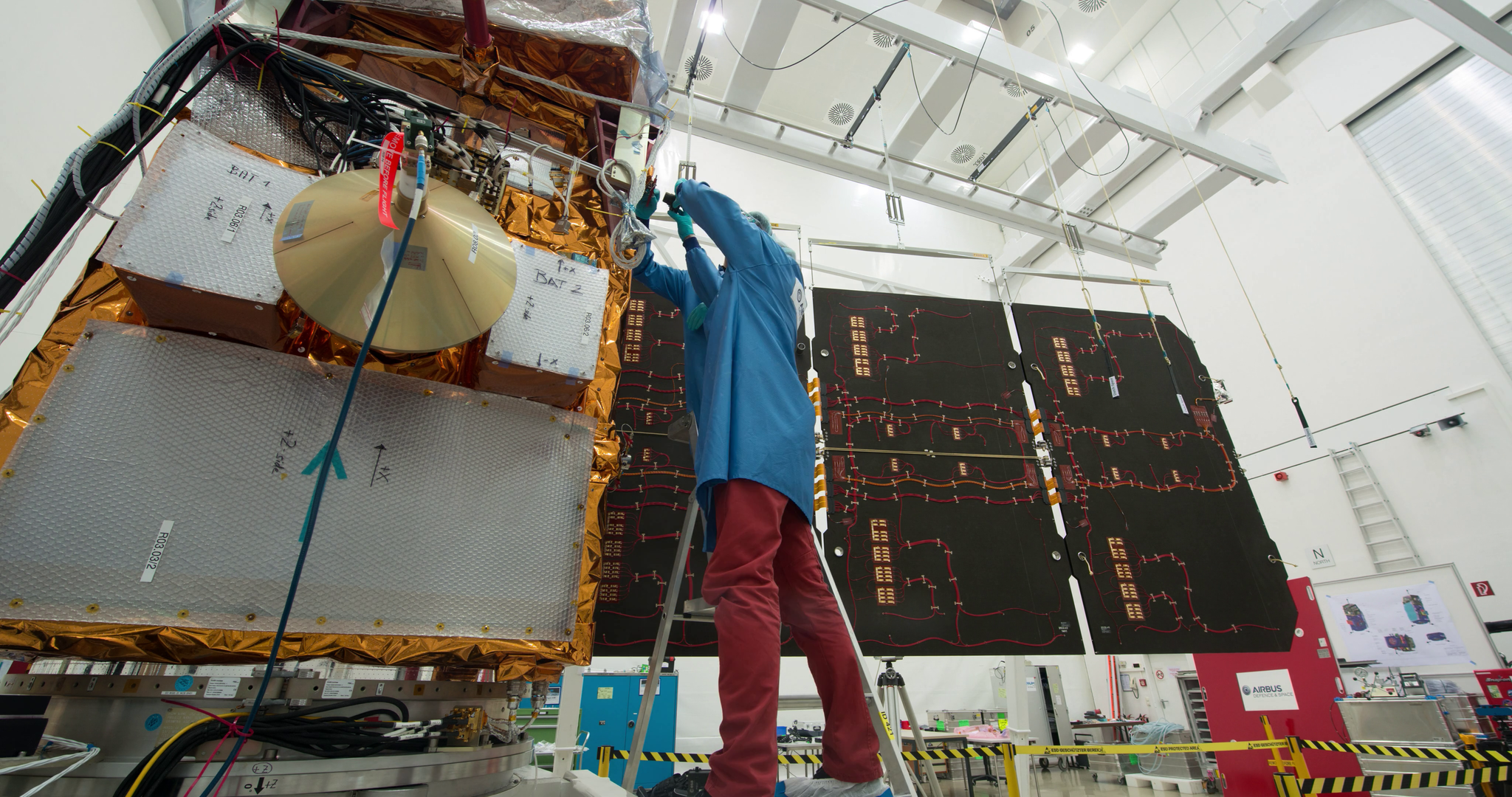 Once in space, Sentinel-2A will open its solar wing to generate the power it needs to carry out the task of monitoring Earth’s vegetation. Engineers have recently made sure this move is well rehearsed before the satellite is packed up and shipped to the launch site.

This final deployment test marks the end of a six-month programme at IABG in Germany to make sure the satellite can withstand the shocks and vibrations during liftoff and that it is fit for a long working life in the harsh environment of space.

The mission will provide information for numerous applications such as for agricultural practices and to help manage food security. Its data will be used to determine various plant indices such as leaf area index and chlorophyll content, which are important help predict crop yield.

As well as monitoring plant growth, Sentinel-2 can be used to map changes in land cover and to monitor the world’s forests. It will also provide information on pollution in lakes and coastal waters. Images of floods, volcanic eruptions and landslides contribute to disaster mapping and help humanitarian relief efforts.

All this requires cutting-edge satellite technology.

ESA’s Sentinel-2A System, Engineering and Operations Manager, Omar Sy, said, “Over six years in the making, Sentinel-2A carries the most advanced satellite imager of its kind.

“Now that all the components that make up this 1140 kg satellite have been fully verified, we can look forward to the very last steps towards launch.”

The sequence to test the deployment of the solar wing test, which took just less than a minute, involved commands by the onboard software – precisely as will happen in space.

However, since the effects of gravity in the cleanroom are somewhat different to space, a rig was set up and carefully aligned to support the wing, which when fully deployed measures over four metres.

As another step on the road to launch, the team at ESA’s European Space Operations Centre in Germany are getting ready to operate Sentinel-2A in orbit and completing final tests on the ground segment.

This latest Copernicus satellite is now being carefully packed away in a special container that will keep it safe during its journey to the launch site in French Guiana. The satellite will have one final test, a ‘leak test’, in the container to ensure the propulsion system is tight.

Bound for Europe’s Spaceport in French Guiana, Sentinel-2A will leave Munich aboard an Antonov cargo plane on 20 April.