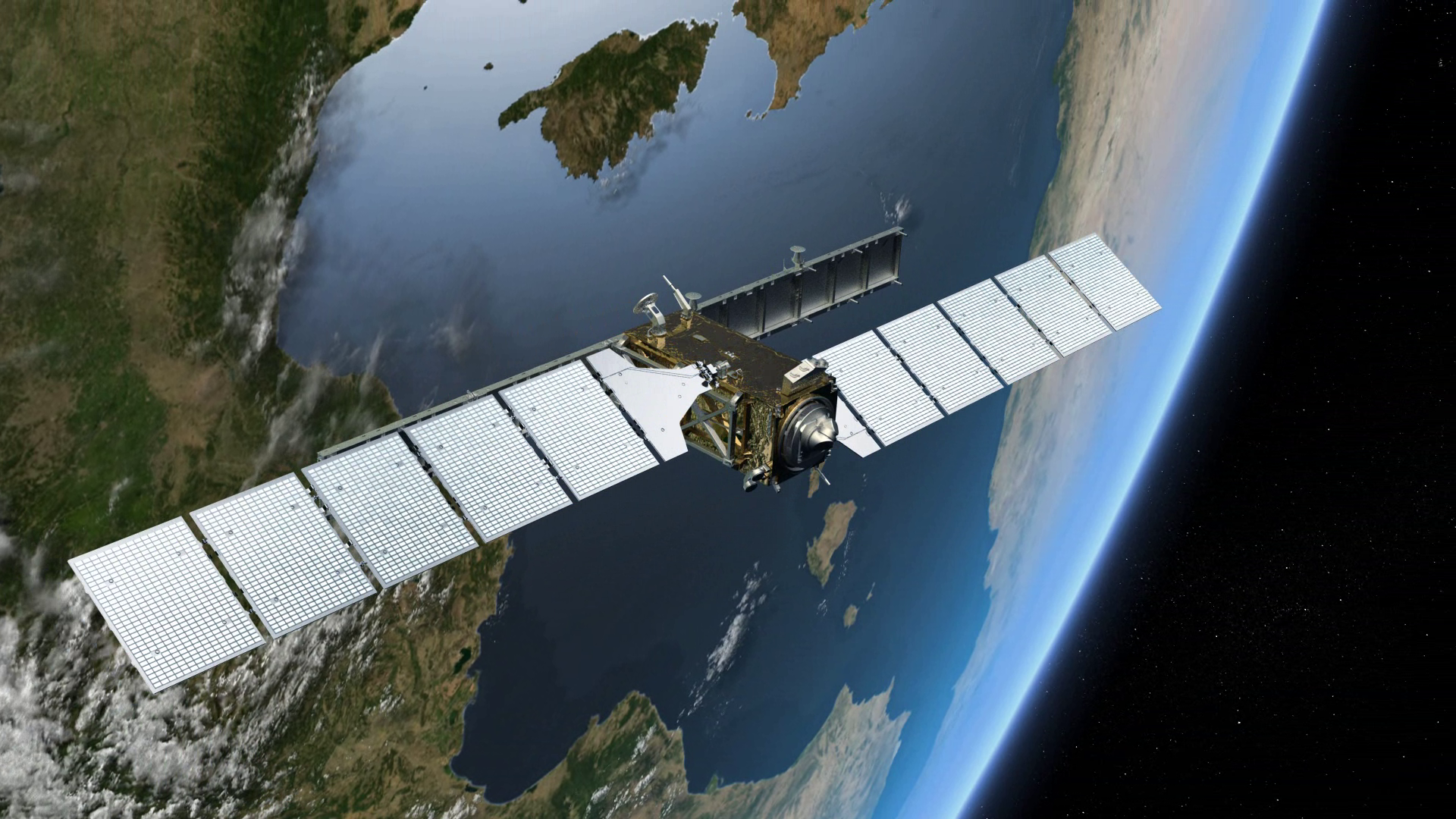 ESA’s first Sentinel satellite dedicated to Europe’s Copernicus environmental monitoring programme is nearing completion in readiness for launch. The series of Sentinels and this ambitious programme were much in focus at the Living Planet Symposium this week.

The Sentinel-1 mission is a constellation of two satellites, the first of which is planned to be launched next spring.

The flight acceptance review is set for January, which will confirm that the satellite is fit for liftoff and its life in orbit.

Sentinel-1 will be launched on a Soyuz rocket from Europe’s Spaceport in Kourou, French Guiana, with its sister satellite following about 18 months later.

Introducing the mission at the symposium, Sentinel-1’s System Manager, Dirk Geudtner, outlined what this new radar mission will be used for.

“Sentinel-l will provide consistent routine data for the operational monitoring of oceans, including oil spills, sea ice and for the surveillance of marine transport zones.

“It will also monitor land cover, surface deformation, ice shelves and glaciers, and will be used to support disaster monitoring and humanitarian aid.”

He went on to add that it carries a C-band synthetic aperture radar designed to last at least seven years.

Ramón Torres, ESA’s Sentinel-1 Project Manager said, “With the launch of Sentinel-1, a page will be turned in the operational monitoring of Earth.

“Thanks to its innovative instrument modes which ensure conflict-free operations, full coverage will be systematically achieved every six days with much-improved quality with respect to past systems.

“Every part of Earth will be routinely imaged in support of multiple application areas, ranging from maritime surveillance to the safe routing of ships through sea ice and to mapping land deformation”.

There are five families of Sentinels each carrying different instruments, so that together they offer a wealth of information for services that help improve daily life and address the environmental consequences of climate change.

As with Sentinel-1, the first Sentinel-2 and Sentinel-3 satellites are in the final stages of development.

The success of the Sentinels will be critical factor for Europe’s Copernicus programme.

Reflecting the transition from development to operations, the programme was recently renamed Copernicus as it was formerly called Global Monitoring for Environment and Security, GMES.

The next slice of European funding is important for the programme’s space component. The EU multiannual financial framework (MMF) includes the provision of €3786 million (at 2011 economic conditions) for the Copernicus system, encompassing the space component, the in situ component and the operational services).

“First the EU Copernicus Regulation needs to be finalised before the EU/ESA agreement is confirmed, and this is expected to happen in 2014,” noted Josef Aschbacher, Head of ESA’s Copernicus Space Office.

“The launch of Sentinel-1 is tightly linked to timing of this EU/ESA agreement as the provision of operational funds from EU is required to operate the mission, among other things.

“ESA and the EU will work together to achieve smooth implementation of new EU funds.”