The ability of European citizens, policymakers and service providers to access key environmental data on a routine basis will take a major step forward following the launch today of ESA’s Sentinel-1A satellite.

After a 617 sec burn, the Fregat upper stage delivered Sentinel into a Sun-synchronous orbit at 693 km altitude. The satellite separated from the upper stage 23 min 24 sec after liftoff.

“The Copernicus programme will provide European citizens with the most ambitious space-based services in the world for environmental and security applications.

“The cooperation between the EU and ESA Member States in the funding of the space infrastructure, the combination of competences and expertise between the European Commission and ESA, and the capabilities of European industry, are putting Europe at the forefront of utilisation of space to benefit citizens, policymakers and the  economy.” 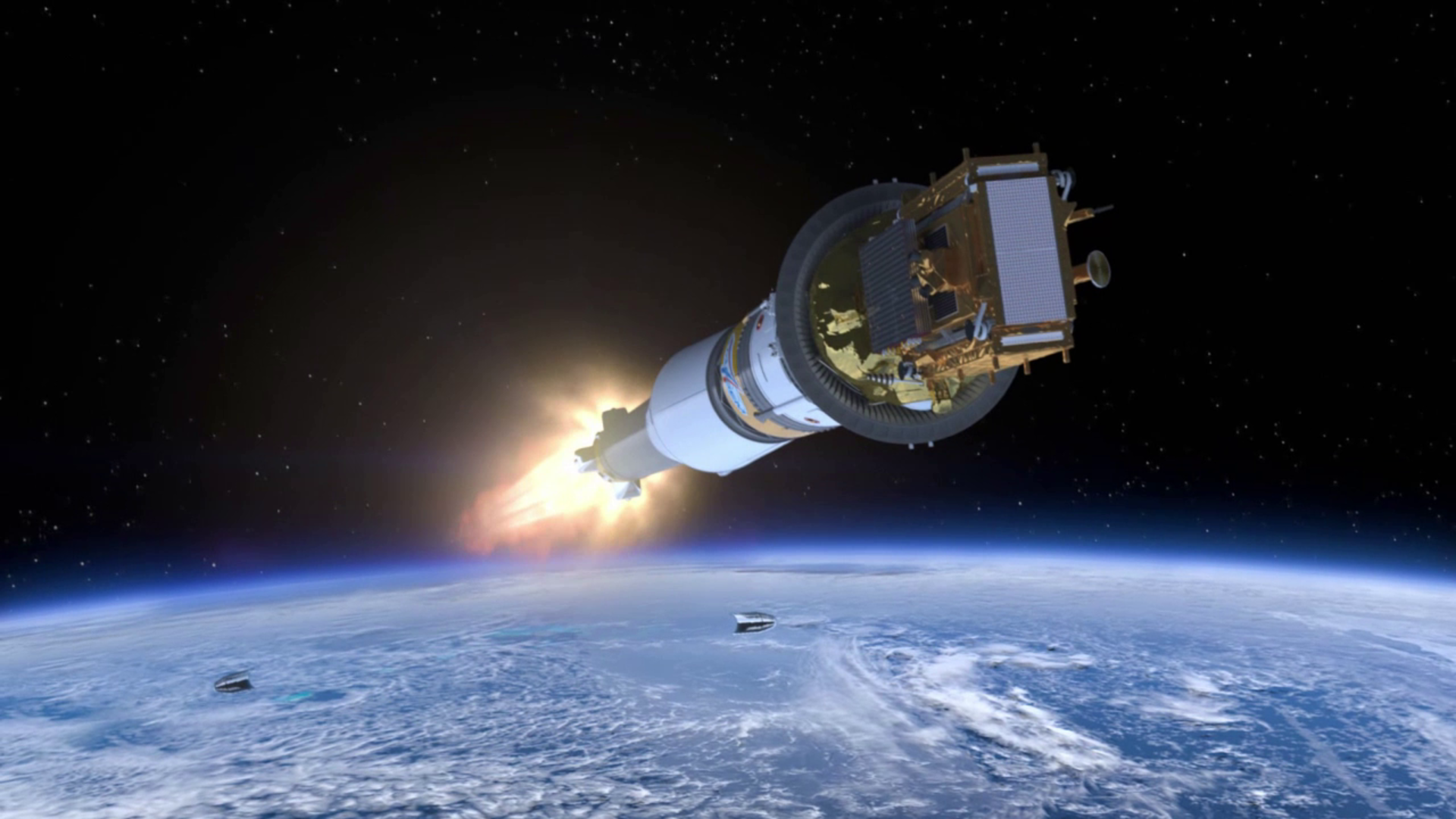 The mission is the first of six families of dedicated missions that will make up the core of Europe’s Copernicus environmental monitoring network. Copernicus will provide operational information on the world’s land surfaces, oceans and atmosphere to support environmental and security policymaking and the needs of individual citizens and service providers.

Designed as a two-satellite constellation – Sentinel-1A and -1B – the C‑band radar mission will provide all-weather day-and-night imagery of land and ocean surfaces of Europe, Canada and the polar regions in near‑real time.

Equipped with a powerful ‘synthetic aperture radar’, it will ensure continuity with the European Envisat satellite, which stopped working in 2012 after 10 years of service. The technology is based on a long heritage of radar satellites, starting with ERS-1 23 years ago.

“The launch of the first Sentinel-1 satellite marks a change in philosophy for our Earth observation programmes,” said Volker Liebig, ESA’s Director of Earth Observation Programmes. “In meteorology, satellites have been providing reliable data for weather forecasts for over 35 years.

“With the Copernicus programme, we will now have a similar information source for environmental services as well as for applications in the security and disaster management domain.”

In addition to transmitting data to a number of ground stations around the world for rapid dissemination, Sentinel-1 is also equipped with a laser terminal to transmit data via European Data Relay System satellites in geostationary orbit for continual data delivery.

The satellite’s solar panels and antenna are now being deployed in a complex sequence expected to take around 11 hours. The completion of deployment will be announced at www.esa.int/sentinel-1 and via Twitter @ESA_EO

After the initial ‘launch and early orbit phase’, the satellite will go into the commissioning phase, when all instruments will be checked and calibrated. The mission is expected to begin operations within three months.

Data from the Sentinel satellites will be provided on a free and open basis. Raw data will be analysed and processed by public and private sector service providers.