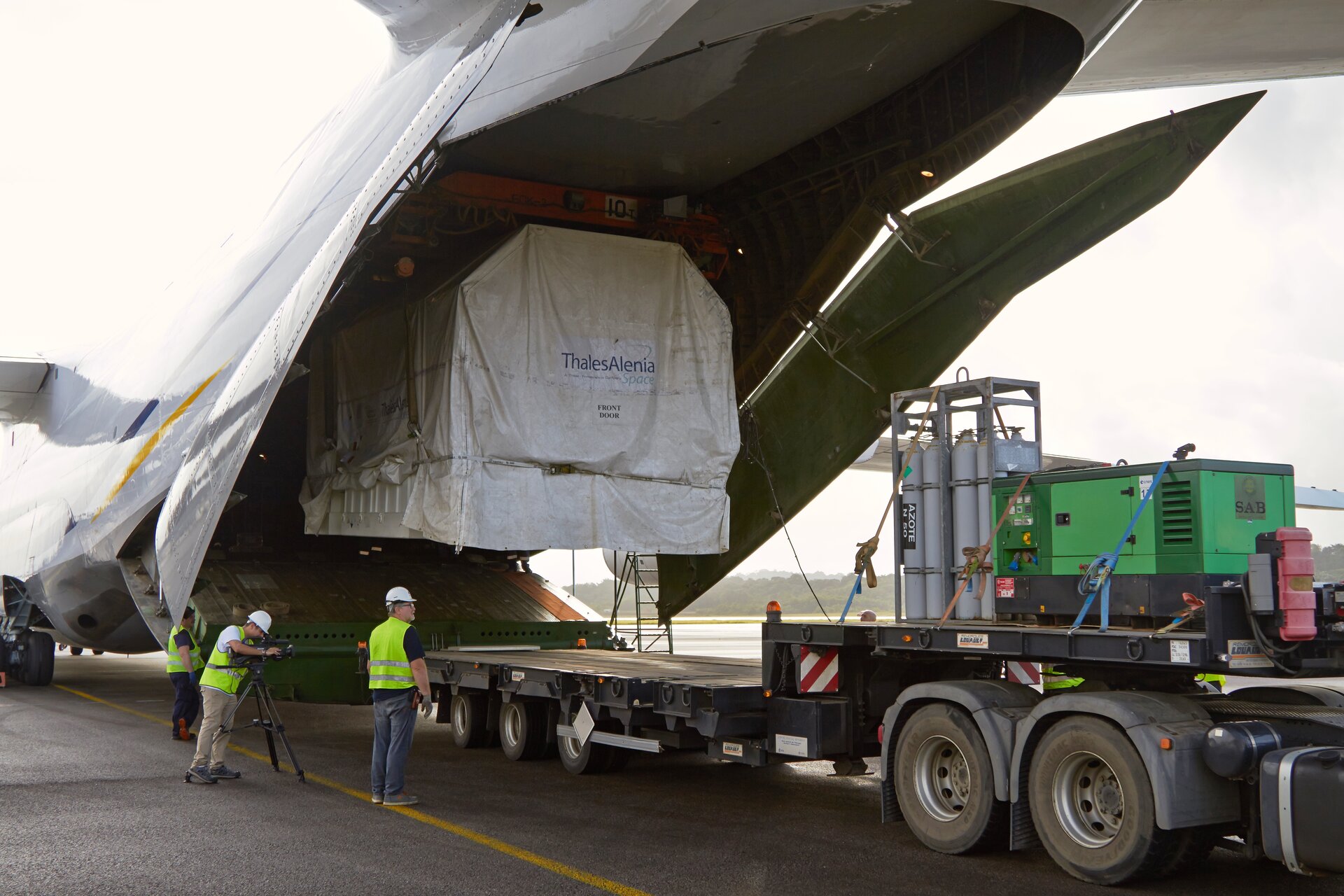 The Sentinel-1B satellite has arrived in French Guiana to be prepared for liftoff on 22 April. It will join its identical twin, Sentinel-1A, in orbit to provide more radar views of Earth for Europe’s Copernicus environmental monitoring effort.

The satellites each carry an advanced radar for all-weather, day-and-night coverage of Earth’s surface. Working together, they will image the entire planet every six days.

With liftoff a matter of weeks away, Sentinel-1B arrived at Cayenne airport in French Guiana on Tuesday. After being taken to Europe’s Spaceport near Kourou, it was left in its transport container to stabilise.

The team have now opened the container and moved the satellite into the ‘high bay’, where it will spend the coming weeks being tested and prepared for liftoff.

ESA’s Sentinel-1 project manager, Ramón Torres, said, “I am very proud of the team that made it possible to come back to Kourou to launch our second Sentinel-1 satellite just two years after Sentinel-1A.

“Sentinel-1A has been a huge success, providing radar images that are being used for the EU’s Copernicus services. Once Sentinel-1B is in orbit we will be providing data twice as fast.

“This information is vital for many applications that improve everyday life and help us monitor and understand our changing planet.”

It is also used for monitoring land movement, mapping for forest, water and soil management, and for mapping to support humanitarian aid and crisis situations.