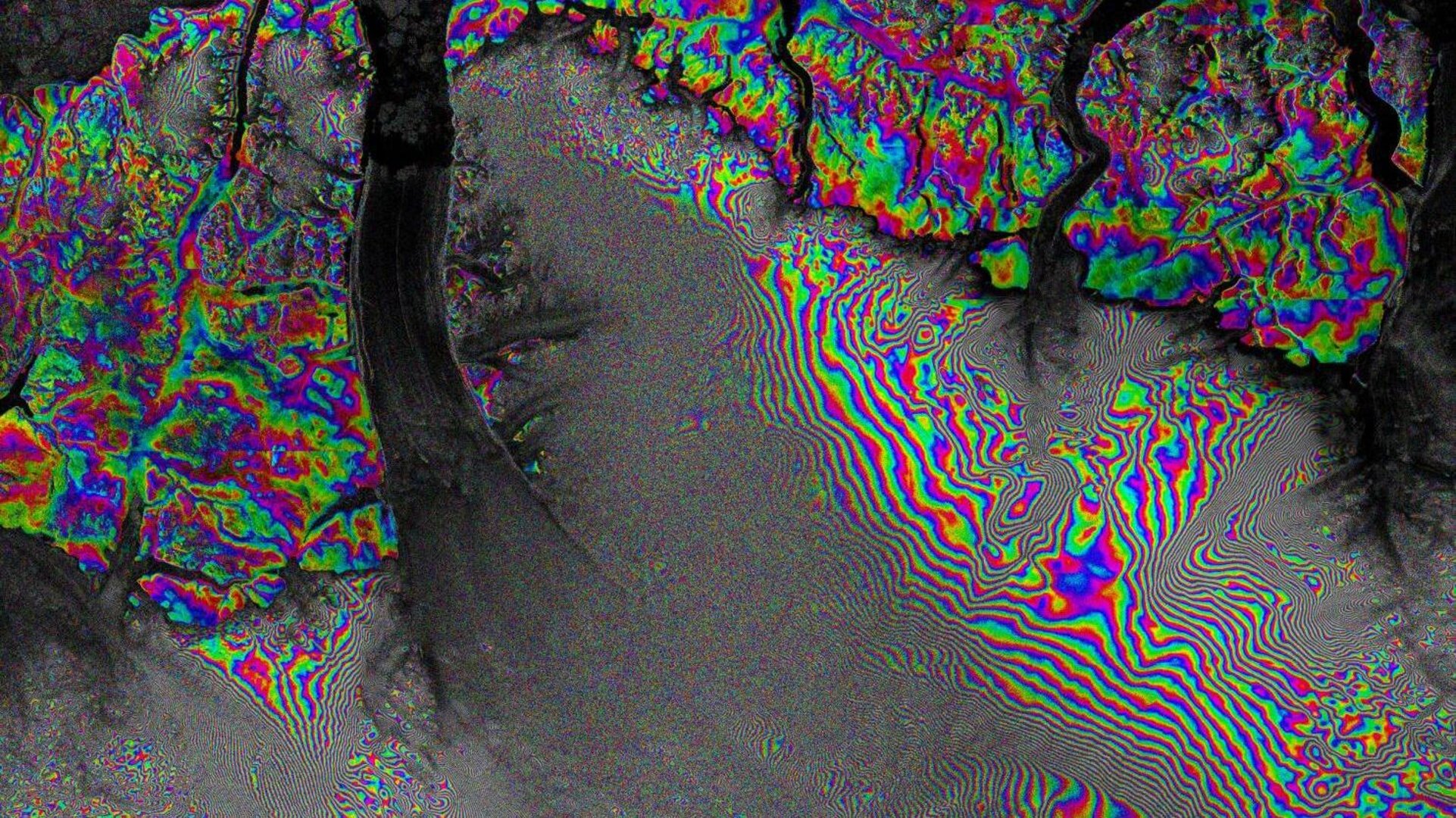 Sentinel-1A, Europe’s first satellite for Copernicus, is almost ready for launch on 3 April. Meanwhile, ESA is showing how its advanced radar will map ice, monitor subsidence and much more.

Carrying an advanced radar, it will scan Earth’s surface no matter what the weather and regardless of whether it is day or night.

In crisis situations, it will be used for rapid response to disasters such as floods and earthquakes. Its radar will routinely monitor shipping zones, map sea ice and provide information on winds and waves for marine traffic, track changes in the way land is being used, and monitor subsidence. It will also track how glaciers move, as shown in the image above of Petermann Glacier in northwest Greenland.

So that users are fully prepared for the images Sentinel-1A delivers, Canada’s Radarsat-2 was recently programmed by MacDonald, Dettweiler & Associates to scan Earth’s surface using the same novel ‘interferometric’ wide-swath mode technique as Sentinel-1. Consequently, a suite of images was acquired over various sites.

As the most realistic Sentinel-1-like images to date, they show the performance and suitability of the new mission for classifying different types of sea ice, detecting ships and monitoring oil platforms.

They also included image pairs to show changes in glaciers such as Petermann, and a ‘stack’ of 11 images to map surface subsidence in Mexico City.

The image of Petermann Glacier was derived from two images taken 24 days apart. It shows some stationary and slowly moving features, as well as some large areas of much faster-moving ice. The pattern’s fringes are widely spaced in the stationary areas and closer together in the centre of the glacier where the ice is moving much faster.

The wealth of data available through ESA’s Earth observation campaign data website is helping to pave the way for users to get the maximum out of the upcoming mission.