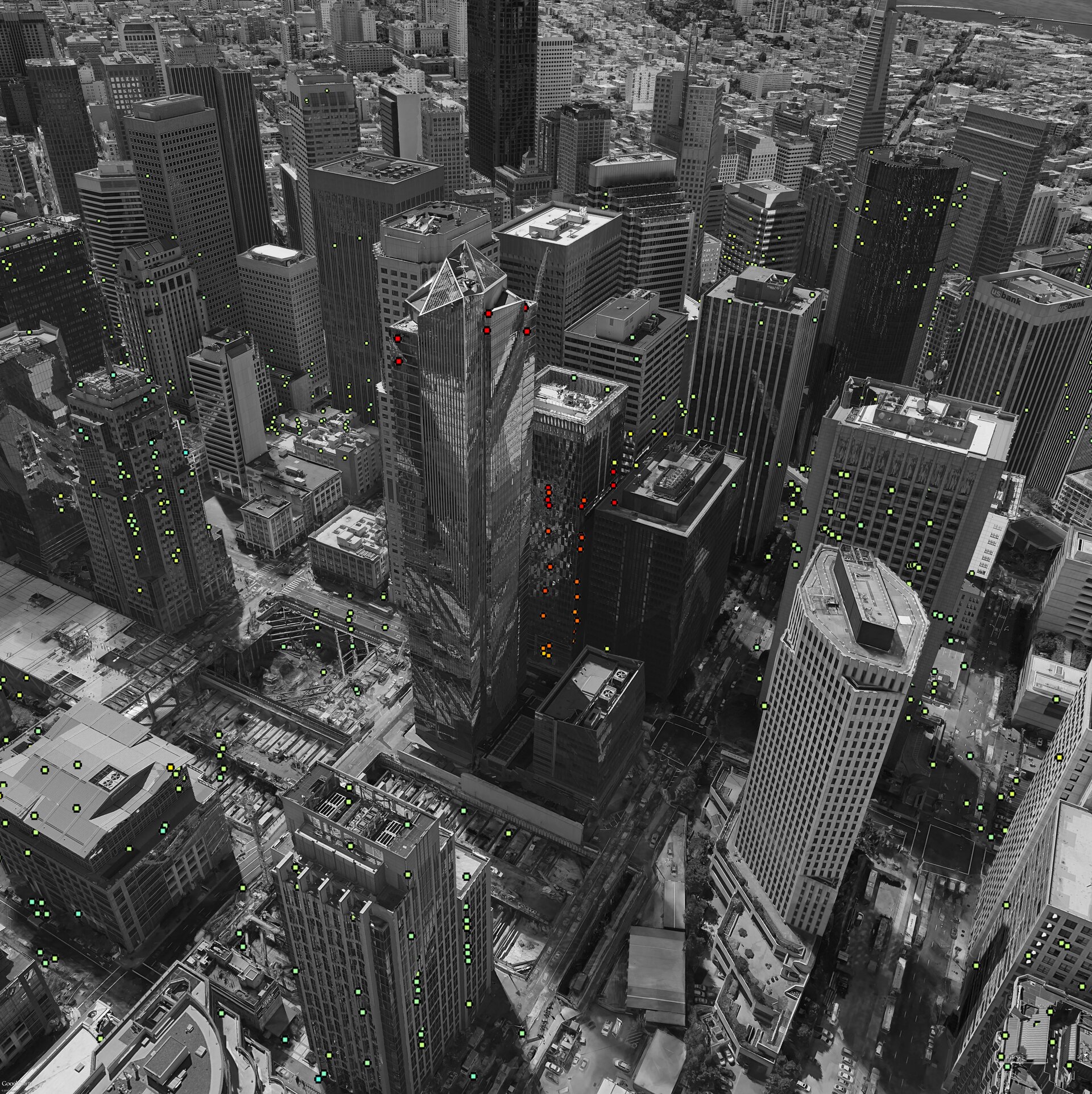 The Sentinel-1 satellites have shown that the Millennium Tower skyscraper in the centre of San Francisco is sinking by a few centimetres a year. Studying the city is helping scientists to improve the monitoring of urban ground movements, particularly for subsidence hotspots in Europe.

Completed in 2009, the 58-storey Millennium Tower has recently been showing signs of sinking and tilting. Although the cause has not been pinpointed, it is believed that the movements are connected to the supporting piles not firmly resting on bedrock.

To probe these subtle shifts, scientists combined multiple radar scans from the Copernicus Sentinel-1 twin satellites of the same area to detect subtle surface changes – down to millimetres. The technique works well with buildings because they better reflect the radar beam.

It is also useful for pinpointing displacement hotspots over large areas, thanks to Sentinel-1’s broad coverage and frequent visits.

Working with ESA, the team from Norut, PPO.labs and Geological Survey of Norway have also mapped other areas in the wider San Francisco Bay Area that are moving. These include buildings along the earthquake-prone Hayward Fault, as well as subsidence of the newly reclaimed land in the San Rafael Bay.

An uplift of the land was detected around the city of Pleasanton, possibly from the replenishment of groundwater following a four-year drought that ended in 2015.

European cities experience similar subsidence, and the San Francisco study is helping because it contains a multitude of features.

For example, the area around Oslo’s train station in Norway is reclaimed land. Newer buildings, such as the nearby opera house, have proper foundation into bedrock, but the older parts of the station experience severe subsidence.

“Experience and knowledge gained within the ESA’s Scientific Exploitation of Operational Missions programme give us strong confidence that Sentinel-1 will be a highly versatile and reliable platform for operational deformation monitoring in Norway, and worldwide,” noted John Dehls from the Geological Survey of Norway.

The studies of San Francisco and Oslo are paving the way for moving from targeted case studies to a nationwide or even continental-scale land deformation service.

“In Norway, we have already initiated a framework project to provide nationwide basic deformation products to the public, with a free and open data policy. Many other countries in Europe are also working towards setting up similar services,” noted Dr Moldestad.