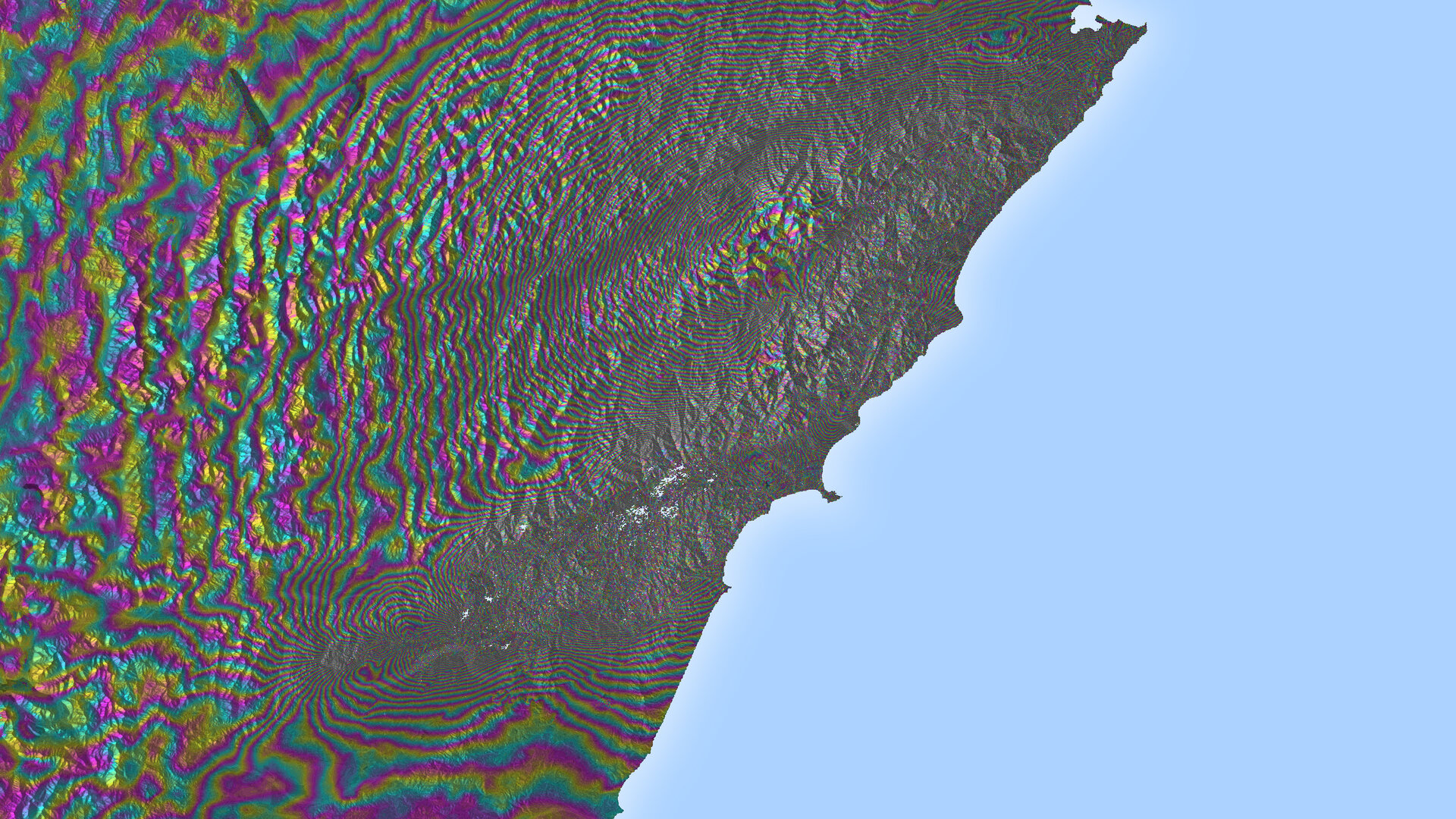 Satellite radar scans of last year’s earthquake in New Zealand are changing the way we are thinking about earthquake hazards in regions where our planet’s tectonic plates meet.

The 7.8-magnitude quake that struck New Zealand’s South Island near the town of Kaikoura on 14 November was one of the most comprehensively recorded earthquakes in history.

Immediately after it, a team of scientists from New Zealand, the UK and the US began to study radar images from the Copernicus Sentinel-1 and Japanese ALOS-2 missions to measure the extent of the land movement.

They found that the quake caused the ground to rise by 8–10 m and offset features like roads that crossed the fault by up to 12 m. This caused large landslides and triggered a tsunami.

Satellite radar scans from before and after the quake showed that the ground-based seismic readings were not giving accurate assessments of where the ruptures were occurring.

Seismic readings are based on the shockwaves rippling through Earth. Although they are the quickest way to gather information on earthquakes, they are unable to show details in complex quakes like Kaikoura.

But radar satellites like Sentinel-1 can detect movements of millimetres in the ground and across wide areas, providing a detailed picture of land deformation and the locations of fault lines.

In the case of Kaikoura, it showed the research team that ruptures took place across many separate faults.

They saw that the complexity and large amount of uplift point towards how mountains in regions such as New Zealand could build rapidly.

“We’ve never seen anything like the Kaikoura quake before – it was one of the most complex ever recorded,” said Professor Tim Wright, study co-author and director of the Centre for the Observation and Modelling of Earthquakes, Volcanoes and Tectonics at the UK’s University of Leeds.

“An earthquake commonly ruptures across a single fault line or faults that are closely grouped, but Kaikoura ruptured at least 12 major crustal faults across two distinct active fault domains.

“This challenges many assumptions about how individual faults control earthquake ruptures.”

The study published yesterday in Science has prompted scientists to reassess how many different faults can be involved in a single earthquake, and could potentially help to re-evaluate seismic hazard models.

“There was growing evidence internationally that conventional seismic hazard models are too simple and restrictive,” said Dr Ian Hamling, a natural hazards geodesist from New Zealand research institute GNS Science and the lead author of the study.

“The message from Kaikoura is that earthquake science should be more open to a wider range of possibilities when rupture models are being developed. It underlines the importance of re-evaluating how rupture scenarios are defined for seismic hazard models. ”

New Zealand’s complex network of faults is similar to those found in western US, Japan and central Asia.

“While earthquakes like Kaikoura’s do not commonly occur, the data we’ve gathered from this event will expand our understanding of similar boundary zones around the world,” said Dr John Elliott from Leeds’ School of Earth and Environment, and co-author.

“Not only could the data help inform us for the future but it may change how we’ve interpreted ancient earthquakes.

“If an earthquake like Kaikoura’s took place thousands of years ago, current methods of paleoseismology would possibly see it as a series of earthquakes over a long period of time, rather than as one large single quake.”