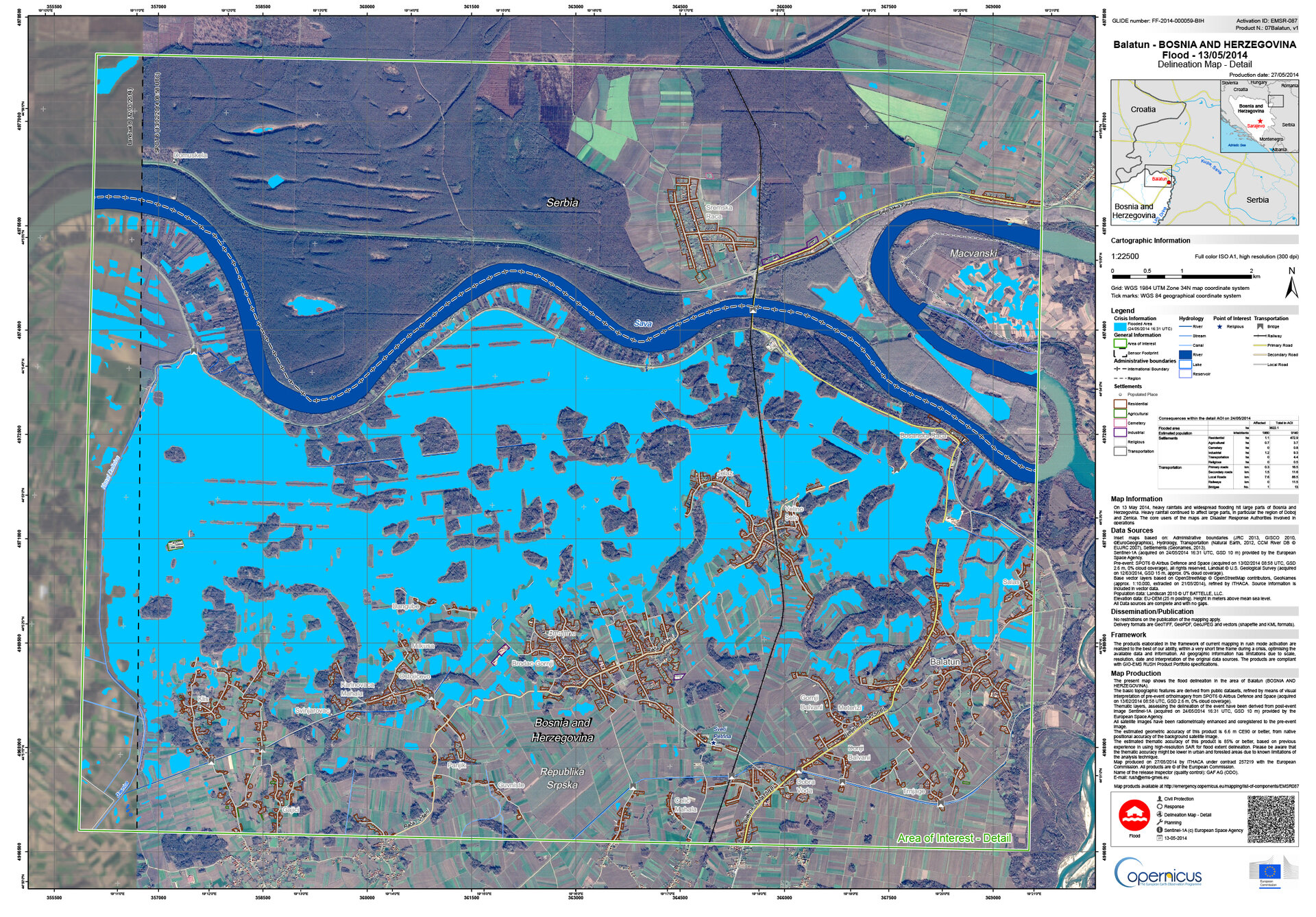 Although not yet operational, the new Sentinel-1A satellite has provided radar data for mapping the floods in Bosnia and Herzegovina.

Heavy rainfall leading to widespread flooding and landslides has hit large parts of the Balkans, killing dozens of people and leaving hundreds of thousands displaced.

Jan Kucera of the Europan Commission’s Joint Research Centre is supervising the technical aspect of the Copernicus Emergency Management Service (EMS). While mapping the flooding in northeastern Bosnia and Herzegovina, ESA delivered a radar scan from Sentinel-1A: “I had a first look and discovered that we were missing an important flooded area visible in the middle of the image.”

Although the radar on Sentinel-1A is still being calibrated, the new information could be integrated into the Copernicus EMS flood maps of the Sava river in the Balatun area in Bosnia and Herzegovina.

“In emergency situations like these, it is important that we optimise all the available data to produce better maps for disaster relief efforts.”

The radar on Sentinel-1 is able to ‘see’ through clouds, rain and in darkness, making it particularly useful for monitoring floods. Images acquired before and after a flood offer immediate information on the extent of inundation and support assessments of property and environmental damage.

Sentinel-1A was launched on 3 April, and is the first in a fleet of Sentinel satellites developed for Europe’s Copernicus environment monitoring programme.

Although the satellite is still being commissioned, this Balkan coverage is an early example of the kind of operational data the mission will provide for emergency response.

Once operational, Sentinel-1 will revolutionise the use of satellites in risk assessment management and emergency response with its provision of large amounts of radar data in a systematic fashion.

The new scans are also being used by the International Charter Space and Major Disasters, which was activated by the Russian risk management authorities involved in flood response in Serbia.

The Charter is an international collaboration between the owners and operators of Earth observation missions to provide rapid access to satellite data to help disaster management authorities.