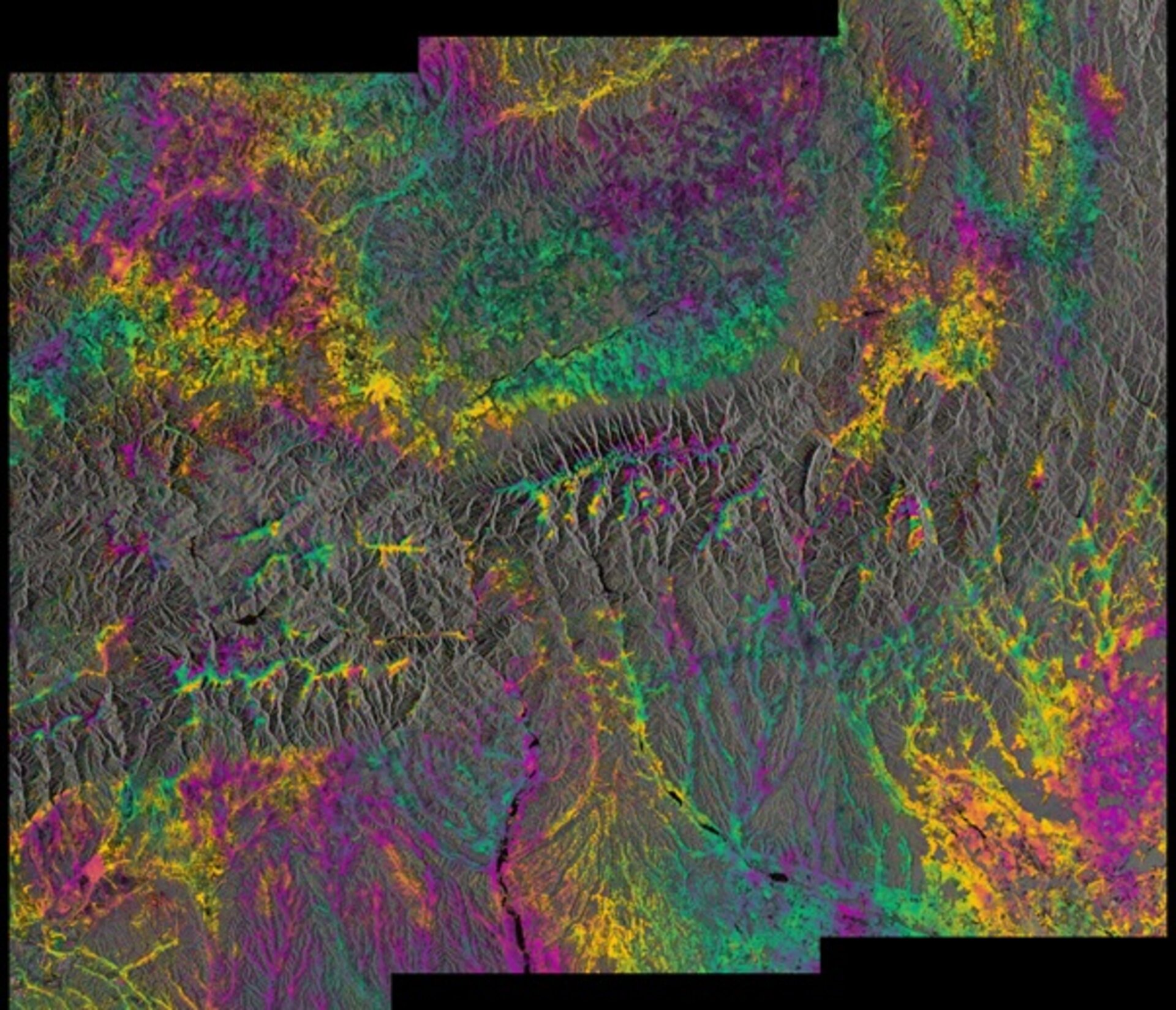 The twin Sentinel-1 satellites have – for the first time – combined to show their capability for revealing even small deformations in Earth’s surface.

The satellite is now orbiting Earth 180° apart from its twin, Sentinel-1A, at an altitude of almost 700 km. With both satellites finally in the same orbit, together they can cover the whole globe every six days.

It has now been demonstrated that future images acquired by the pair can be merged to detect slight changes occurring between scans.

This technique is particularly useful for generating accurate maps of surface deformation over wide areas, such as those caused by tectonic processes, volcanic activities or landslides.

It is also an ideal tool for monitoring glacier flow and changes in Arctic and Antarctic ice shelves.

Sentinel-1’s first such paired ‘interferogram’ combined a Sentinel-1A scan over southern Romania on 9 June with a Sentinel-1B acquisition over the same area just one day before reaching its target orbit position.

Another interferogram over northwest Romania was produced shortly after Sentinel-1B reached its final orbit.

The rainbow-coloured patterns are related to topography, and they demonstrate that the two satellites’ identical radars are accurately synchronised, pointing in the same direction and that the satellites are in their correct orbits.

Once commissioning is completed in mid-September, the pair will be ready to deliver data for the systematic and routine monitoring of Earth surface deformation and ice dynamics.

“After the great success of generating the first radar image less than three days after liftoff, I am very happy to report another outstanding success as it is the generation of the first interferograms with Sentinel-1B on the same day that we reached the orbital position, 180° apart from Sentinel-1A,” said ESA’s Sentinel-1 project manager, Ramón Torres.

“It is of paramount importance to the mission that we have demonstrated, at the first try, that the two Sentinel-1 satellites work very well together.”