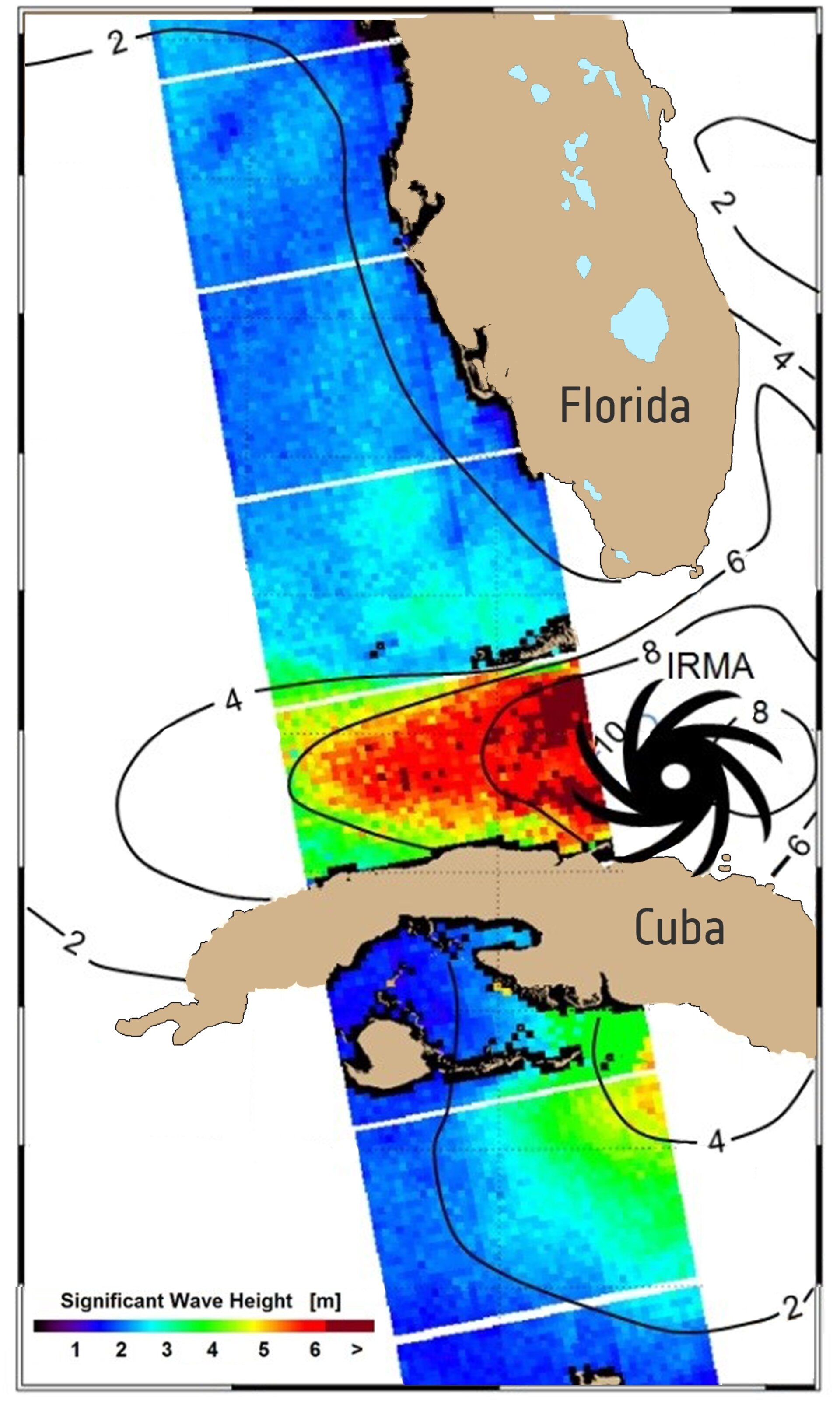 This year’s Atlantic hurricane season has been a harsh reminder of the grief and devastation brought by these vast storms. Imaging the top of hurricanes from space is nothing new, but the Sentinel-1 satellites can see right through these towering spinning weather systems, measuring the sea surface below to help predict the storm’s path.

The 2017 hurricane season isn’t even over yet, but 10 Atlantic storms in a row have already reached hurricane strength – the first time this has happened in more than a century.

Since understanding and predicting these powerful weather systems is essential to saving lives and property, scientists have been looking into how the Copernicus Sentinel-1 radar mission can help.

Information from this state-of-the art mission is used for numerous applications, from monitoring sea ice and marine oil spills to mapping floods and land-surface deformation caused by earthquakes.

Unlike satellites that carry optical instruments, from which we get the familiar images of the top of hurricanes, radar can penetrate clouds to image the sea underneath these powerful and destructive weather systems.

Taking Sentinel-1 beyond its original scope, scientists at the German Aerospace Center have developed a technique that allows the radar to probe sea-surface wind and wave heights.

Importantly, this information about the state of the sea can help to assess how destructive a hurricane is and predict its path – and, therefore, where and when it is likely to make landfall.

The same information can also be used to warn ships and to issue warnings of coastal flooding.

This new technique was used for the first time when hurricane Irma struck Cuba and the Florida Keys in early September. Here, waves up to 10 m high were measured.

Sentinel-1 works in several different modes, but it is its ‘wide swath mode’, which is 250 km wide with a resolution of 5 x 20 m, is particularly valuable for understanding ocean waves.

This is especially important because in situ measurements of wind and sea state cannot be gained from buoys or dropped probes in such extreme weather or over such a wide area.

ESA’s Sentinel-1 project manager, Ramón Torres, said, “We see the Sentinel-1 mission being used for many different applications that benefit society, but this is a particularly good example of how the mission could make a real difference to people’s lives. Sentinel-1 is delivering beyond our expectations.”