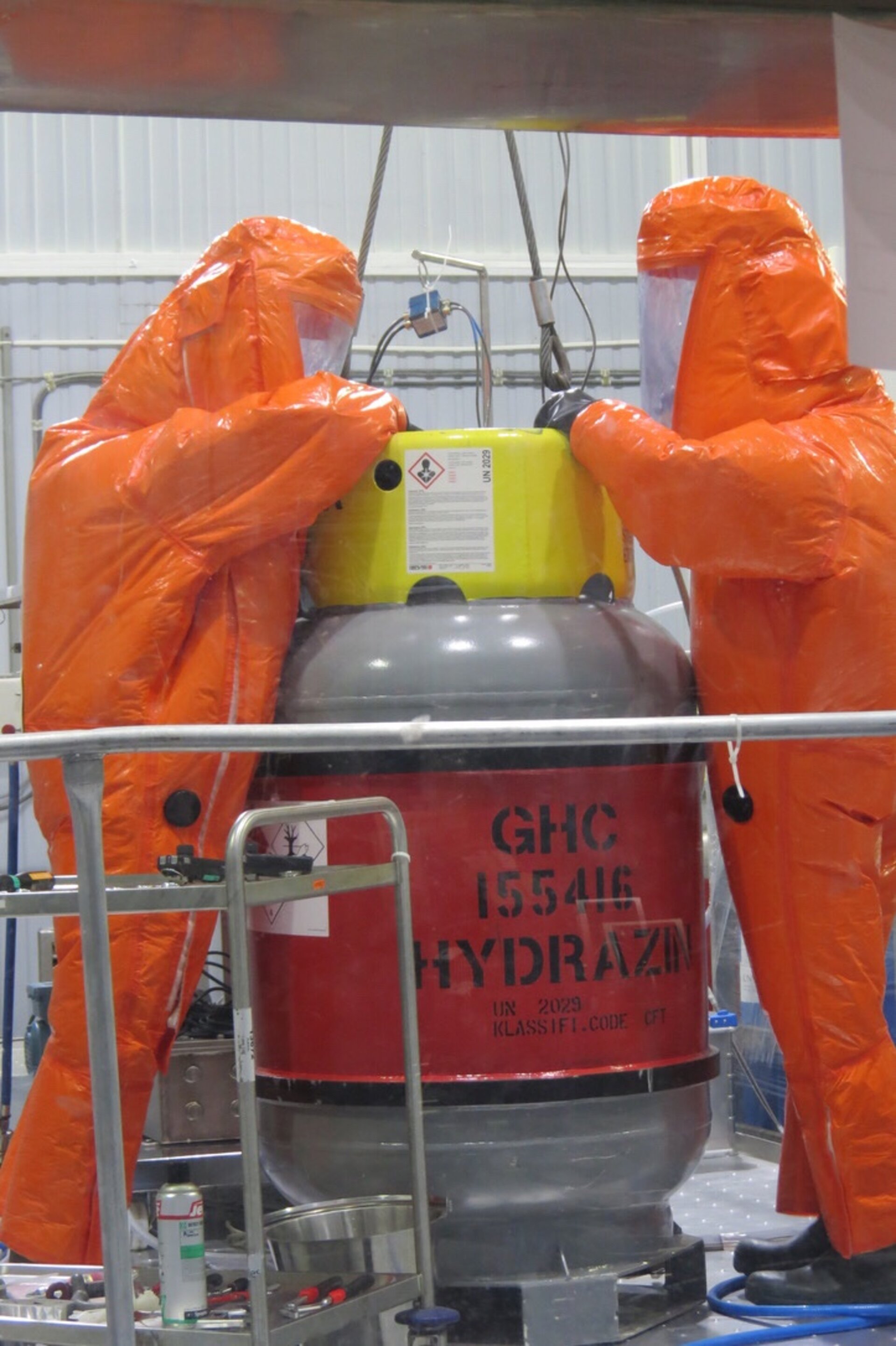 Getting a satellite ready to be launched involves a long list of jobs, but with the Copernicus Sentinel-3B satellite now fuelled, this particular ‘to do’ list is significantly shorter. And, importantly, all is on track for liftoff on 25 April.

Since hydrazine is extremely toxic, only specialists dressed in bulky astronaut-like suits remained in the cleanroom for the duration of the activity. A doctor, fire personnel and security staff waited nearby with an ambulance and fire engine ready to respond to any problems.

ESA’s Sentinel-3 project manager, Bruno Berruti, said, “This is a big job ticked off our list, and thanks to the expertise of the Thales Alenia Space propulsion team, it was executed perfectly.

“We can now get ready for the next big task, which is to place the satellite in the rocket fairing, sealing it from view.”

In orbit it will join its identical twin, Sentinel-3A, which was launched in 2016. This pairing of satellites provides the best coverage and data delivery for Copernicus.

Sentinel-3B is the seventh Sentinel satellite to be launched for Copernicus. Its launch will complete the constellation of the first set of Sentinel missions for Europe’s Copernicus programme.