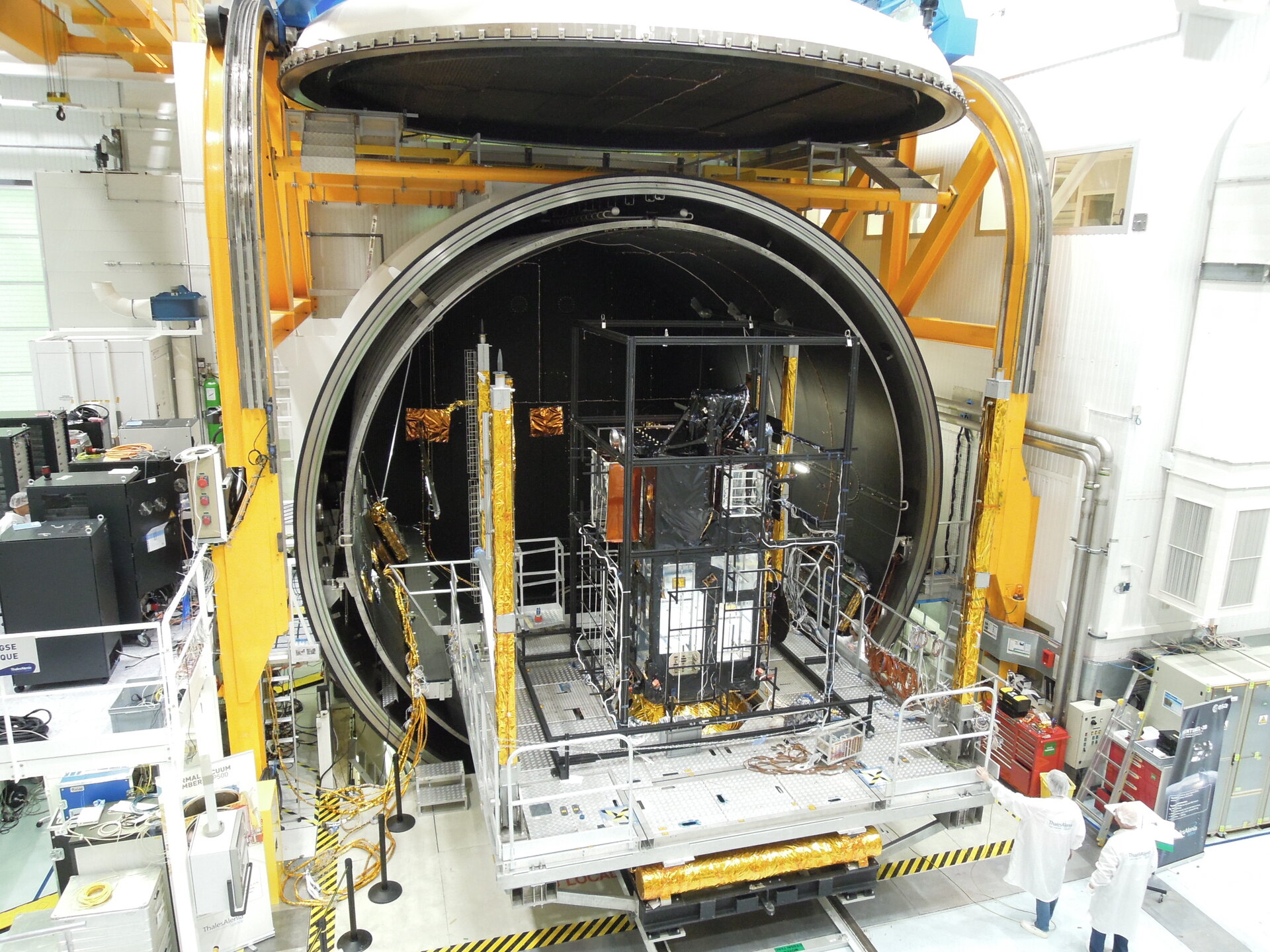 While the Copernicus Sentinel-3A satellite is in orbit delivering a wealth of information about our home planet, engineers are putting its twin, Sentinel-3B, through a series of vigorous tests before it is shipped to the launch site next year.

The Sentinel-3 mission is designed as a two-satellite constellation to give optimum global coverage and data delivery for Europe’s environmental monitoring Copernicus programme.

Sentinel-3A has been in orbit since February 2016 and will be joined by Sentinel-3B next year.

First, however, it has to be put through its paces to make sure it is ready for a life in space.

It is now in the thermal–vacuum chamber at Thales Alenia Space’s facilities in Cannes, France. This huge chamber simulates the huge swings in temperature facing the satellite in space.

ESA’s Sentinel-3 engineering manager, Kristof Gantois, said, “It is full steam ahead to make sure Sentinel-3B is fit and ready to join its twin.

“Our Thales colleagues are working around the clock monitoring and testing the satellite under these harsh conditions.

“Here, the air has been removed by a vacuum pump and over the course of about  four weeks the satellite is being subjected to temperatures as low as –45°C and as high as 50°C.

“This is an essential part of the testing programme to make sure the satellite can withstand the harsh environment of space.”

Once this is over, the satellite will be put through other tests to prepare it for liftoff in 2018.

Feeding a new generation of data products, the mission is at the heart of operational oceanography. For example, it provides measurements to monitor aquatic biological productivity and marine pollution, to map sea-level change and to forecast the sea state for efficient and safe ship routeing.