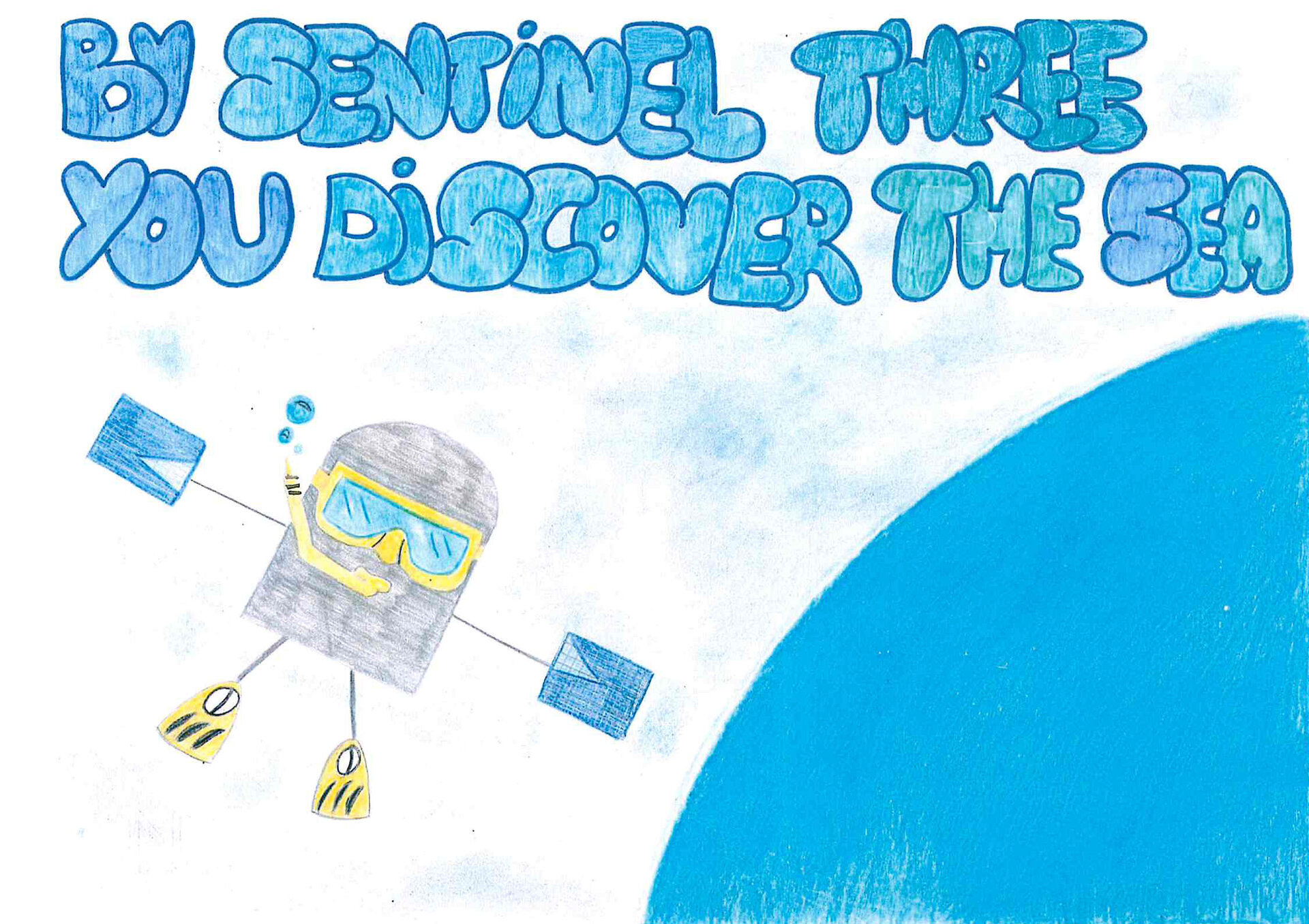 In March, ESA’s centre for Earth observation, ESRIN, in Italy opened its doors to children to learn more about European space research.

A drawing and slogan competition about the Copernicus Sentinel-3 mission was one of the many activities on offer during the event.

Children entering the competition were asked to make a drawing of the Sentinel-3A satellite and write a slogan that captured the essence of the mission.

More than 500 children submitted their artwork to the competition – making the judges’ decision a difficult one.

ESA is happy to announce not one, but two winners who captured the essence of the mission’s objectives for both marine and land applications.

Chiara Giovannoli who attends Rome’s Istituto Marco Ulpio Traiano won for the marine-related drawing. Her picture included the slogan: “By Sentinel three you discover the sea.”

For land applications, Helena Bartsch from the Swiss School in Rome won for her artwork, including the slogan: “Life is also in space green.”

With a focus towards our oceans, Sentinel-3 measures the temperature, colour and height of the sea surface as well as the thickness of sea ice.

These measurements will be used, for example, to monitor changes in sea level, marine pollution and biological productivity.

Over land, this innovative mission is providing a bigger picture by monitoring wildfires, mapping the way land is used, provide indices of vegetation state and measure the height of rivers and lakes – complementing the high-resolution measurements of its sister mission Sentinel-2.