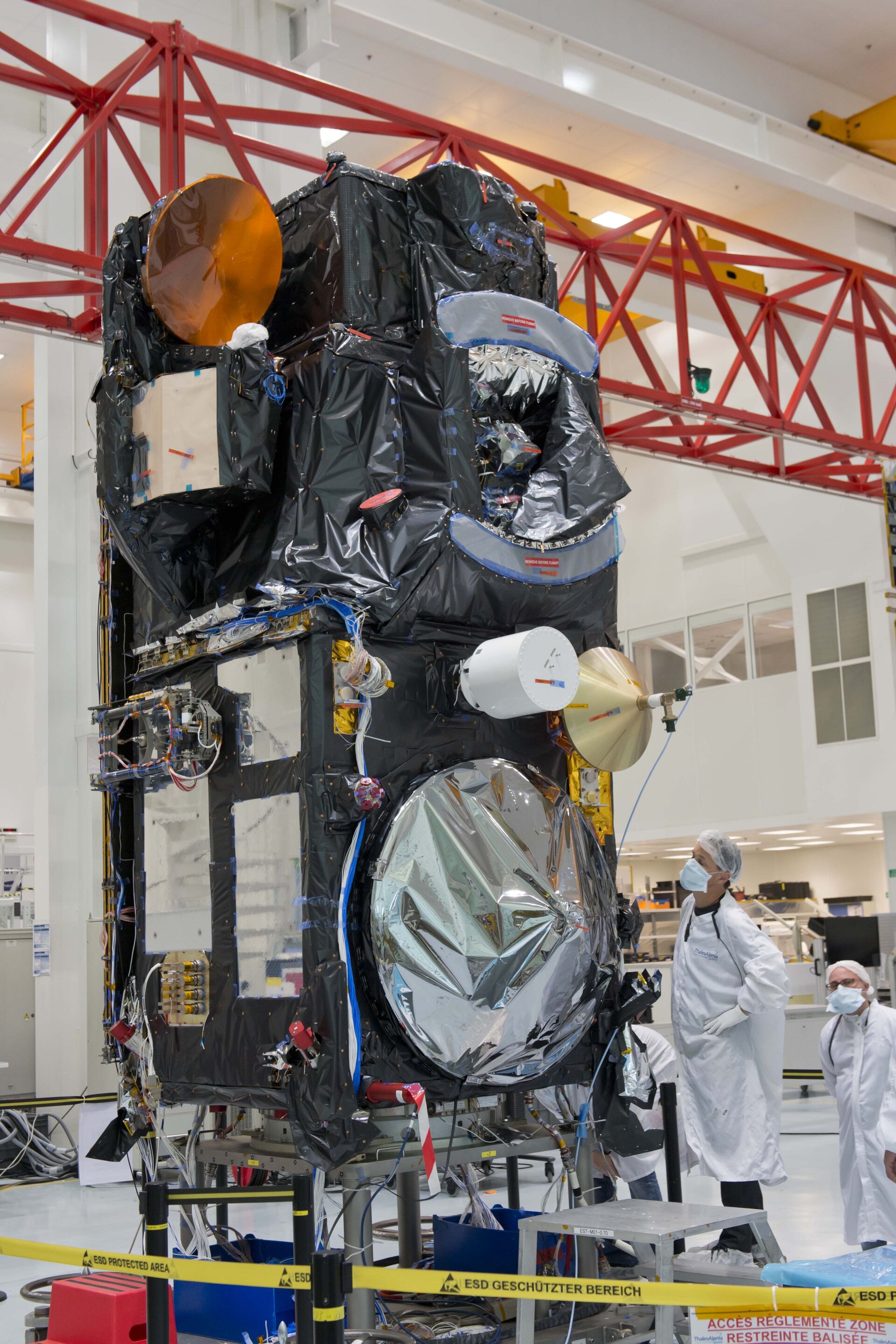 For more than 18 months, engineers have been carefully piecing together the many components that make up ESA’s Sentinel-3A satellite. Now hosting an array of instruments to provide a wealth of information about Earth’s oceans and land, the satellite is complete, standing proud for testing.

Scheduled for launch at the end of 2015, Sentinel-3A is set to play a key role in Europe’s Copernicus programme.

As one of the fleet of missions built for the world’s largest environmental monitoring initiative, Sentinel-3A will join Sentinel-1A and Sentinel-2A in orbit.

The Sentinel-1A radar satellite was launched last April and the multispectral imaging Sentinel-2A will be launched next spring.

Each of the six Sentinel missions carries different sensors to deliver a stream of complementary data and imagery tailored to the needs of Copernicus users. 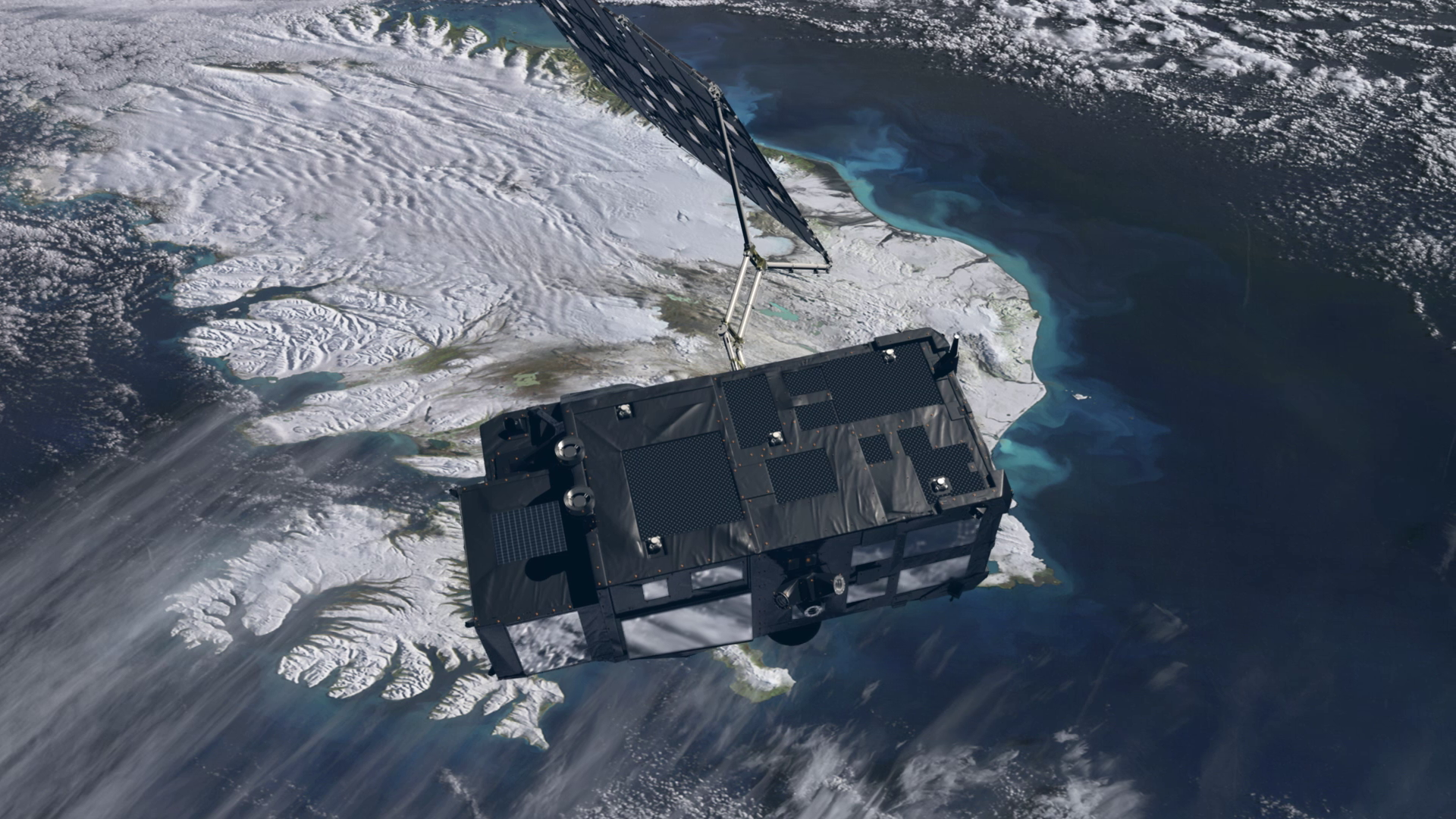 Sentinel-3 is particularly complex because it carries multiple instruments: a radar altimeter, an infrared radiometer and a wide-swath ocean and land imaging spectrometer.

These sensors will measure different aspects of ocean waters, such as changes in the temperature and height of the sea surface – information that is needed for ocean forecasting and maritime safety. Around the coasts, this is also important for predicting extreme events such as storm surges and floods.

Applications using data acquired over land include fire detection and land-cover mapping. This multi-talented satellite also provides information to map the topography and extent of ice and to monitor the height of lake and river water.

During the integration process numerous tests were carried out on its many systems and instruments, including a strenuous campaign to test its ‘electromagnetic compatibility’.

One of the last jobs was to join the solar wing, completing the satellite’s launch configuration.

Now fully formed, it has already gone through a round of integrated system tests and it is currently undergoing mechanical tests that will run until the end of the year.

These tests make sure that it can withstand the noise and vibrations of liftoff and the shocks generated by the separation from the rocket.

The beginning of 2015 will see the start of the environmental test campaign with thermal tests that simulate the heat and cold of space.

Bruno Berruti, ESA’s Sentinel-3 Project Manager, said, “We are happy to see Sentinel-3A in such a good state as the year draws to a close.

“Let’s shake it before Christmas and then it will be ready to enter the thermal chamber next year and prove it is ready for the space environment.”

Sentinel-3A will be launched on a Rockot from Plesetsk in northern Russia.