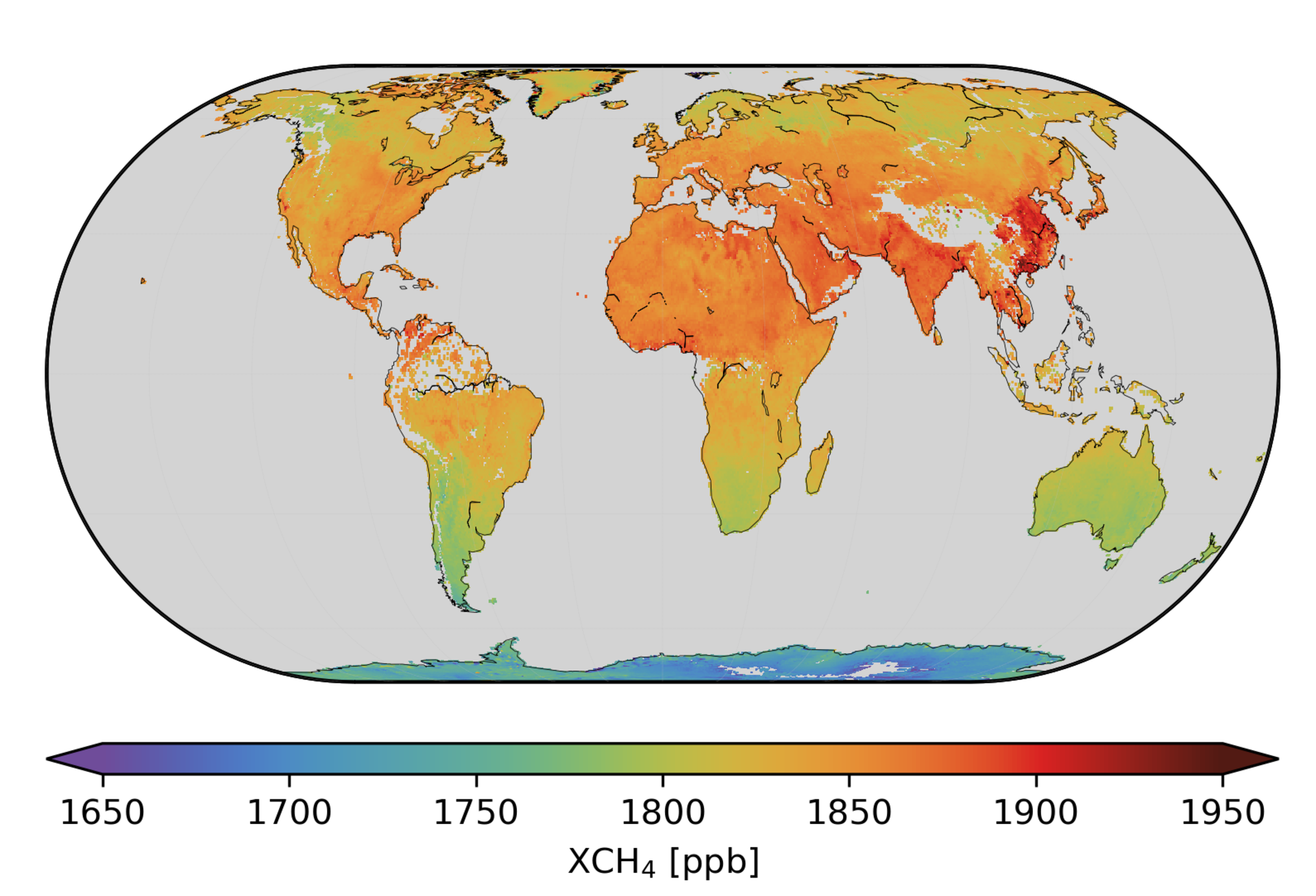 The Copernicus Sentinel-5P mission has been used to produce global maps of two atmospheric gases responsible for making our world warmer: methane, which is a particularly potent greenhouse gas, and ozone, which is a greenhouse gas and a pollutant in the lower part of the atmosphere. The maps give insight into where these gases are coming from.

Launched in October 2017, Sentinel-5P is the first Copernicus satellite dedicated to monitoring our atmosphere. It carries an advanced multispectral imaging spectrometer called Tropomi to image a wide range of air pollutants more accurately and at a higher spatial resolution than ever before.

Prior to making data available to the public, scientists spend months testing and evaluating the information to make sure it is accurate. The mission is already being used to map pollutants such as nitrogen and sulphur dioxide and to monitor the hole in the ozone layer over Antarctica.

And now, data on methane and ozone in the troposphere, which is the lower part of the atmosphere, are available.

While carbon dioxide is more abundant in the atmosphere and therefore more commonly associated with global warming, methane is about 30 times more potent as a heat-trapping gas. It enters the atmosphere mainly from the fossil fuel industry, landfill sites, livestock farming, rice agriculture and wetlands.

Jochen Landgraf, from the SRON Netherlands Institute for Space Research, said, “We have spent more than a year carefully testing the methane data and now the availability of data to everyone offers new opportunities for climate services.

“Like all gases that enter the atmosphere, methane is spread by the wind, so it is unclear where it originates. But thanks to Tropomi’s ability to measures at a spatial resolution of 7 x 7 km and global coverage every 24 hours, we can see daily methane emissions on regional scales and also larger point sources.

“This information is important for policy makers working on climate regulations and for checking that countries adhere to agreements.”

Michael Buchwitz, from the University of Bremen, Germany, and who leads ESA’s Climate Change Initiative greenhouse gas project, noted, “Over the coming months we will be further studying these data in detail, comparing them with ground-based observations and global models, but we expected that a lot can be learned about atmospheric methane and its various emission sources.”

The new data release also includes tropospheric ozone. Ozone high up in the stratosphere shields us from the Sun’s harmful rays of ultraviolet radiation, but lower down in the troposphere it is a pollutant and can cause respiratory problems and can damage vegetation. Ozone is also a greenhouse gas.

Diego Loyola, from the German Aerospace Center, explains, “Ozone in the troposphere is an air pollutant and a greenhouse gas contributing to global warming.”

“Tropospheric ozone is a difficult greenhouse gas to measure because of its short lifespan and the fact that concentrations can vary hugely from place to place,” continued Dr Loyola.

“The unprecedented spatial resolution offered by Copernicus Sentinel-5P’s Tropomi instrument means that we can now better analyse the complex relationship between tropospheric ozone and climate.”

Claus Zehner, ESA’s Sentinel-5P mission manager, noted, “With this new methane and tropospheric ozone data release, we are now providing almost all of the Copernicus Sentinel-5P’s data products to the user community.

“Both products are important for monitoring climate change and can also be used to gain experience for future missions such as for the candidate Copernicus expansion mission that is being developed to measure carbon dioxide.”

The Tropomi instrument was developed jointly by ESA and the Netherlands Space Office.