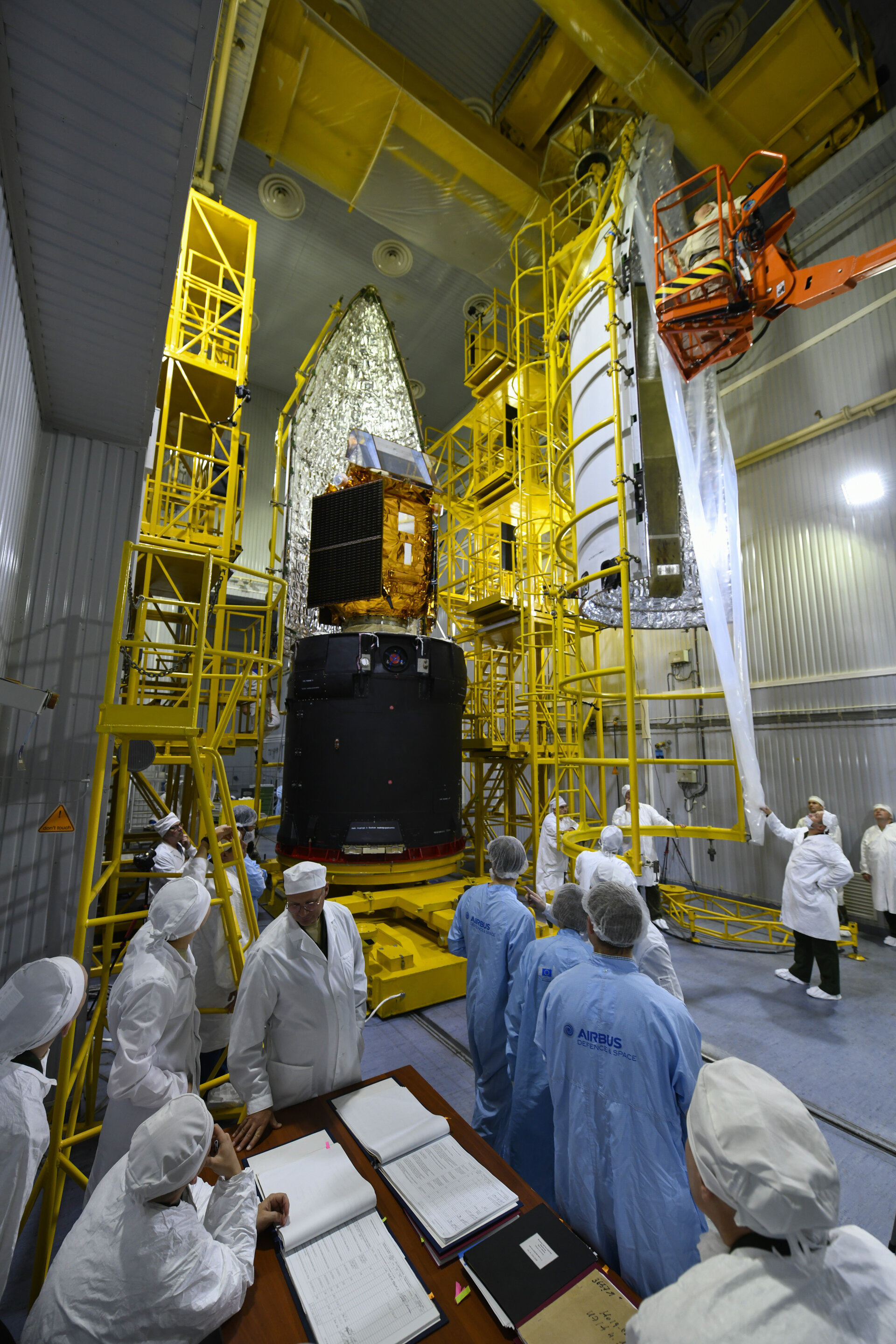 As preparations for the launch of Sentinel-5P continue on track, the team at Russia’s Plesetsk site has bid farewell to the satellite as it was sealed from view in the Rockot fairing. Liftoff is set for 13 October at 09:27 GMT (11:27 CEST).

Since its arrival at the launch site at the beginning of September, Sentinel-5P has been through a series of stringent tests to confirm there was no damage during the flight from the UK.

These tests have made sure that everything is in good working order so that this new satellite will deliver measurement of air quality.

The delicate and risky task of fuelling the satellite took place nearly two weeks ago, after which it was joined to the rocket adapter.

It was then hoisted onto the upper stage and the last protective covers were removed before encapsulation in the rocket fairing, which protects the satellite during the first part of the launch. The next step will be to transfer the ‘Ascent Unit’ to the Rockot on the launch pad, scheduled for Saturday.

Sentinel-5P – the ‘P’ standing for ‘Precursor’ – is the first Copernicus mission dedicated to monitoring our atmosphere. The satellite carries the state-of-the-art Tropomi instrument to map a multitude of trace gases such as nitrogen dioxide, ozone, formaldehyde, sulphur dioxide, methane, carbon monoxide and aerosols – all of which affect the air we breathe and therefore our health, and our climate. 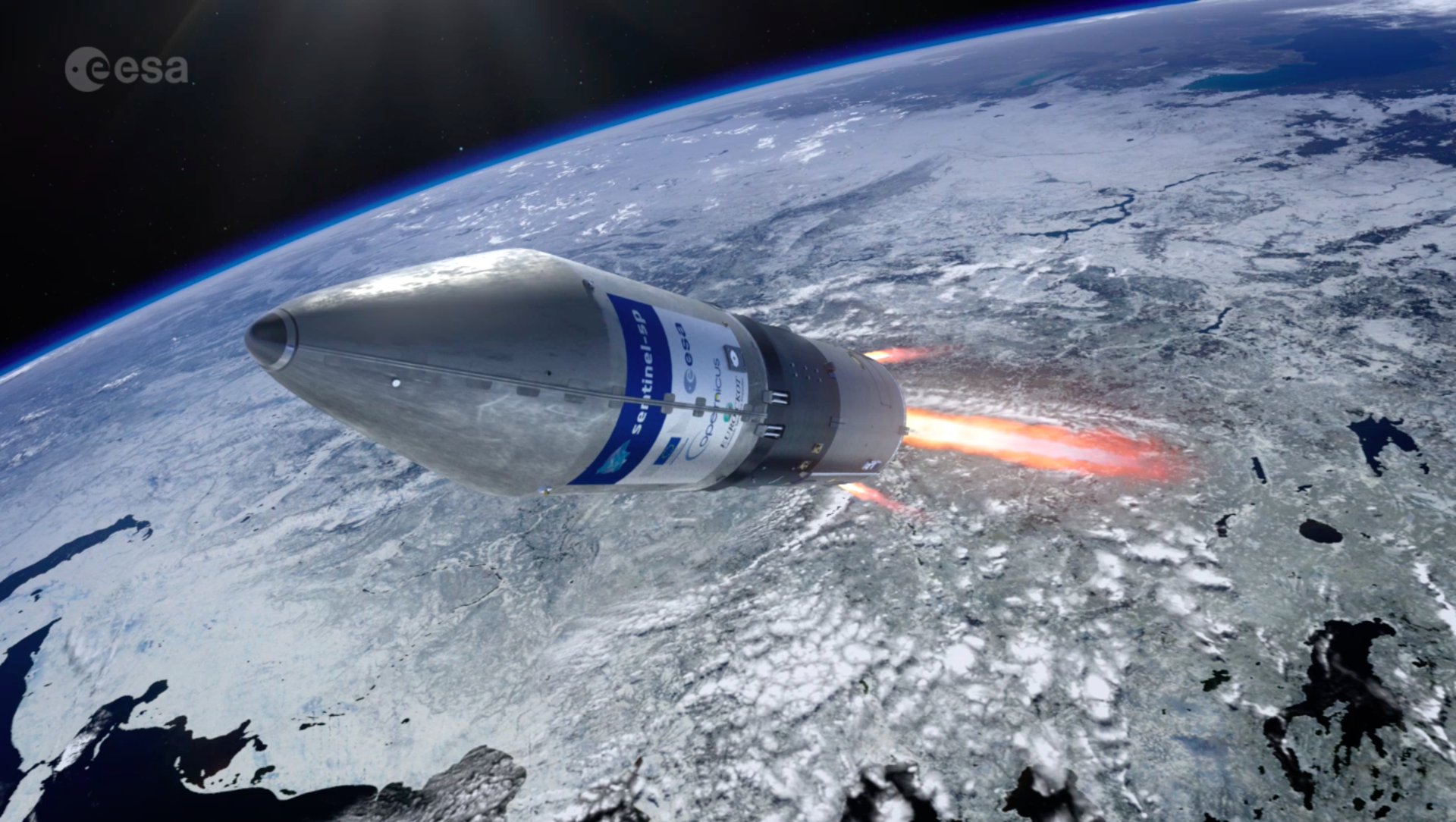 In addition, scientists will also use the measurements to improve our knowledge of important processes in the atmosphere related to the climate and to the formation of holes in the ozone layer.