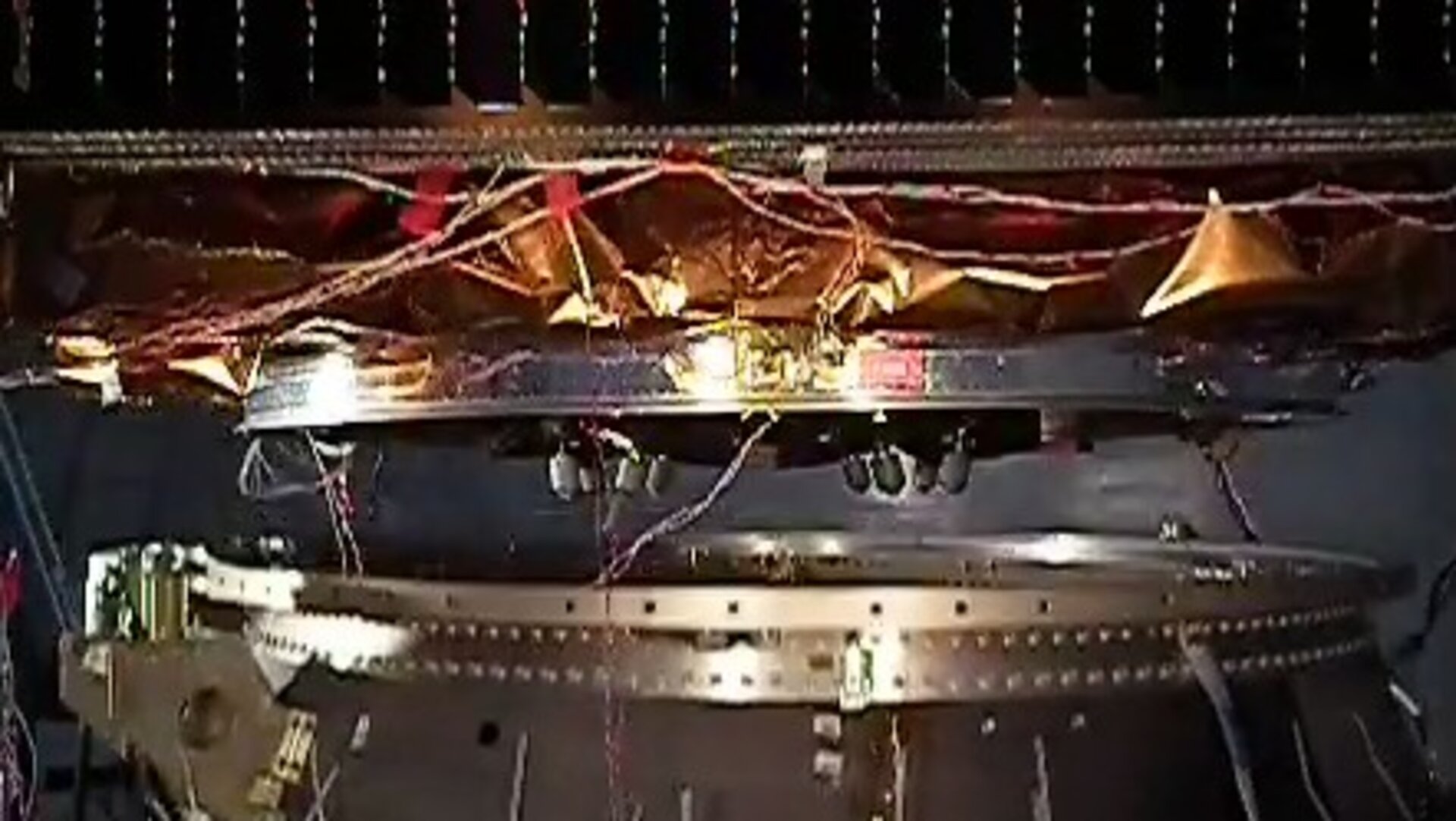 Sentinel-2A is in the middle of an extensive testing programme to make sure this land-monitoring satellite is fit for launch next spring. As well as being shaken and stressed, engineers have also checked that it will separate from the rocket for its life in orbit.

Sentinel-2A is the next of ESA’s satellites dedicated to Europe’s environmental monitoring Copernicus programme.

It carries a state-of-the art high-resolution multispectral imager with 13 spectral bands which, along with the satellite’s wide swath of 290 km and frequent revisit times, will provide unprecedented views of Earth’s land and vegetation.

To make sure this precious new satellite reaches orbit to deliver vital information for a range of applications that include monitoring plant growth and mapping changes in land cover, it has to be thoroughly tested before it is shipped to French Guiana for launch on a Vega rocket.

Since August, the Sentinel-2A satellite has been at IABG’s testing facilities near Munich in Germany where it has already been put through numerous functional and mechanical checks.

The latest round has focused on ensuring that it can withstand the noise and vibrations of liftoff and the shocks generated by the separation from the rocket.

This involved joining the satellite to a launch adapter and a model of Vega’s upper stage to check that they fit together as they should. The engineers also joined the umbilical connectors as part of this fit check.

In an acoustic chamber, two simultaneous explosions made sure the satellite will be able to withstand the shock when the rocket’s fairing is released shortly after the launch.

As the video above shows, a further test simulated the shock of separation when the satellite is released into orbit. The Sentinel mission is based on a constellation of two identical satellites that are being developed in parallel. Sentinel-2B, which will be launched on a Rockot from Russia, will join Sentinel-2A in orbit in 2016.

That means a similar separation test was also carried out using a model of the Rockot adapter.

Prior to these important tests, engineers have also carried out a ‘light-tightness test’ to check that no light can enter the cavity holding the multispectral instrument. They also filled the fuel tank with 133 kg of fluid to stress its interfaces as in flight.

The satellite was then placed on a shaker to simulate the worst possible conditions during transportation and launch. In addition, the powerful sound system available in IABG’s acoustic chamber, replicated the very high sound pressure levels that will be experienced by the satellite during liftoff and its journey into orbit. 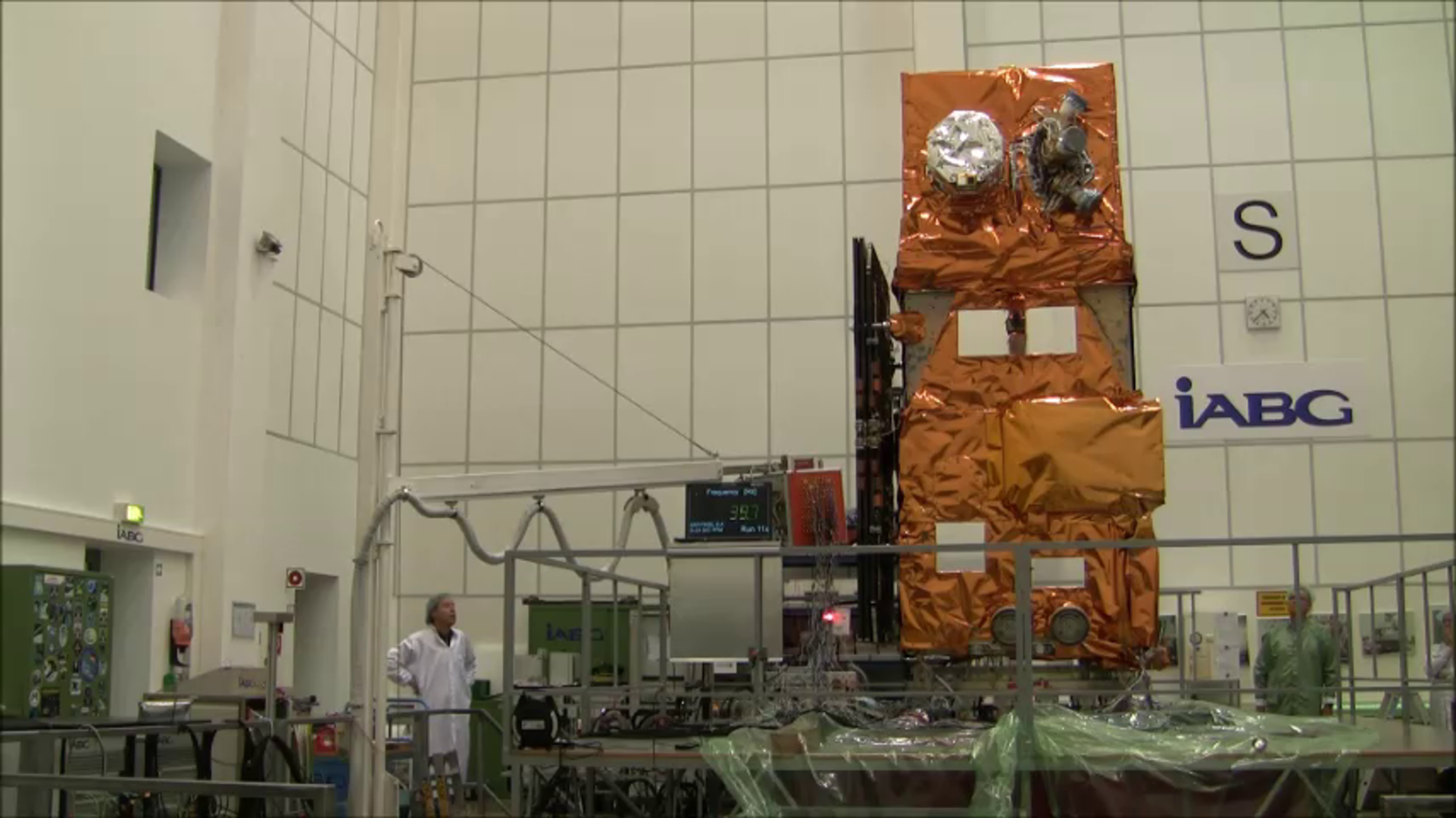 “Thanks to Airbus Defence and Space and IABG’s expertise, we can look forward confidently to the next phase of activities that will take us to the end of the year.

“The next round will include the full deployment of the solar panels, a check on the satellite’s alignment and the removal of the accelerometers prior to transferring the satellite to a thermal vacuum chamber where it will be exposed to harsh conditions that simulate the environment of space.”

The final Qualification and Acceptance Review will be held in March, before ESA gives permission to ship the satellite to French Guiana for launch.