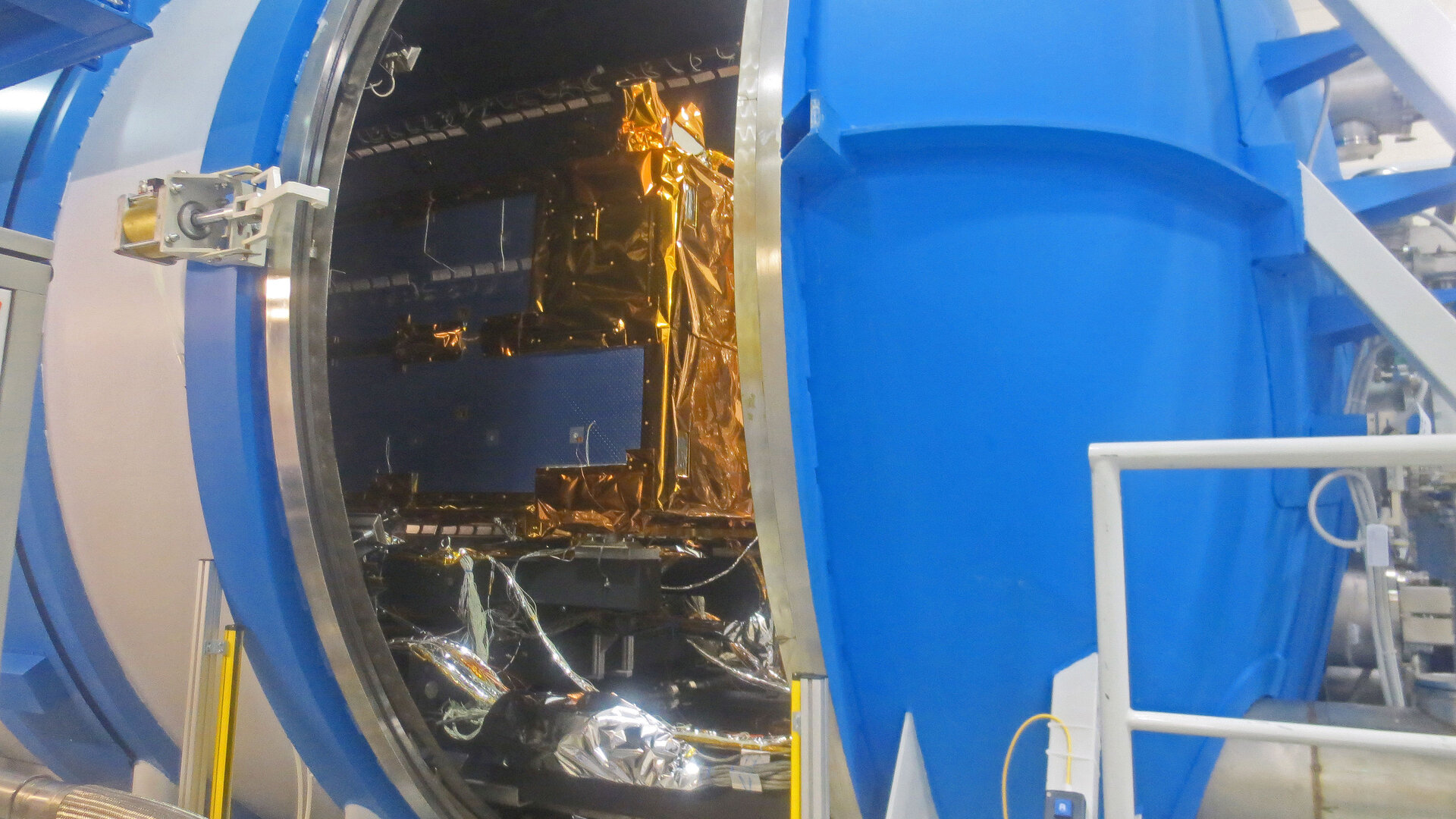 The first satellite for Europe’s new environmental monitoring programme is being put through some pretty harsh treatment to make sure that it can cope with the huge temperature changes as it orbits Earth.

Satellite technology may appear delicate and complex, but not only does it have to survive the demands of launch but it also has to endure extremely hostile conditions in space.

Typically, satellites orbiting Earth are subject to temperatures as low as –265°C when facing deep space and as high as 200°C when in sunlight.

Since technology can generally function much better within temperatures of about 10–40°C, a variety of methods such as multilayer insulation, heaters and radiators are used to keep them within this range.

With the launch of ESA’s Sentinel-1A early next year, now is the time to ensure that the craft is fit and ready to accomplish its mission.

A team of experts from Thales Alenia Space in Italy is putting the satellite through a month-long series of ‘thermal-vacuum’ tests that simulate space.

The tests involve encapsulating the Sentinel in a chamber and pumping out all the air to create a vacuum and then exposing the hardware to extreme temperatures, while turning it on to confirm that it operates as it should.

Ramón Torres, ESA’s Sentinel-1 Project Manager, said, “These exacting thermal–vacuum tests are the first challenge for Sentinel-1A to prove that it cannot only survive but also perform well throughout its seven-year life in the harsh environment of space.

“Nevertheless, each and every subsystem has already been thoroughly tested by the industrial team led by Thales Alenia Space in Italy. Thanks to their expertise, I expect nothing less than a successful outcome of this rigorous campaign.

“The tests will continue until 12 July, after which the large radar antenna will join the satellite in readiness for the next challenge – the rather complicated-sounding electromagnetic and radio-frequency compatibility tests.”

Sentinel-1A is the first satellite for Europe’s European Global Monitoring for Environment and Security Copernicus programme, and the first of the Sentinel-1 family planned to serve over the next decades.

Information services to manage the environment will be provided through this ambitious programme, the next phase of which can now move forward following the European Parliament’s recent approval of the 2014–20 multiannual financial framework budget.