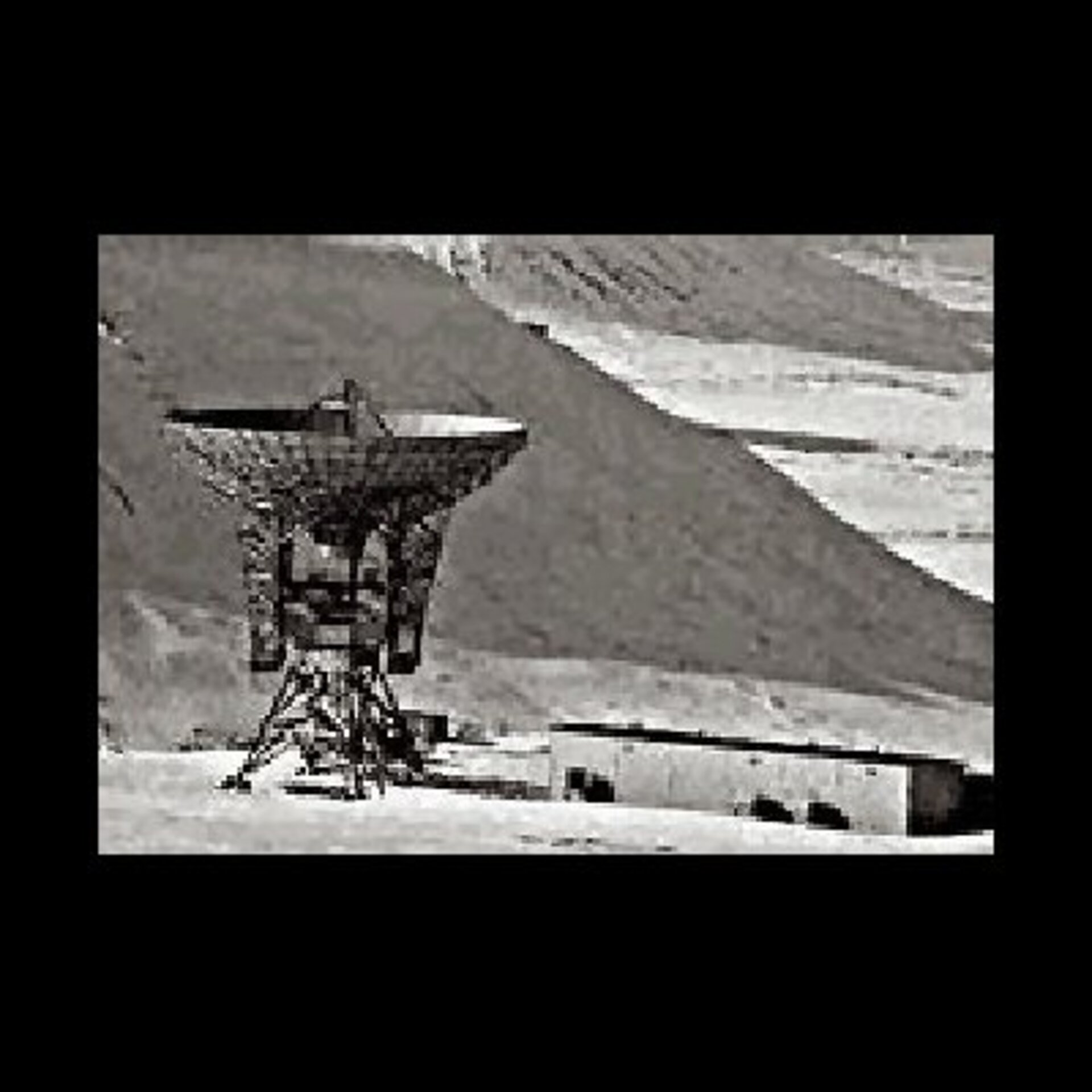 Space scientists are a hard-working, dedicated group, and few have worked harder than those involved in getting the four Cluster spacecraft up and running. With this in mind, two members of the Cluster ground-based community recently displayed courage and dedication beyond the call of duty to support Cluster observations.

On the morning of 14 January, EISCAT Science Director Tony van Eyken and Radar Site Manager Halvard Boholm set off into the polar night from their base in the town of Longyearbyen on the Arctic island of Svalbard for the 20 km trip to the remote mountain-top EISCAT radar installation. They had been there many times before, but this observation session would be different.

Instead of the usual, routine studies of the ionosphere - the radio-reflecting region of the Earth's upper atmosphere - they were hoping to be the first to obtain simultaneous ground- and Cluster-based data for the region of the magnetosphere known as the cusp.

Although a blizzard had been raging for many hours as they set off into the barren, frozen wasteland, the pair were confident that they would reach their destination and be able to gather some exciting data. However, as they climbed towards the radar, the narrow road disappeared under drifts of snow, eventually bringing their car to a grinding halt.

Their only hope of retrieving the unique cusp data was to set off on foot for the distant ground station. For the next two hours, they trudged their way up the valley with the aid of the feeble light thrown by torches strapped to their headgear. To defend themselves from the attentions of over-curious or aggressive polar bears, a rifle and a .45 Magnum were kept on standby at all times.

Finally, the heroic duo reached their destination - two hours late, but still in time to activate the radars and capture the all-important cusp measurements during the Cluster overpass.

To their delight, and that of their colleagues, they were able to obtain excellent measurements of ionospheric plasma disturbances whilst the Cluster spacecraft soared overhead. Radar pulses from the two Svalbard antennae pierced the dense cloud cover to reveal rapidly moving plasma (electrified gas) structures in the ionosphere.

Although first predictions indicated that the satellites were moving to the west of the cusp position and would probably not intersect it, the radar data revealed a sudden change of conditions in the magnetosphere, causing cusp particles to be dragged westward toward the Cluster orbit.

Further analysis of the different data sets is expected to provide valuable new insights into the physical processes taking place in this key region above the Earth's north magnetic pole.

"These observations will help us to refine our theories about what happens in the cusp, and show the importance of combining ground-based data with data from space," enthused Professor Mike Lockwood of Rutherford Appleton Laboratory in the UK - who leads the Cluster ground-based coordination group with Professor Hermann Opgenoorth of the Swedish Institute of Space Physics.

Incoherent radar systems, such as the EISCAT (European Incoherent Scatter) radars at Svalbard, detect weak echoes from radar pulses transmitted into the ionosphere. The two dishes at Svalbard operate in conjunction with UHF and VHF facilities in northern Scandinavia, the SuperDARN network of HF radars and numerous other ground-based instruments. They lie beneath the north polar cusp in the Earth's magnetosphere, an ideal location to study the interaction between the Sun and the Earth as revealed by disturbances in the ionosphere - events that also give rise to the aurorae (Northern Lights).