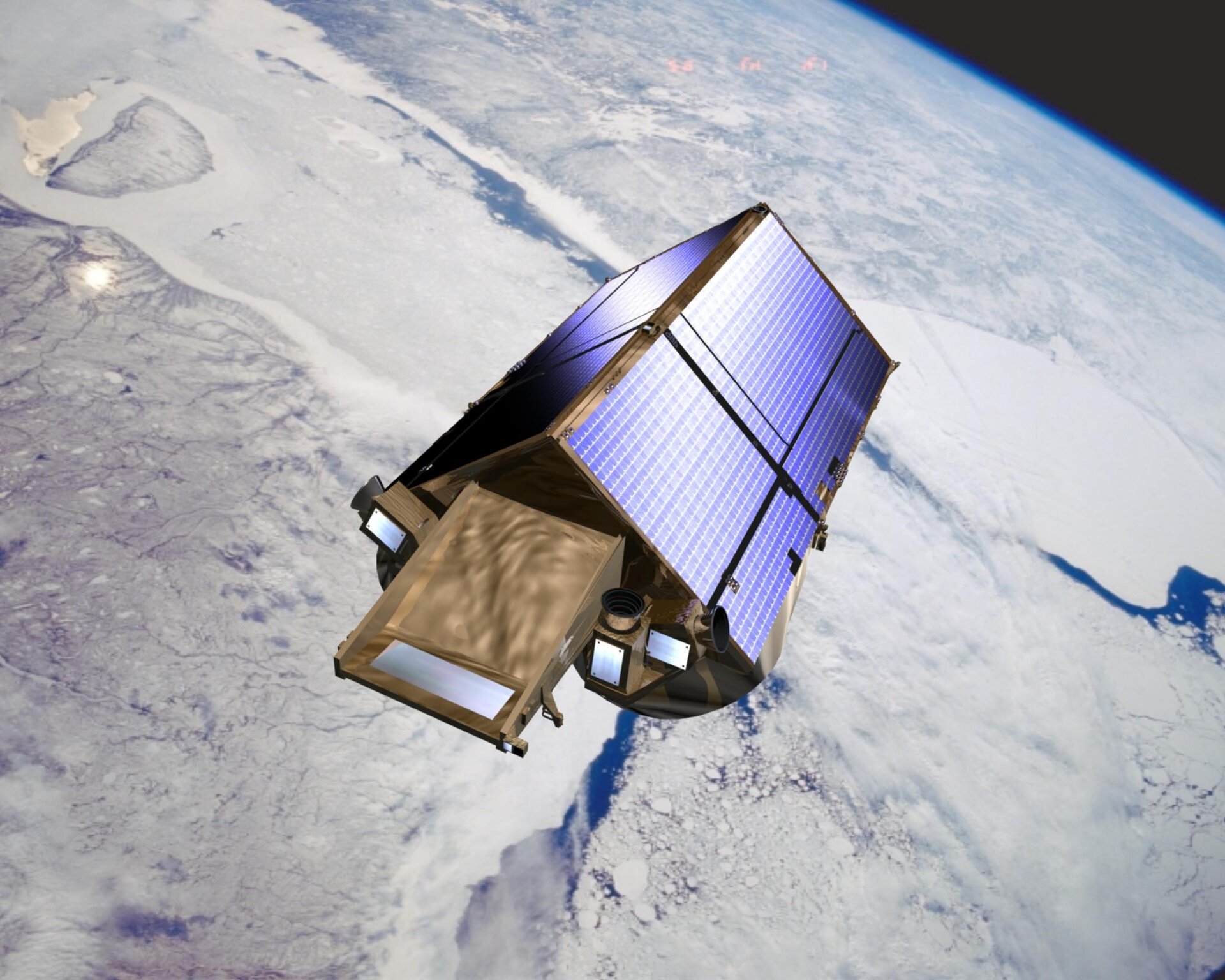 Making sure that the measurements made by satellites are as accurate as possible has always been a difficult business and this will be especially true for ESA’s ice mission CryoSat. However, last week a new instrument, which is set to be the workhorse for validating CryoSat data, was successfully tested from an aircraft over the snow and ice not far from the North Pole.

CryoSat, due for launch at the end of this year, will be the first satellite to be launched as part of ESA’s Living Planet Programme. From an altitude of 720 kilometres it will measure small changes, of no more than a few centimetres or so, in the thickness of polar ice sheets and floating sea ice. The main aim of this mission is to determine whether or not the Earth’s ice masses are actually thinning due to global warming.

CryoSat will carry a SAR/Interferometric Radar Altimeter (SIRAL) to perform these precise measurements. However, there are a number of reasons why the data could possibly be flawed. For example, the different seasons cause the properties of snow and ice to change and this can mask or influence the signal reflected back to the SIRAL instrument. These, and other sources of error, have to be thoroughly investigated over the next three years through dedicated, independent ground-based and airborne measurement campaigns. A series of planned campaigns will allow scientists participating in the experiment to understand and characterise the uncertainties in CryoSat measurements and ultimately correct for them so that the final data is as accurate and meaningful as possible.

During the last two weeks of March an important step forward was made in the preparations for the CryoSat validation campaigns. For the first time, the ESA Airborne Synthetic Aperture and Interferometric Radar Altimeter System (ASIRAS) was flown and tested over the snow and ice expanses of Svalbard, an archipelago of islands lying in the extreme north of Europe just 12 degrees from the North Pole. The ASIRAS radar altimeter simulates CryoSat measurements from an aircraft. The specific aim of this campaign was to acquire the first data sets of the instrument over snow and ice and to make sure that the instrument could be operated under the icy temperatures and high winds prevalent in this part of the world.

While ESA is awaiting full analysis results this week, initial indications are that the instrument functioned well and is ready for the challenging validation work ahead. “Personally I was relieved that the instrument worked so well”, said Malcolm Davidson, the ESA Validation Manager for CryoSat. “Over the winter a lot of effort was put into readying ASIRAS for the coming validation campaigns, and it was good to see this hard work pay off. We only have a few weeks left before the start of the first official CryoSat validation campaign, which will be a grand tour across various sites in Svalbard, Greenland and Canada. It was imperative to verify the functioning of the instrument under realistic conditions. We now feel that we are ready to begin the task of properly validating CryoSat data with the aid of ASIRAS.”

Constantin Mavrocordatos, the Payload Manager for CryoSat and responsible for the development of ASIRAS added, “This development is a good example of a successful research activity. The instrument was orginally developed for research purposes and now it is set to be an excellent operational tool for CryoSat validation experiments.”

ASIRAS was built by Radar Systemtechnik (RST) of Switzerland with the support of the Alfred Wegner Institute (AWI) and Optimare for the implementation and operation on an aircraft.