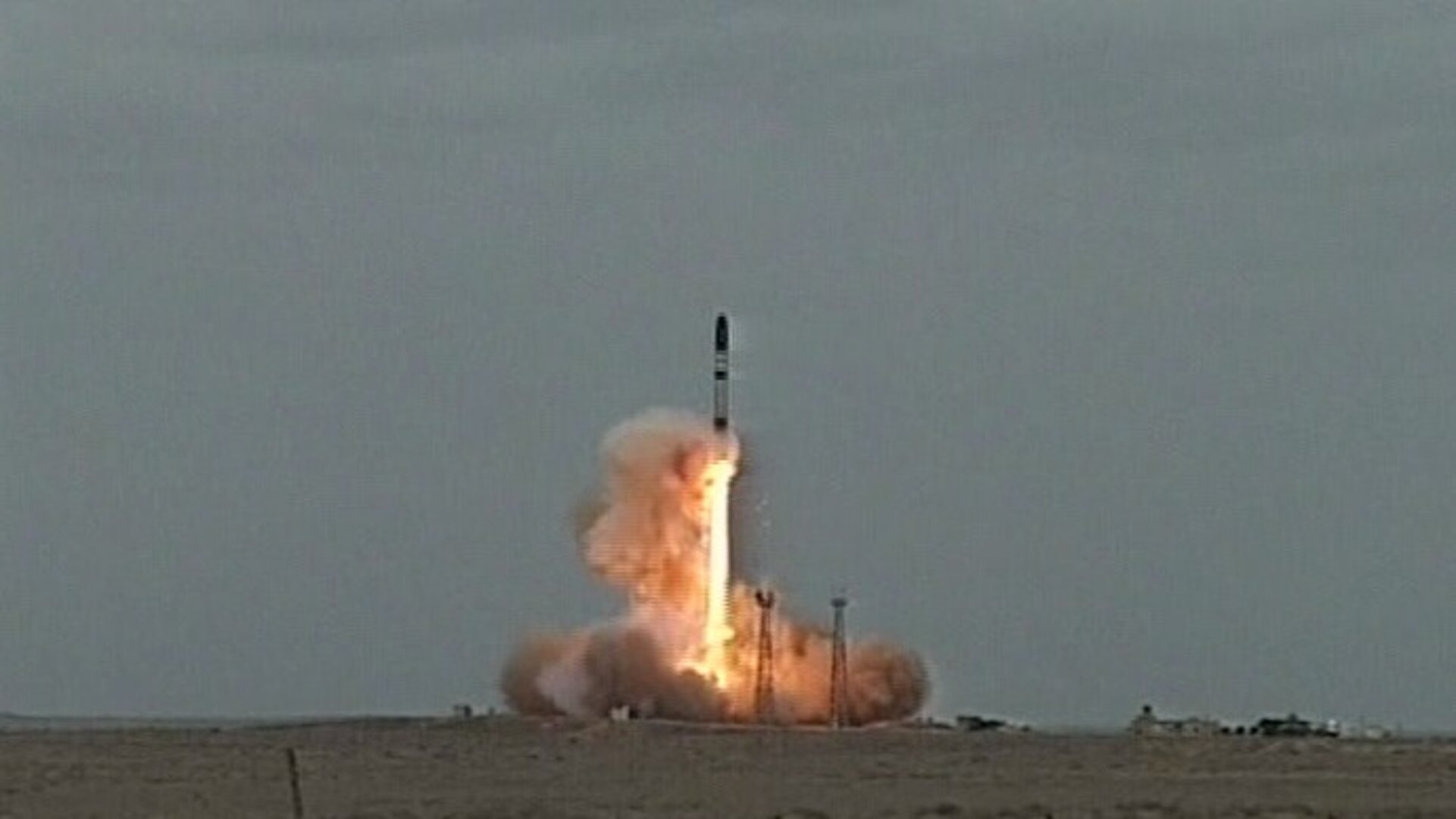 CryoSat was launched on 8 April 2010 by a Dnepr launch vehicle from the Baikonur Cosmodrome in Kazakhstan.

Built in 1955 on the barren steppes of Kazakhstan, this historic cosmodrome is still the world's largest space launch facility even after nearly 60 years.

Baikonur covers 6717 square km and extends 75 km from north to south and 90 km from east to west. The base contains dozens of launch pads, five tracking-control centres and nine tracking stations.

It was from Baikonur that the first artificial satellite, Sputnik, and the first human in space, Yuri Gagarin, were launched. More recently, ESA astronauts Luca Parmitano in 2013 and Alexander Gerst in 2014 both lifted off from Baikonur on missions to the International Space Station.

The Dnepr launcher that carried CryoSat into orbit is a converted SS-18 intercontinental ballistic missile.

Most of the SS-18 missiles, the most powerful weapon in the Soviet arsenal, were decommissioned under the terms of the Strategic Arms Reduction Treaty, but could be adapted for civil use. In 1997, Russia and Ukraine formed the International Space Company Kosmotras to convert the missiles into Dnepr launch vehicles.

Dnepr is a three-stage vehicle. The first and second stages are original SS-18 stages, used without any modification. The third stage is a modified standard SS-18 third stage equipped with a liquid propellant, two-mode propulsion unit that operates based on a 'drag' scheme in which it flies backwards, dragging the satellite behind it to ensure the most accurate orbit injection.

The overall length is 34 m, and the overall diameter is 3 m. The lift-off mass of the rocket is 211 t. It is launched from a silo, being expelled like a mortar round with a charge of black powder, before the main engine ignition some 30 m above the ground.