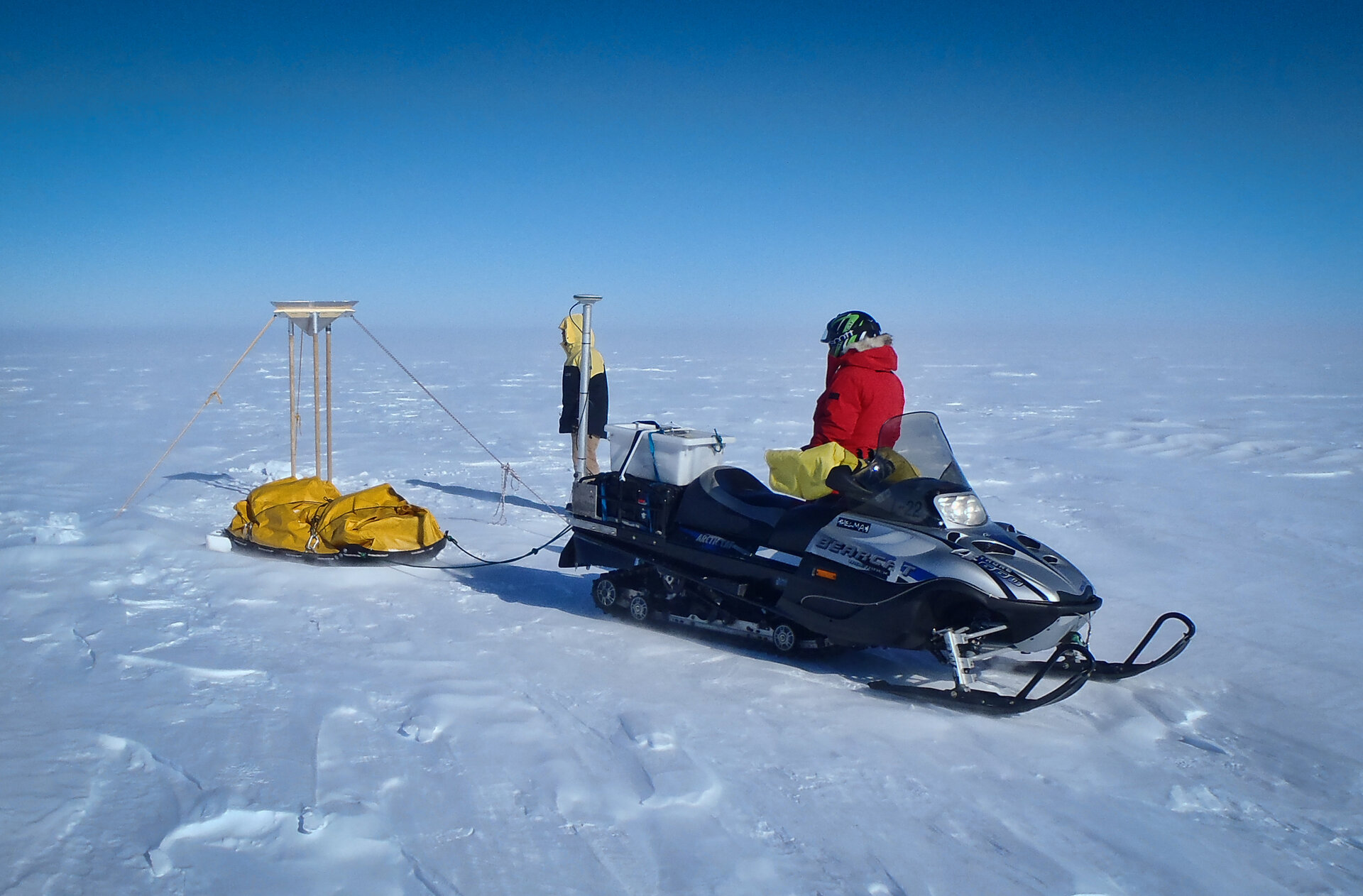 Next week marks 100 years since Roald Amundsen reached the South Pole. As a team of scientists brave the Antarctic to validate data from ESA’s CryoSat mission, it’s hard to imagine what these first intrepid explorers would have thought of today’s advances in polar science.

The remote and vast expanse of the Antarctic is arguably the most hostile environment on Earth – infamously claiming the lives of Captain Robert Scott and his party all those years ago in their fated race to the South Pole.

While the polar regions are challenging, to say the least, for human survival, they are also very sensitive to climate change. In turn, polar ice plays a crucial role in regulating climate and sea level.

With the effects of climate change becoming more apparent, the CryoSat mission is gathering data on changes in the thickness of ice, both on land and floating in the oceans.

This information is needed to understand exactly how Earth’s ice is responding to climate change and to help predict what will happen if trends continue.

To ensure CryoSat’s data are as accurate as possible, ESA organises numerous research campaigns in the Arctic and Antarctic.

These campaigns involve taking measurements from the air and on the ice to compare with the data from CryoSat orbiting above.

A team of Australian and German scientists from the University of Tasmania, the Australian Antarctic Division and the Alfred Wegener Institute has just finished the first leg of a remarkable measurement campaign.

The campaign is being carried out in East Antarctica around Law Dome and Totten Glacier. Law Dome is relatively stable but features steep surface slopes and Totten Glacier is changing rapidly – so both offer ideal locations for validating CryoSat.

CryoSat carries a new generation of altimeter called SIRAL. It is designed to measure very precisely the elevation of polar ice – even around the edges of ice sheets, which are difficult to observe from space because of their steep slopes.

The campaign involves taking measurements from the Polar-6 aircraft. It carries the ASIRAS radar, which mimics CryoSat’s SIRAL. Ground-truth measurements are also collected for comparison.

Christopher Watson from the University of Tasmania said, “Travelling on skidoo, the team gathered ground measurement over about 250 km of survey transects.

“The skidoos carry GPS to map the height of the ice, which are later compared to the aircraft and satellite measurements.”

“The experiment examines the influence that physical properties of the top snow and ice layer have on the radar signal that CryoSat emits and receives,” explained Veit Helm from the Alfred Wegener Institute.

“Depending on factors such as snow particle size, the extent to which it has compacted and how it is layered, the radar signal can penetrate deeper or less deep and so is reflected differently.

“If we ignore these factors in the data, it may result in misinterpretations and less accurate maps of the changing Antarctic surface.”

“This makes the success of this year’s activity highly-value and very welcome – both for ESA and for the scientists carrying out this challenging field work.

“It also provides a welcome opportunity to bring together the Alfred Wegener Institute, the University of Tasmania and the Australian Antarctic Division, whose work will help ensure we have the best-possible data to understand changing polar ice from space.”