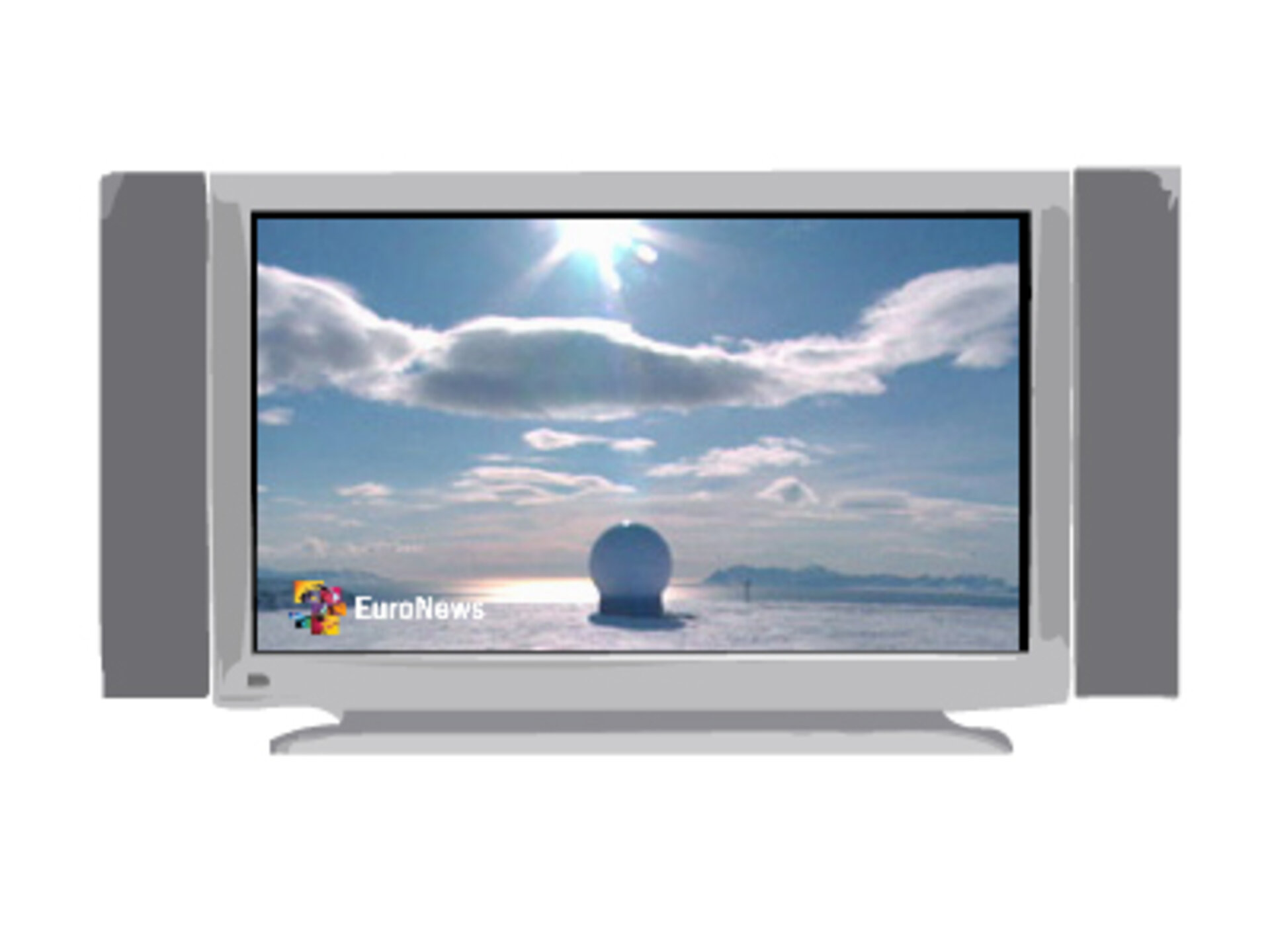 It is bitterly cold and the wind seems to sear through one's duffle coat. EuroNews has brought its cameras into the Arctic wilderness of the Svalbard archipelago. The North Pole is barely 1000 km away.

It is midnight and an eerie light bathes Longyearbyen, capital of Spitzberg, the largest island. After covering ten kilometres of a sinuous and often dangerous track, the team reaches a plateau with strange spherical structures situated in the deep snow.

The facility is Europe’s most northerly-situated satellite tracking station of Svalsat. It is owned and operated by Kongsberg Satellite Services for the Norwegian Space Centre. Veronika Ekstrand, one of its engineers, shows the team around the station, used by ESA and other space agencies.

“A polar orbiting satellite, covering both poles, revolves around the Earth 14 times every day,” explains Veronika. “To see a satellite as frequently as possible, it is better to be situated as close to the poles as possible. At the Equator, it would only be visible once or twice a day.”

The Svalsat station receives, stores and relays satellite data to their operators but can also send commands to them, programming them to observe particular areas or phenomena. (ESA’s main reception station is in Kiruna, Sweden.)

ESA’s eight-tonne monster Envisat has, for instance, trained its all-weather ASAR radar instrument to follow the world’s largest moving surface, the B15 giant iceberg, about the size of Luxemburg. It split off the Antarctic shelf five years ago.

“This iceberg has been drifting in the Antarctic for several years,” says Veronika Ekstrand, showing Envisat pictures of the ‘beast’ on a computer screen. “It is extremely interesting to follow its movements and to see the kind of damage it can do.”

Is the appearance of such a huge iceberg a consequence of global warming? Scientists have differing views.

“This happens so seldom that we cannot relate it to any particular climate change,” says Prof. Olav Orheim, director of the Norwegian Polar Institute. His priority is to study the Arctic Ocean, with its seasonal natural cycles and the consequences of human action.

“We are now seeing a rapid change in the amount of snow and sea ice in the Arctic because of alterations in the climate. When the ground with less snow becomes darker, it absorbs more solar radiation, it warms and melts even more snow,” explains Prof. Orheim.

"Human activity, added to the greenhouse effect, can change the climate from short periods to longer periods between ice ages. In the future we may have temperatures 6-8 degrees centigrade higher than in the warmest periods on Earth for the last 20-30 million years."

Warmer temperatures also alter marine currents such as the Gulf Stream, and the Polar Regions, which have a regulatory effect on the Earth’s climate, are perturbed.

All aspects of nature are affected. Animal and bird species will migrate or disappear, as Prof. Kjetil Eiane points out. He is a specialist in marine microbiology at the University of Arctic Sciences at Longyearbyen. He believes that any decrease in activity in the Arctic will be compensated by greater biodiversity elsewhere.

“I think the impact of a shrinking ice cover in the Arctic will mainly reduce the size of the habitat for many of the truly Arctic species. But at the same time there will probably be an opening of new environments to higher production during longer parts of the year.”

Other observers highlight the advantages of global warming. New maritime routes could be opened, and access to certain natural resources could be facilitated. Regions largely uninhabited because of their climatic rigours could be repopulated.

To counter, adapt or even take advantage of mother Earth’s evolving climate, humans need to observe and understand, and Earth observation satellites play an important role. Envisat has been watching the poles since 2002 and very soon Cryosat, ESA’s new dedicated ice-monitoring satellite, will be joining in the effort.

On the blizzard-swept Spitsberg, the strange cupolas of the Svalsat station will pursue unperturbed their polar vigil.