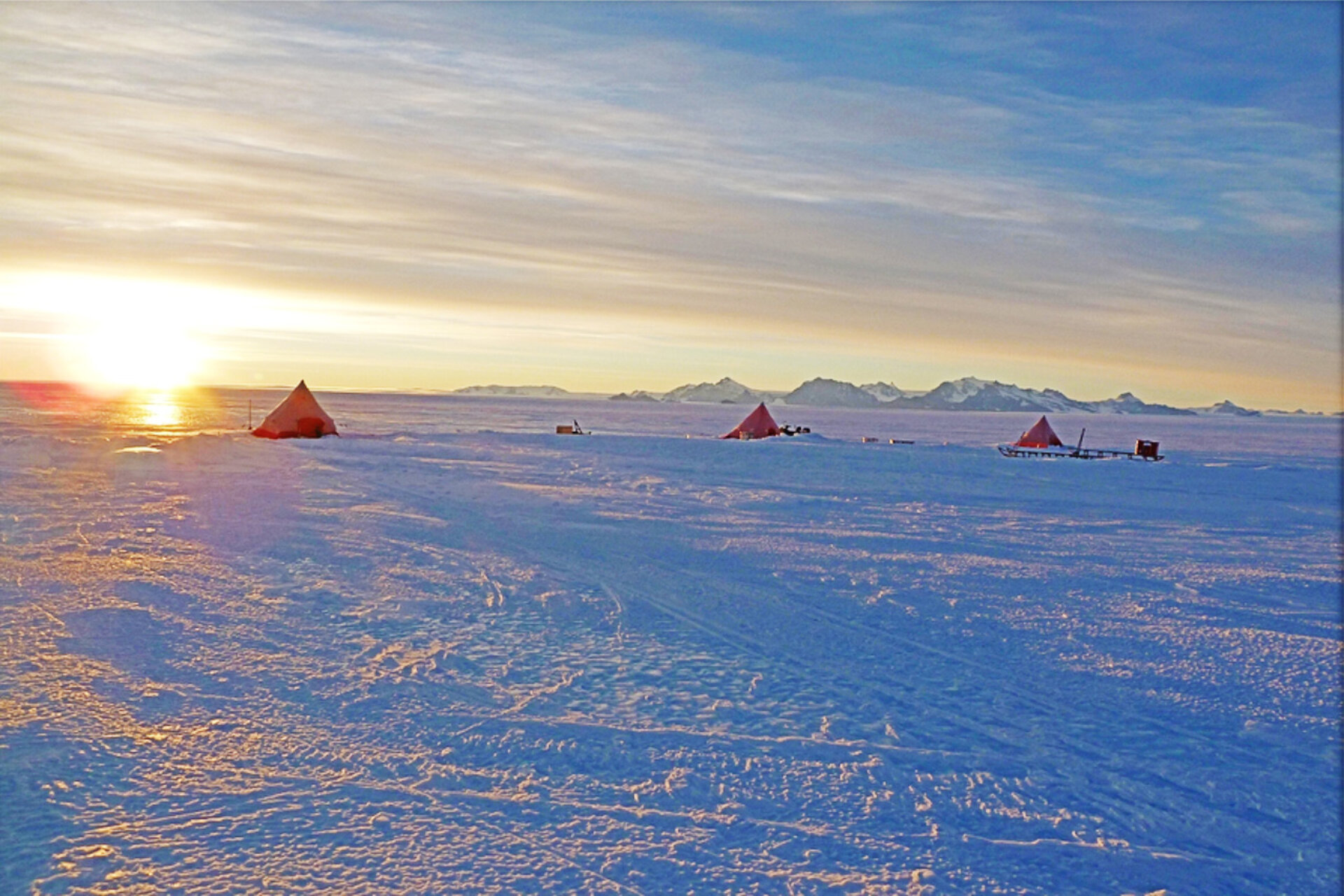 Field measurements in the spectacular blue ice region of Antarctica not only provide confidence in the accuracy of ESA’s CryoSat mission, but have also shown that this part of the ice sheet has increased in height.

Making sure that CryoSat is delivering accurate data to work out precisely how the thickness of Earth’s ice is changing is a continuing effort, and one that takes teams of scientists to some of the harshest environments on the planet.

These particular campaigns were carried out on a desolate plateau known as the blue ice region, which lies on the edge of Antarctica. As its name suggests, this unique region features a vast expanse of polished blue ice, devoid of snow.

It is precisely this lack of snow and unusual icy surface that makes the region very useful for determining the accuracy of CryoSat’s radar altimeter.

The lack of snow in this part of Antarctica means that radar signals emitted by CryoSat’s altimeter bounce straight off the glistening ice and back to the satellite.

The height of the ice is then determined from the difference in time between the signal being emitted and received.

Since ice is usually covered by a layer of snow, the signal normally has to penetrate this top layer before reaching the ice – a fact that might influence CryoSat’s measurements of ice height.

Measurements from the hard shiny surface of the blue ice are therefore extremely valuable for checking against CryoSat’s data.

While the field experiments are designed for validation purposes, the analysis of measurements from two campaigns in 2008–09 and 2010–11 has shown some surprising results: it reveals that this part of Antarctica actually increased in height by an average of 9 cm between the two periods.

Scientists from the Technical University (TU) of Dresden braved extreme weather to map subtle changes in the height of the ice over 2500 sq km. The measurements were taken on the ground with sophisticated GPS equipment towed by snowmobiles.

Scientists from the Alfred Wegner Institute also took measurements from an aircraft with an instrument that simulates CryoSat’s radar altimeter.

After analysis of the data collected in the campaigns, and the fact that other datasets going back 20 years are available, the scientists determined changes in the height of the ice for three different periods.

Reinhard Dietrick from TU Dresden said, “This interesting result showing the reversal in height is thanks to the campaigns before the launch of CryoSat in 2010.

“The results are, of course, preliminary but with this reversal in mind, it would be very interesting to see if the increase in height remains in the future.”

At the other end of the planet, another campaign dedicated to CryoSat is taking off this week. Teams from ESA, NASA, Europe and Canada are now converging in the high Arctic to take measurements from the ice and from the air as CryoSat orbits above.

Launched almost exactly two years ago, CryoSat is dedicated to monitoring changes in the thickness of marine ice floating in the polar oceans and variations in the thickness of the vast ice sheets that cover Greenland and Antarctica to improve our understanding of the links between ice and climate.