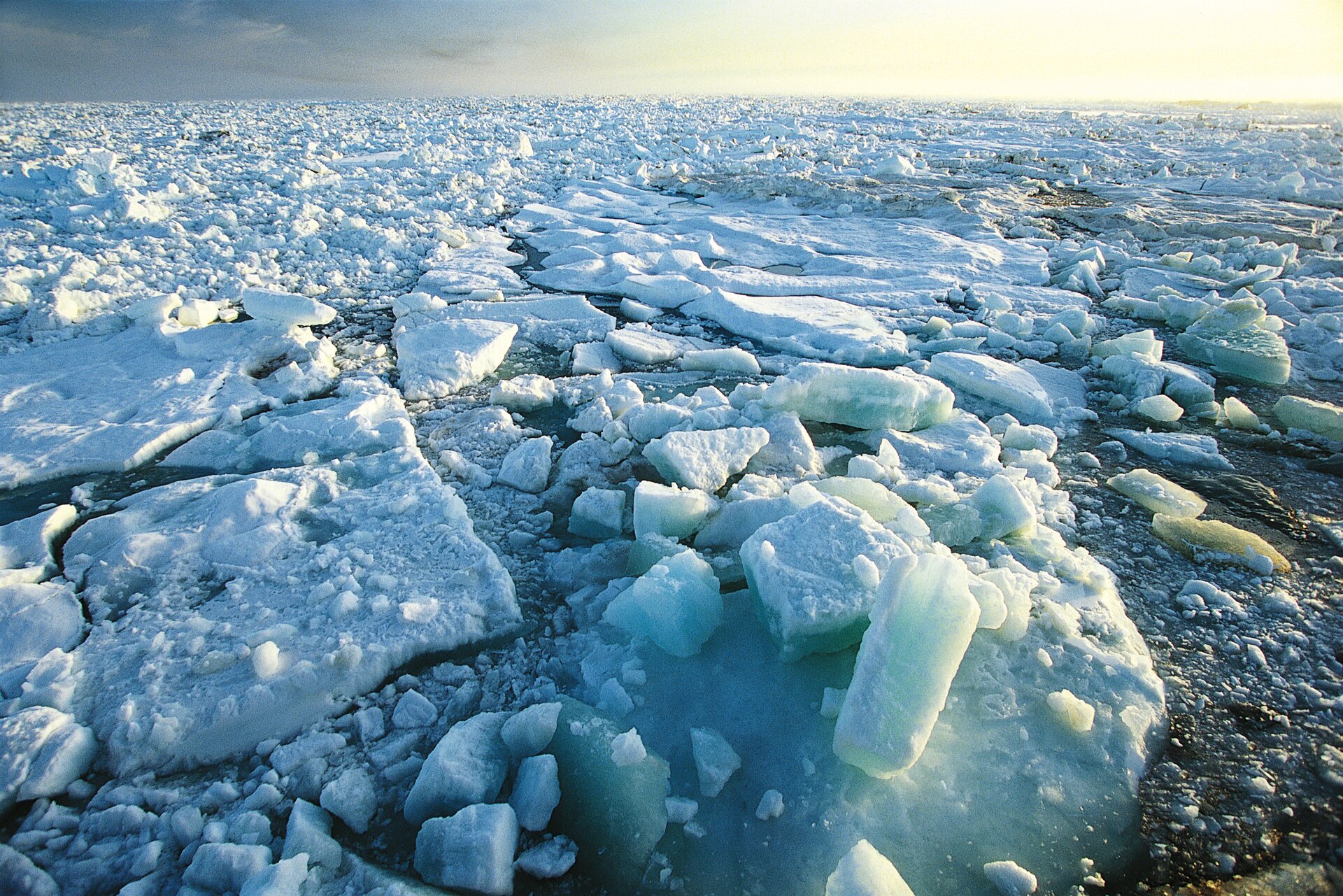 Measurements from ESA’s CryoSat satellite show that the volume of Arctic sea ice increased by a third following the unusually cool summer of 2013. This new finding suggests that ice in the northern hemisphere is more sensitive to changes in summer melting than it is to winter cooling.

Scientists at University College London (UCL) and the University of Leeds in the UK used 88 million sea-ice thickness measurements taken by CryoSat between 2010 and 2014.

The study, published today in Nature Geoscience, shows a 14% reduction in the volume of summer sea ice between 2010 and 2012, but the volume of ice jumped by 41% in 2013, when the summer was 5% cooler than the previous year.

Lead author Rachel Tilling, from the Centre for Polar Observation and Modelling (CPOM) at UCL, said, “The summer of 2013 was much cooler than recent years, with temperatures typical of those seen in the late 1990s.

“This allowed thick sea ice to persist northwest of Greenland because there were fewer days when it could melt. Although models have suggested that the volume of Arctic sea ice is in long-term decline, we know now that it can recover by a significant amount if the melting season is cut short.”

Launched in 2010, CryoSat measures the height of ice – both of that floating in the polar oceans and of the vast ice sheets covering Greenland and Antarctica. This information is essential for working out the thickness of the ice and how it is changing and, ultimately, how the volume of Earth’s ice is being affected by the climate.

The volume of Arctic ice has been steadily falling since the late 1970s, but was difficult to assess accurately before CryoSat.

Rachel added, “Until CryoSat was launched, it was tricky to measure the volume of Arctic sea ice as the pack drifts and measurements could not be taken across the whole region.

“Together with maps of sea-ice extent, our measurements of sea-ice thickness now complete the picture because they reveal what’s going on below the water, where most of the action happens.”

The team say although the first five years of CryoSat measurements have revealed important information on the state of Arctic sea ice, the record is still short to establish a long-term trend.

Professor Andrew Shepherd, Director of CPOM, said, “Understanding what controls the amount of Arctic sea ice takes us one step closer to making reliable predictions of how long it will last, which is important because it is a key component of Earth’s climate system.

“Although the jump in volume means that the region is unlikely to be ice free this summer, we still expect temperatures to rise in the future, and so the events of 2013 will have simply wound the clock back a few years on the long-term pattern of decline.

“Our goal is to make sure we do not lose this unique capability to monitor Arctic sea ice when the mission ends.”

The team now plans to use CryoSat’s measurements of changing sea-ice thickness to help improve the models that are used to predict future climate change, and also to assist maritime activities in the Arctic region, which can be dangerous and costly to navigate.

Tommaso Parrinello, ESA’s CryoSat Manager, said, “CryoSat has been in orbit for over five years now and still continues to demonstrate excellence by delivering the precise data that scientists need to advance polar science – we remain very proud of our satellite.”