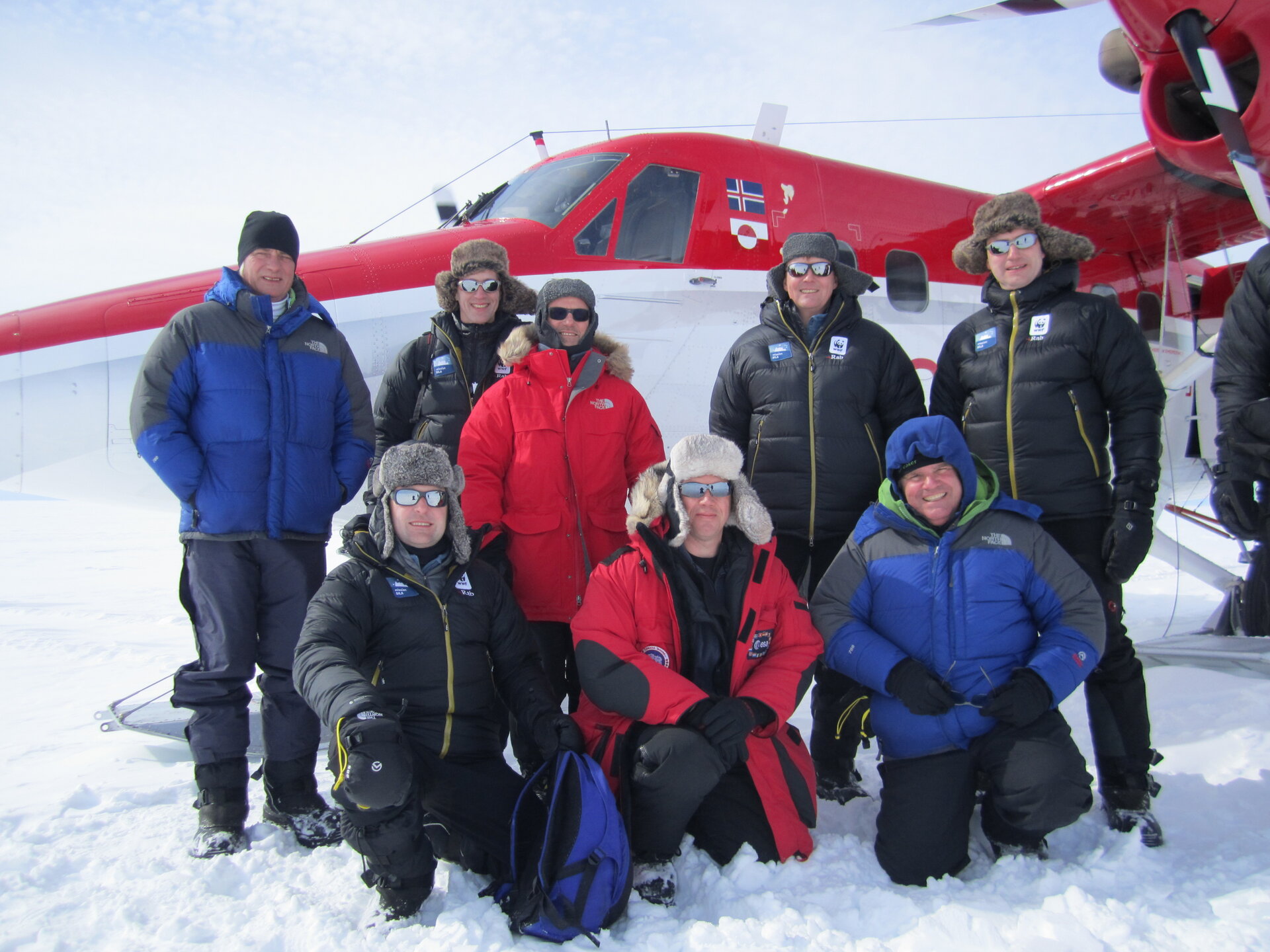 ESA's CryoSat team working on the Greenland ice sheet has been honoured with a visit from a Dutch delegation including HRH Prince of Orange. The visit is part of a tour to learn more about climate change in polar regions and consequences for the environment.

Prince Willem-Alexander's visit to Greenland was at the invitation of the World Wide Fund for Nature-Netherlands. The delegation included Johan van de Gronden, CEO of WWF-NL, Robbert Dijkgraaf, President of the Royal Dutch Academy of Science, Erik Oostwegel, Chairman of the Board of Management of Royal Haskoning, and Dutch scientists involved in polar climate research.

The six-day tour offered the delegation the opportunity to experience the Arctic and learn more from scientists out in the field.

As part of the CryoSat mission, scientists are currently out on the Greenland ice cap making detailed measurements of snow and ice properties required to validate data from the satellite.

This provided an ideal chance for the delegation to learn first hand about how ESA's ice mission will provide key answers to questions such as how fast the Greenland ice cap is melting and how this will contribute to global sea-level rise.

As much of the Netherlands lies below sea level, there is a vested interest in understanding exactly what is happening to polar ice, in particular that lying on land.

Johan van de Gronden, CEO of WWF-Netherlands, said, "Changes in polar ice cover are key indicators of climate change – important not only for the Netherlands, but the whole world.

"It is vital that these changes are monitored very closely so that we have scientific evidence of exactly what is happening.

"This knowledge is crucial to learn more about climate change and to help develop mitigating strategies."

Launched in April 2010, ESA's CryoSat mission was developed to map trends in polar ice thickness with unprecedented accuracy. In doing so, it will provide a clearer understanding of the changing environment in these climate critical regions.

The current CryoSat Validation Experiment campaign has been underway since early April with experiments being carried out in Devon Island and Alert in northern Canada, the Baltic Sea, Svalbard, the Fram Strait and central Greenland.

The measurements being gathered will be compared with CryoSat's data to ensure that the mission realises the best possible global maps of ice-thickness change.

This extensive Arctic venture has involved scientists from numerous organisations braving temperatures of –30°C to take measurements of snow, land ice and sea ice on the ground and from the air while CryoSat passes above.

Most of the airborne measurements are acquired from a Twin Otter carrying a radar altimeter called ASIRAS, which simulates the instrument on CryoSat and can, therefore, be used directly for validation.

In addition, NASA has carried out several joint measurement flights for ESA during their IceBridge campaign to survey polar ice.

The Prince was met in Greenland by Volker Liebig, ESA's Director of Earth Observation Programmes. Prof. Liebig said, "It was an honour for ESA to introduce the CryoSat mission to Prince Willem-Alexander and the Dutch delegation.

"This provided an opportunity to present ESA's Earth observation missions and CryoSat in particular, and illustrate the importance of satellites to monitor our environment.

"Through our visit to the scientists working on the ice sheet, we could illustrate the polar environment that CryoSat is now mapping from space.

"We were also able to show the efforts taken on the ground and from aircraft in this harsh polar environment to ensure that these maps provide ice-thickness information with the highest possible accuracy."