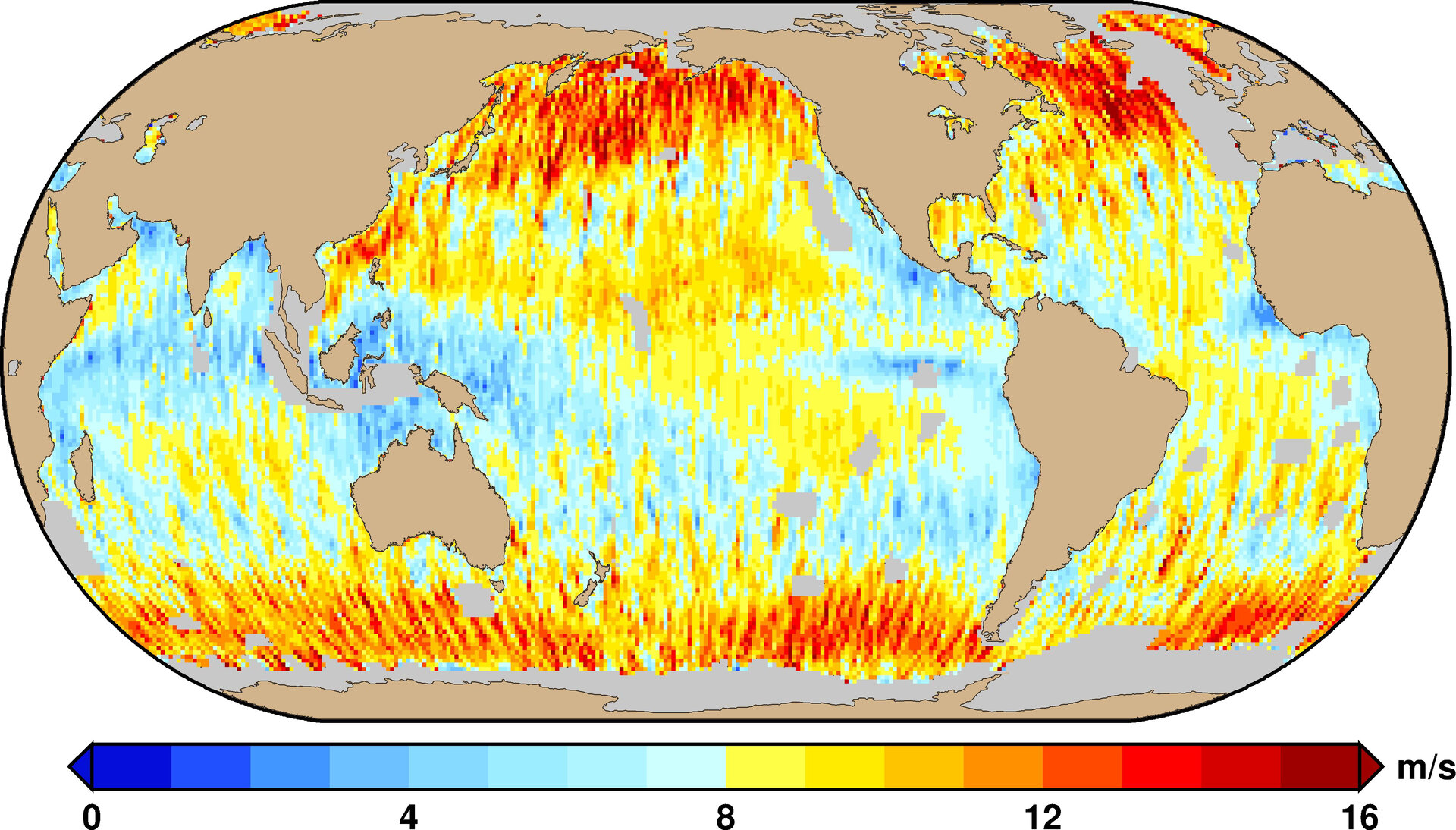 ESA’s CryoSat mission has been gathering detailed information on the thickness of Earth’s ice since its launch in 2010. Through international collaboration, this state-of-the-art mission is soon to be used to monitor conditions at sea for marine forecasting.

CryoSat was built to measure tiny variations in the thickness of Earth’s ice. As a result, the mission is providing scientists with the data they need to help improve our understanding of the relationship between ice, climate and sea level.

As CryoSat orbits from pole to pole, it passes over vast expanses of ocean. So while the mission was designed specifically for ice monitoring, it can also serve to help improve the safety of marine traffic.

The satellite carries Europe’s first radar altimeter specialised for the purpose of detecting tiny variations in the height of the ice – but it can also be used to measure sea level and the height of the waves.

The instrument sends out short radar pulses and measures the time it takes for the signals to travel from the satellite to the ground and back. This information provides the height of the surface below.

The advantage of yielding this kind of information from CryoSat is also down to the advanced performance of its main SIRAL instrument.

When data from CryoSat are merged with other altimeter data such as that from the Envisat and Jason satellites, the combined estimation of wave height and wind speed is greatly improved.

In addition, thanks to its drifting orbit, CryoSat allows a high number of crossovers with other altimeter missions. This provides a set of measurements that have not been available before.

Marine weather forecasts are essential for the safe passage of vessels but accurate forecasts need a supply of timely wind and wave observations.

However, the CryoSat team has changed this to demonstrate that CryoSat can deliver marine information in near-real time from most of its orbits around Earth.

Up to now, this new product called 'fast delivery mode' has only been provided to organisations such the National Ocean and Atmospheric Organisation (NOAA) in the US.

This is about to change: marine information is expected to be available systematically to all users from February.

At NOAA’s Laboratory for Satellite Altimetry (LSA), the CryoSat data are processed to estimate wind speed and wave height, which are then provided to forecasters at NOAA’s National Centres for Environmental Predication.

CryoSat is also providing data on sea level. This is important for monitoring the movement of the ocean waters and mapping the heat content of the upper layers – a reservoir of energy that can lead to tropical storms and hurricanes.

LSA combines CryoSat data with information from other organisations such as the French space agency CNES, the European Centre for Medium-Range Weather Forecasts and NASA.

This processing takes a matter of only three days. NOAA delivers these data to ocean modellers and forecasters worldwide.

This is not only a prime example of what an international approach can achieve in Earth observation, but also demonstrates that although ESA’s family of Earth Explorer satellites are designed with a specific scientific objective in mind, they are able to offer so much more – benefiting both science and the way we live.