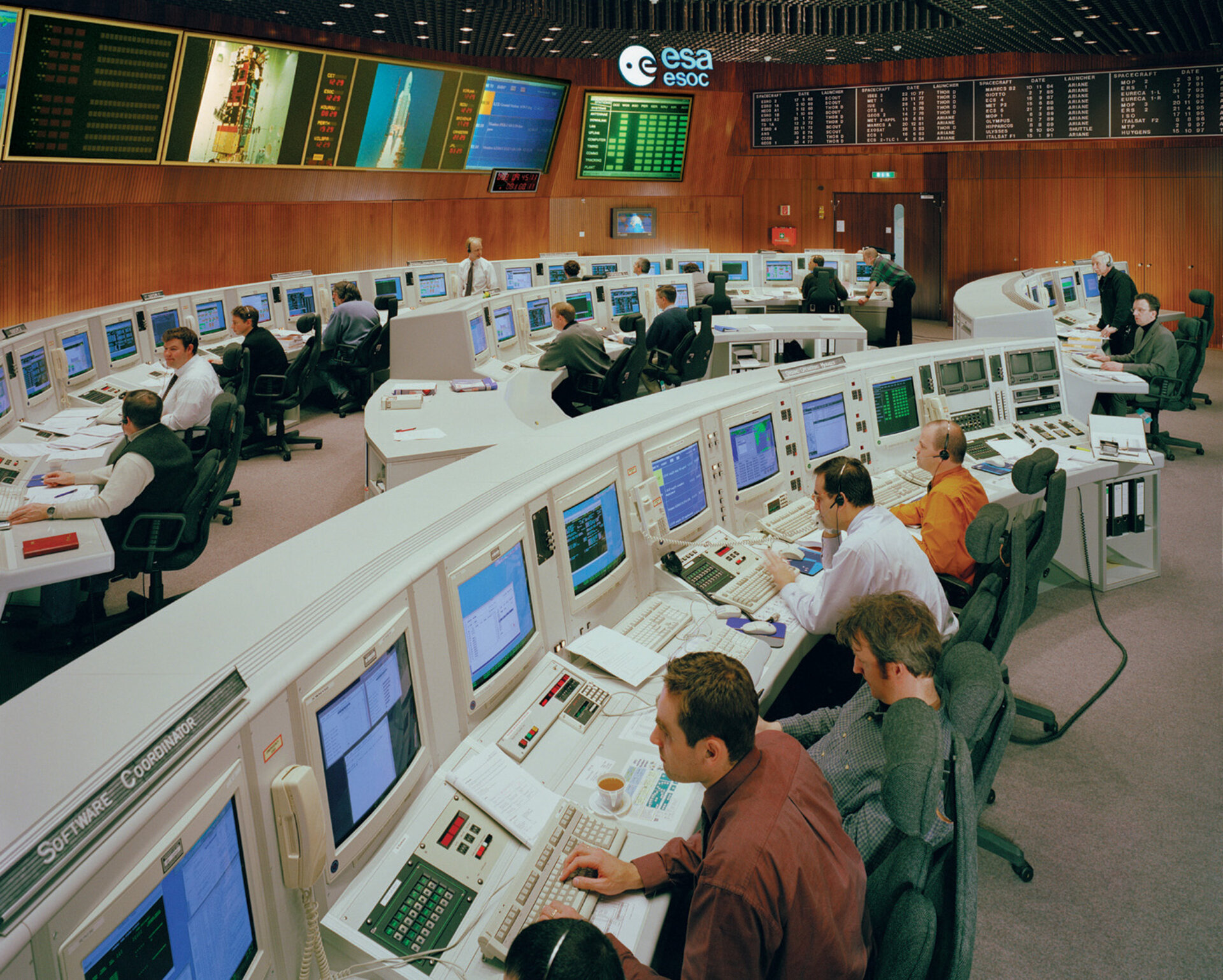 Network countdown has commenced in the main control room at ESOC, ESA's Spacecraft Operations Centre in Darmstadt, Germany, exactly 06:30 hours prior to the launch of the CryoSat satellite, scheduled for 17:02 (CEST) today from Plesetsk in Russia.

This countdown checks that all the conditions are in place for ESOC to be declared ready for the CryoSat launch. Among the final tests to be carried out are: checking voice and data links with the ground stations, ensuring that telemetry, telecommand and tracking and radiometric functions are in place between ESOC, the ground stations and the spacecraft, and making sure that voice communications are established with the ESA Mission Manager at the Plesetsk Cosmodrome in Russia.

The team in the Mission Control Room at ESOC has been carrying out increasingly complex spacecraft validation tests for the last 18 months. In all, the Flight Control Team has carried out 24 challenging simulations. "By now, we all know how to react in all possible situations and equally important, how the spacecraft will react," says Spacecraft Operations Manager, Nic Mardle.

Carrying out the last checks prior to launch in the Main Control Room are teams for spacecraft operations, ground segment operations, flight dynamics and software. Overall responsibility lies with CryoSat Flight Director, Alan Smith. At yesterday's pre-launch briefing he confirmed that all systems were 'green' for launch and that everything went well at Wednesday's rehearsal.

The frequent simulations during which all possible scenarios are rehearsed and the constant training ensure that everyone knows what to do - and also help calm pre-launch nerves. "It is impossible to over estimate how valuable simulations are," says Duncan Warren, Deputy Ground Operations Manager. "We have had eight mission readiness tests a week for six weeks, two with each of the four ground stations, so we know we can trust ourselves and each other to take the right action at the right time."

"Team work is vital for a satellite launch and early orbit phase (LEOP) and each member of the team has a vital role to play," says Pier Paolo Emanuelli, CryoSat Ground Segment Manager and Deputy Flight Director for the CryoSat launch."

Nic Mardle agrees, "the months of working together have helped us forge ourselves into a strong team; in spacecraft operations there is no room for errors and no time for delays but I am confident that we will all work together to ensure a successful launch and mission for CryoSat".

ESOC leaves nothing to chance, there are duplicate teams for all operations, each of which will be working 12-hour shifts to ensure the control room is staffed at all times throughout the LEOP. There are prime and redundant systems for all software, the four ground stations are divided into pairs so that in the unlikely event one fails the other can take over, and ESOC even has its own back-up power supply to ensure that if a power failure did occur, no one would even notice.

Just a few hours remain until the launch of CryoSat, the first of ESA's Earth Explorer missions. Unlike the Ariane launches there is no launch window - the time in which the launch can take place. This launch by a Rockot launcher from Plesetsk in Russia has a leeway of just 10 seconds.

This northern Russian cosmodrome is ideal for launches into polar orbits such as that of CryoSat. Plesetsk has an excellent record as more than 2000 orbital launches have taken place at the cosmodrome since the early 1960s.

At Plesetsk and ESOC countdown is now well underway. The numerous checks that have to be carried out before the "Go for launch" command is given are scrolling down on the display board in the Mission Control Room. Green means the check has been successfully carried out, red that there is an anomaly. The final ESOC "Go/No go" command will be given at launch minus 10 minutes and the last time at which the launch can be aborted is launch minus 3 minutes.

For those not directly involved seeing the launcher liftoff into space is the most exciting moment of a LEOP. But for the teams involved in the CryoSat mission tension will remain high until around 90 minutes after launch when the display board shows that the first signals have been acquired by the ground stations and that CryoSat has successfully separated from the upper stage of the launcher.

To follow the launch countdown and the post-launch events watch the live webcam from the mission control room and follow our simplified launch status table in the attached link.