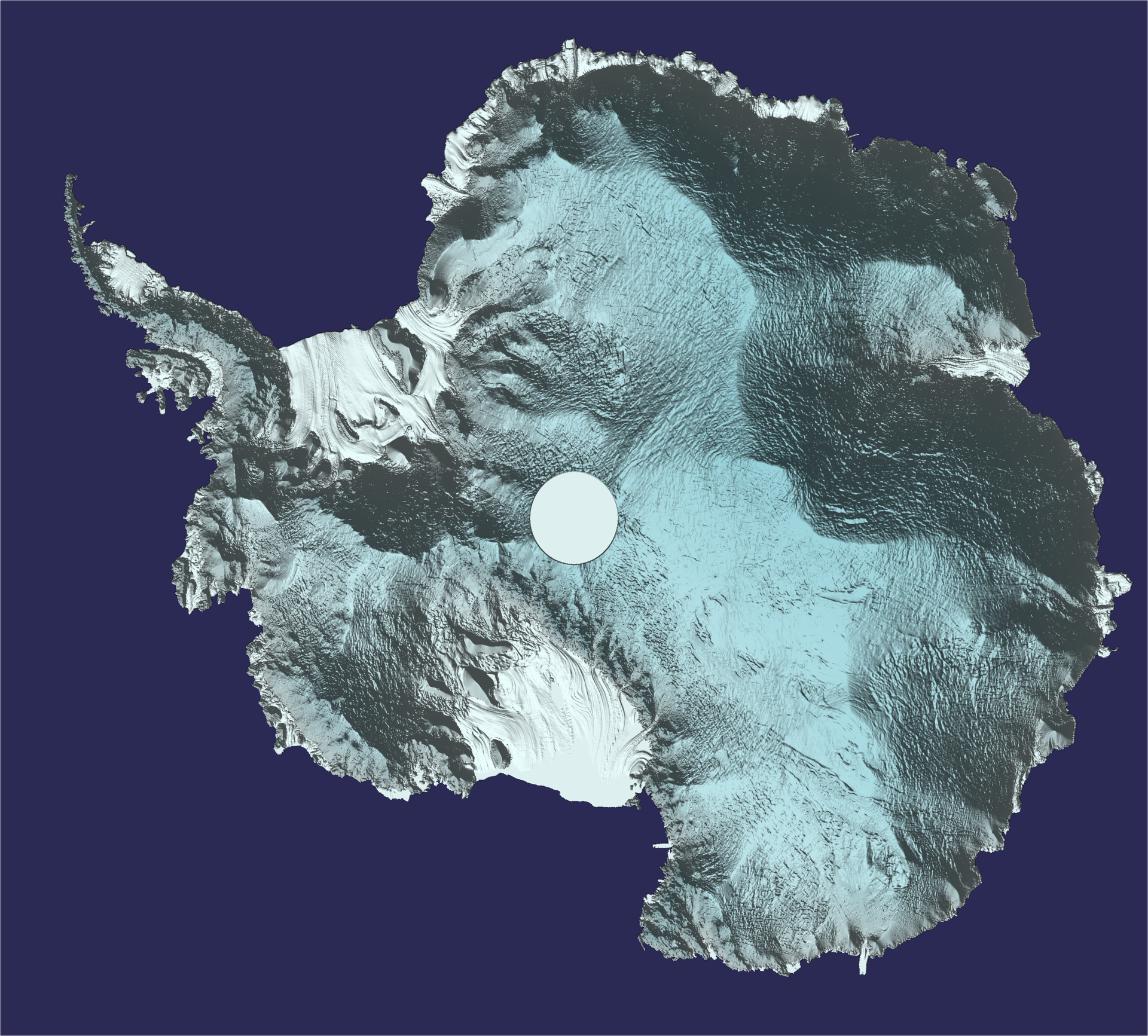 Around 250 million measurements taken by ESA’s CryoSat over the last six years have been used to create a unique 3D view of Antarctica, offering a snapshot of the undulating surface of this vast ice sheet.

CryoSat’s radar altimeter detects tiny variations in the height of the ice across the entire continent, including on the steeper continental margins where the vast majority of ice losses occur.

Importantly, the satellite’s orbit takes it to latitudes within 200 km of the north and south poles – closer than other Earth observation satellites.

Naturally, the mission is also used to map changes in the thickness of ice floating in the polar oceans, which is particularly important for the Arctic.

This new ‘digital elevation model’ was revealed at this week’s gathering of CryoSat scientists in Banff, Canada.

Tom Slater, researcher at the UK Centre for Polar Observation and Modelling (CPOM), said, “We used around 250 million measurements taken by CryoSat between 2010 and 2016 to create the most comprehensive picture of Antarctic ice elevation currently available.”

It offers wide range of applications – showing the surface of Antarctica in such detail means it can be used in anything from planning fieldwork to modelling the ice sheet.

It also allows scientists to distinguish between changes in topography and ice motion when working with other satellite measurements, such as those used to calculate the balance between how much the ice sheet is gaining by accumulating snow and losing through melting and creating icebergs.

The model will soon be freely available via the CPOM portal, which already provides information on sea-ice volume and thickness, ice velocity and, shortly, ice sheets. In the meantime, however, the model can be downloaded here.

CPOM Director Andrew Shepherd added, “We want the digital elevation model to be accessible to anyone who uses ice-sheet surface topography measurements in their work.

“This should benefit not only studies of the Antarctic ice sheet, but also projections of future sea-level rise.”

ESA’s CryoSat mission manager, Tommaso Parrinello, said, “We are hearing some great results from our mission at the meeting here in Banff.

“It’s now widely recognised that dwindling polar ice is one of the first casualties of climate change, but it’s important to provide the hard facts – and this we can do with CryoSat.

“It’s equally important to make sure the satellite’s data are correct and so we have a huge international field campaign just started in the Arctic to take ‘ground  truth’ measurements from aircraft and on the ice to compare with those of CryoSat. It’s a tough environment – so we wish them lots of luck.”