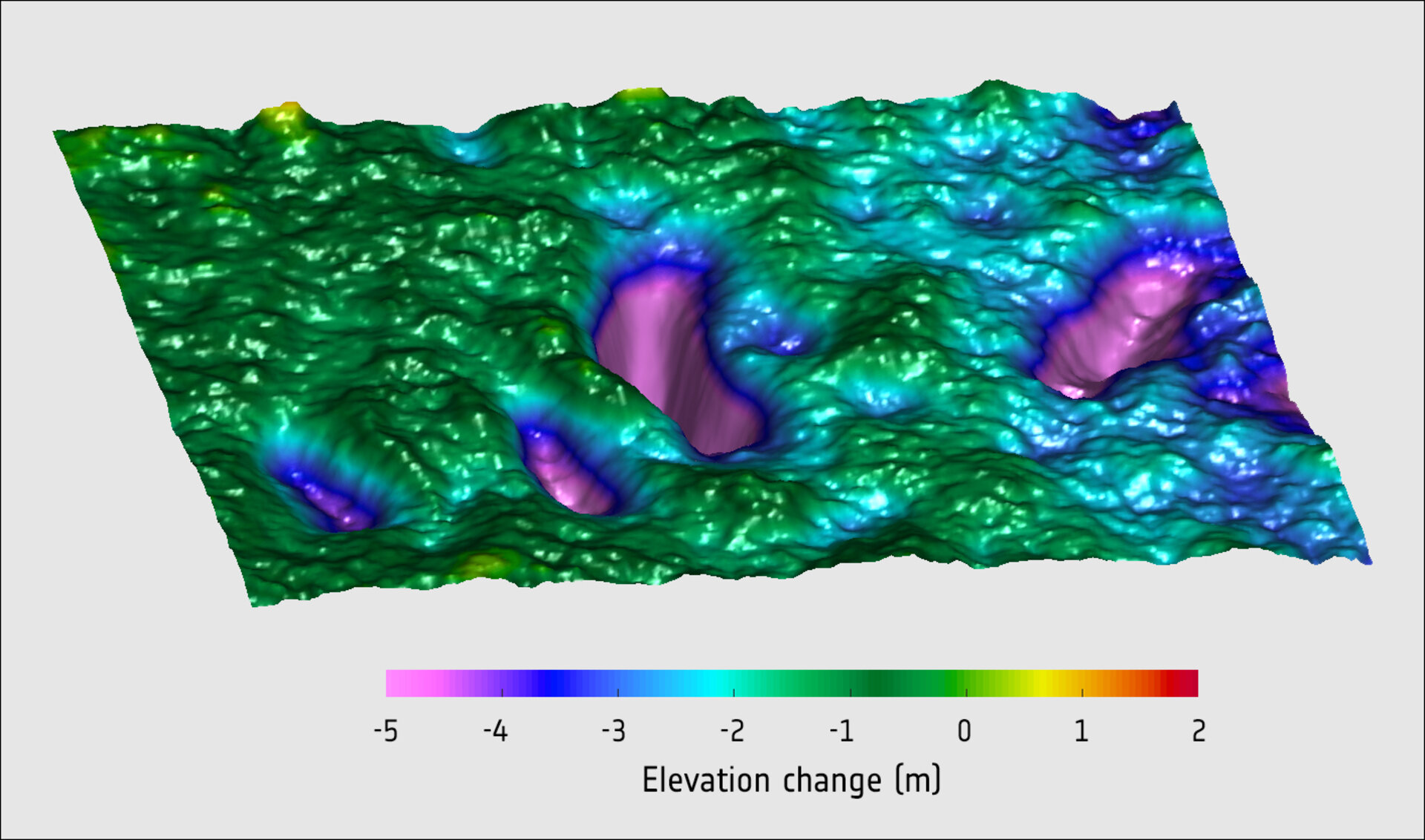 A novel way of using ESA’s CryoSat mission has revealed how lakes beneath Thwaites Glacier drained into the Amundsen Sea – potentially the largest such outflow ever reported in this region of West Antarctica.

This new information is helping scientists understand more about what’s going on deep below the surface of the ice and what affects how fast the glaciers flow towards the ocean.

Thwaites and its neighbouring Pine Island Glacier are the fastest-receding glaciers on the Western Antarctic Ice Sheet.

Although this huge sheet is some 2 km thick in places, much of its floor is well below sea level. This makes it is particularly vulnerable to change, especially where the warmer ocean waters meet the underside of the floating terminus of the glacier.

Understanding the movements of these glaciers is critical for predicting how the ice sheet may behave in the future and how it may affect sea level.

A paper published today in The Cryosphere explains how CryoSat measurements have been processed in a new way and reveal that, in 2013, four interlinked lakes under Thwaites drained into the ocean.

Lakes have been found under glaciers in many parts of Antarctica and are, indeed, commonly associated with fast-flowing glaciers. However, this is the first time they have been found and observed draining into the Amundsen Sea. In addition, this emptying is thought to happen only every 20–80 years.

Water below the ice sheet plays an important role in how quickly glaciers flow towards the sea, thought to be because a layer of meltwater reduces friction between the ice and the bedrock.

In addition, when channels form under the ice they lubricate the glacier bed.

Benjamin Smith from the University of Washington and lead author of the paper said, “This is first time we’ve been able to monitor both elevation changes and ice speed in this kind of detail over such a large area.

“Together, they tell us about how water moving at the glacier bed affects ice speed, and what processes we need to understand so that we are better equipped to predict the future of Thwaites.”

Noel Gourmelen from the University of Edinburgh explained, “Repeat observations from CryoSat over Thwaites revealed that the surface of the ice subsided by several metres as water drained away from the four lakes under the ice. The lakes totalled an area of about 700 sq km.

“On average, Thwaites carries about 135 cubic km of ice to the sea every year, but drainage from these lakes released an extra 3.5 cubic km of freshwater.

“In addition, the speed of the glacier increased by about 10% and would have contributed to a discharge of around 150 cubic km a year between 2013 and 2014.”

Drainage is estimated to have peaked at about 240 cubic m a second, possibly the largest outflow of meltwater ever reported from subglacial lakes in this region. This peak rate is about four times faster than the River Thames in England discharges to the North Sea each year.

Before this discovery, scientists had thought that this part of the ice sheet did not store water in lakes beneath the surface for very long because abrupt drainage had not been seen before in the area.

“The main issue has been the limited coverage of standard altimeter measurements. But thanks to new processing techniques, the capability of using CryoSat to both discover and monitor Antarctic subglacial lakes has vastly increased.

Tommaso Parrinello, ESA’s CryoSat mission manager, added, “CryoSat again is proving what a versatile satellite it is. Now we also have the Copernicus Sentinel-1, with both providing powerful tools for developing further understanding of the relationship between lake drainage and ice dynamics in Antarctica.”