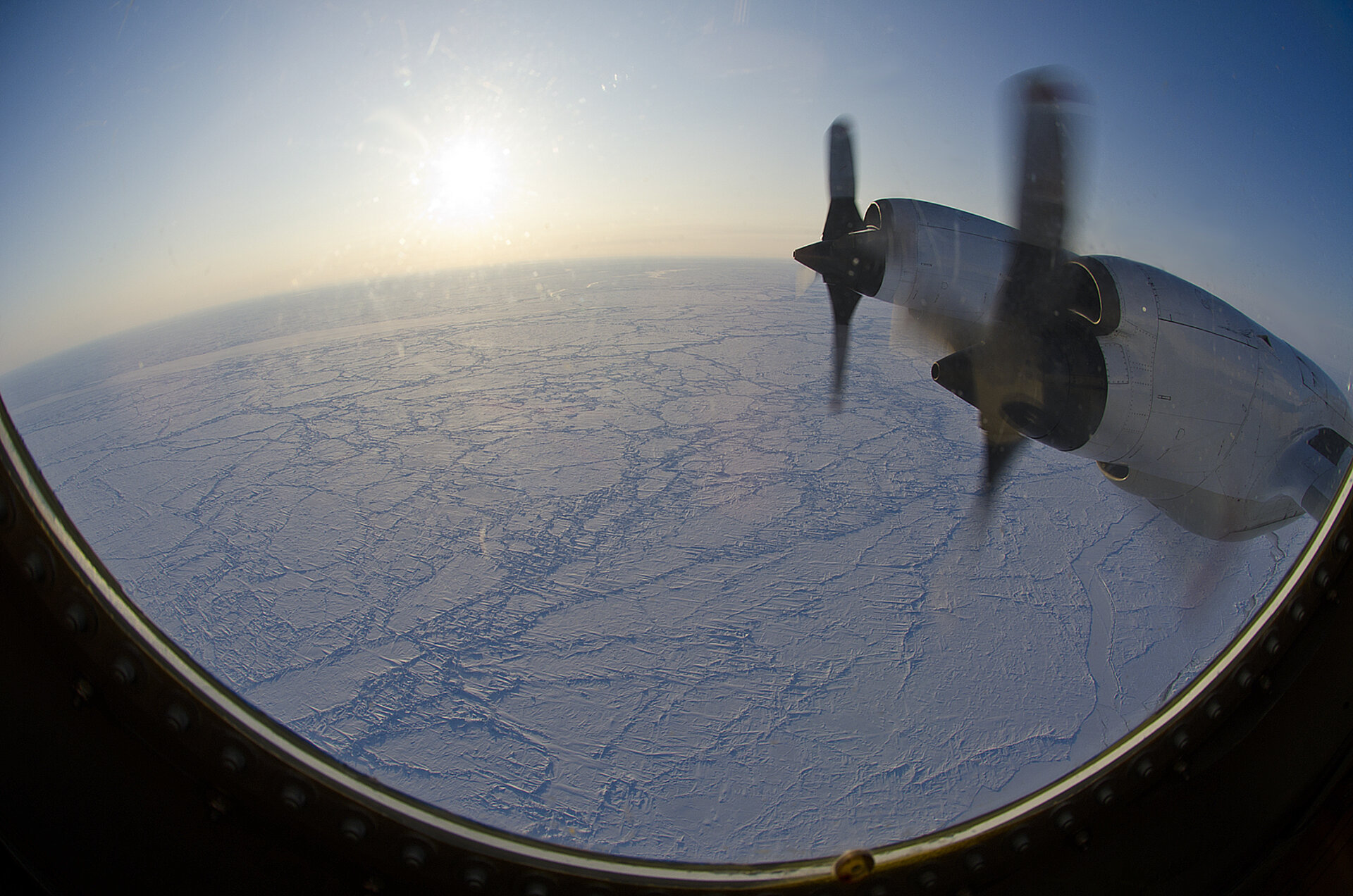 Marking another remarkable collaborative effort, ESA and NASA met up over the Arctic Ocean this week to perform some carefully coordinated flights directly under CryoSat orbiting above. The data gathered help ensure the accuracy of ESA’s ice mission.

The aim of this large-scale campaign was to record sea-ice thickness and conditions of the ice exactly along the line traced by ESA’s CryoSat satellite orbiting high above. A range of sensors installed on the different aircraft was used to gather complementary information.

These airborne instruments included simple cameras to get a visual record of the sea ice, laser scanners to clearly map the height of the ice, an ice-thickness sensor called EM-Bird along with ESA’s sophisticated radar altimeter called ASIRAS and NASA’s snow and Ku-band radars, which mimic CryoSat’s measurements but at a higher resolution.

In orbit for two years, CryoSat carries the first radar altimeter of its kind to monitor changes in the thickness of ice.

As with any Earth observation mission, it is important to validate the readings acquired from space. This involves comparing the satellite data with measurements taken in situ, usually on the ground and from the air.

The teams of scientists from Europe, US and Canada expect that by pooling flight time and the results they will get a much-improved accuracy of global ice-thickness trends measured by CryoSat and NASA’s IceSat.

This will, in turn, lead to a better understanding of the impact of climate change on the Arctic environment.

Rene Forsberg, from the Technical University of Denmark’s National Space Institute, said, “As a scientist I value the collaboration very much.

“Data from a particular instrument provides one piece of the puzzle. Through experience in combining gravity and altimetry measurements over ice sheets, I’ve found that by combining measurements from different instruments you can solve the puzzle more easily and move forward.”

Coordinated campaign activities in these extremely cold and remote locations are difficult and include numerous challenges. The most obvious is the extreme weather. While much of Europe and North America is now enjoying the spring weather, temperatures in the high Arctic still often dip below –30° C.

These cold temperatures present challenges in running the aircraft and the complex scientific instruments on board, and of course, for the participants.

Distance and time zones are another challenge, because the NASA team is located in Thule, Greenland, and the ESA team is in Alert, Canada. Last, but not least, ESA’s satellite operations, such as orbit manoeuvres and instrument settings, need to be coordinated with field activities to maximise the scientific return.

Despite these and many other challenges, the joint flights proved a resounding success.

On two occasions during the past week as the CryoSat satellite came over the horizon on the other side of the Arctic Ocean and raced across the frozen sea at over 6 km/second, the ESA and NASA planes met up along the coast and headed out over the frozen water within metres of each other to follow the line traced by CryoSat.

“It would be easy to view such a success as ordinary and lose sight of how difficult this whole undertaking really is. The skill and experience of all teams involved is the foundation for safety of operations and success in such an extreme environment.”

Malcolm Davidson, ESA's CryoSat Validation Manager, added, “By joining forces and pooling their efforts, ESA and NASA are able to achieve much more than each agency would separately.

“The joint activities this week provide a vivid illustration of the many synergies that such a collaboration brings.”