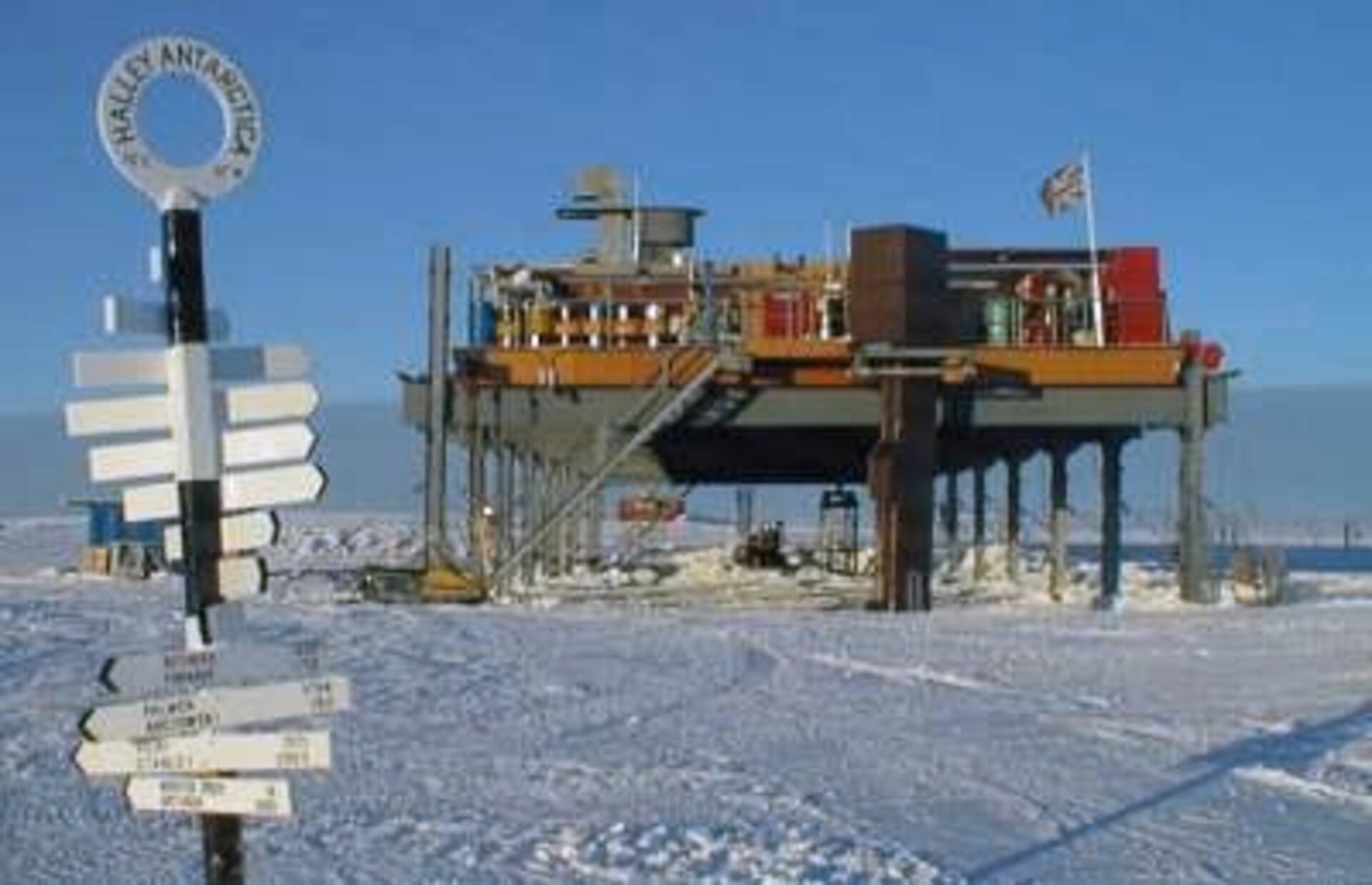 An unusually heavy Antarctic sea-ice pack has kept polar supply ship Magdalena Oldendorff trapped for more than a month. A multinational rescue mission already evacuated passengers and non-essential crew from the vessel, caught in ice while returning from the Russian base of Novolazarevskaya on Queen Maud Land. Meanwhile, an Argentine icebreaker Almirante Irizar is on its way to attempt to free the ship, and a second Swedish icebreaker Oden is also en route to support the effort.

It’s a serious situation, but not unprecedented as the Antarctic winter starts to bite. Despite numerous reports in recent years of polar warming, a curious series of events just a few months ago also led to a British vessel being blocked from its own supply mission by unprecedented sea ice conditions during the Antarctic summer. Perpetual daylight usually sees sea-ice around the continent recede close to shore and allows scientific bases to be re-supplied by ship. But the British Antarctic Survey (BAS) ship RRS Ernest Shackleton found itself unable to reach a remote base called Halley, perched on an ice shelf off the edge of Coats Land in the eastern Weddell Sea, Antarctica.

ESA’s Ocean/Ice Unit keeps watch on the region using all-weather satellite microwave data. Tabulated together, these image data illustrate how pack ice melts back each Antarctic summer – however, something quite different happened this year. “Shackleton is an ice-strengthened vessel, but pack ice in the eastern Weddell Sea was so unusually heavy this summer that it was unable to penetrate through to Halley”, said Mark Drinkwater of ESA. “What’s significant is that this was the first time in Halley’s 44-year history that this has happened. Normally ice that has survived the summer gets driven west against the Antarctic peninsula by prevailing winds and ocean currents, thereby allowing easy access by vessels to coastal bases in the eastern Weddell Sea such as Halley.”

Satellite radar images show an anomalous wedge of summer ice extending eastwards across the basin-shaped Weddell Sea in early February 2002, as opposed to the more typical situation one year earlier. Cloud cover can be almost constant in this region, and it is shrouded in darkness for a large part of the year at these latitudes. However, microwave radar-based instruments like those on board ESA’s ERS-2 and the Envisat spacecraft can see where photographic light cameras cannot. These instruments work by beaming radar waves onto the Earth’s surface then recording how it is scattered back towards the spacecraft. Ocean and ice-covered surfaces each have their own distinctive ‘surface roughness’ influencing the return radar signal. “Periodic image data illustrate how water and sea-ice in the Weddell Sea normally circulate in a clockwise manner, called a gyre,” said Drinkwater. “This summer that didn’t happen, probably due to the winds being quite different from usual as well as thicker, more resilient ice floes surviving from the previous winter.” One conspicuous feature that went unreported in early Enivsat ASAR images was the absence of perennial sea ice in the northwest Weddell Sea, adjacent to the Larsen ice shelf. “These data confirmed a large-scale shift in the location of the perennial pack ice, and as a result much greater quantities of pack ice in the eastern Weddell Sea at the end of the summer,” said Drinkwater.

There on the spot, the Shackelton’s crew had a very immediate practical problem to solve. They still needed to deliver personnel, supplies and equipment to Halley for over-wintering, as well as take staff home. After repeated failed attempts to reach Halley in December and January, Shackleton was berthed 200 miles northeast and BAS decided to carry out the transfers using three Twin-Otter planes. By the time the ship sailed north on February 18, more than forty flights had been carried out. Professor Chris Rapley, Director of BAS said, “This was the first ever ship/air re-supply undertaken by BAS, and its success is a credit to all involved.”

ESA is interested in monitoring sea-ice because it has important implications for climate. Ice is a good insulator, so it blocks the relatively warm ocean and cool atmosphere exchanging heat. Also when seawater first begins to freeze, relatively pure ice is formed as the salt content of the surrounding seawater is increased – this causes the upper layers of seawater to increase in density and sink, a mechanism which drives ocean circulation.

Although ESA continues to keep a close watch on the ice through ERS-2 and recently launched Envisat satellite radar instruments, the Agency’s ability to chart sea-ice should be increased further by Cryosat an Earth Explorer Opportunity mission set to fly in April 2004, and the ASCAT instrument aboard MetOp in 2005. Specifically designed and built for ice observation, Cryosat’s radar altimeter instrument is capable of recording sea-ice topography and thickness information along-track. Together with the sea-ice image data generated from MetOp’s Advanced Scatterometer, Cryosat will help routinely monitor ice conditions. So if the ice does hold any messages for us about future climate change, ESA can help decipher them.