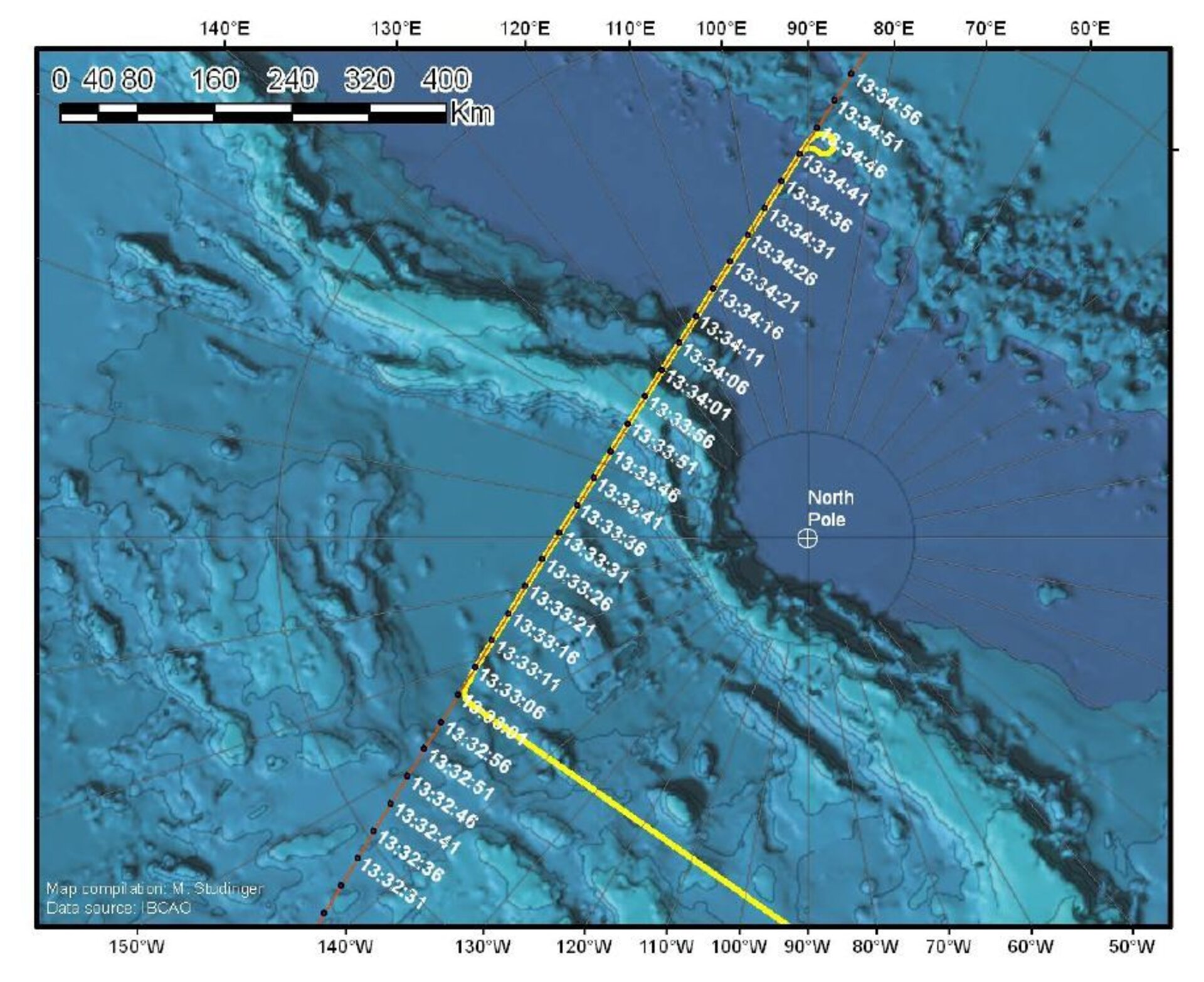 Taking advantage of NASA's 'Operation Ice Bridge' campaign, measurements of Arctic sea ice have been made from an aircraft flying directly under CryoSat-2's orbital path. These measurements offer an early opportunity to check the quality of the newly launched CryoSat-2 satellite data over sea ice.

Following the launch of ESA's CryoSat-2 ice mission 8 April, the satellite's Synthetic Aperture Interferometric Radar Altimeter (SIRAL) was switched on and delivered its first radar echo data on 11 April. Although the mission still has to go through a six-month commissioning phase before it delivers calibrated and validated data to the scientific community, ESA is very pleased with the quality of data so far.

This early opportunity to compare airborne with satellite measurements arose though NASA's Operation Ice Bridge, which is a six-year field campaign to bridge the gap between its ICESat-I and ICESat-II missions.

The campaign uses a DC-8 aircraft carrying the Airborne Topographic Mapper laser, which sends pulses of light in circular scans to the ground. The pulses reflected back to the aircraft are converted into elevation maps of the ice surface below.

Since the campaign is being carried out in the Arctic, ESA and NASA seized the opportunity to collaborate by timing one of the DC-8's flights to coincide with CryoSat-2 orbiting above.

The NASA aircraft flew from Thule in northwestern Greenland over the Arctic Ocean on 20 April to pass directly under the satellite orbiting close to the North Pole. In parallel, ESA's European Spacecraft Operations Centre in Germany switched CryoSat-2's SIRAL from 'health monitoring mode' into its sea-ice measuring 'SAR mode'.

Robert Cullen, ESA's CryoSat-2 Commissioning Manager said, "SIRAL has been in excellent working order since we switched it on a few days after launch, so we decided to take advantage of the NASA underflight.

"Although we were testing SIRAL at the time, the CryoSat flight control team manually switched the instrument into its sea-ice mode for the duration of the underflight and quickly switched back to carry on our maintenance work afterwards."

The plane took around 750 km-worth of data, which will be compared in the future with CryoSat-2 observations from space.

"This collaboration will contribute to the evaluation of the quality of the CryoSat data, and subsequently will ensure the broadest possible use of the data in climate science."

For a satellite mission aimed at providing global maps of ice-thickness change over time, down to centimetre level, validation is an essential element of the mission. ESA is planning extensive validation campaigns in the polar regions throughout CryoSat’s life, taking measurements from the ground and from aircraft.

These campaigns are carried out as essential input to the software that transforms CryoSat-2's measurements into ice-thickness maps, and to make a direct comparison between ground and satellite measurements. ESA's next campaign in the Arctic is planned for this summer.

In the meantime, this first underflight provides an early opportunity to verify the first CryoSat-2 data and sets the stage for future collaboration between ESA and NASA for further validation activities.