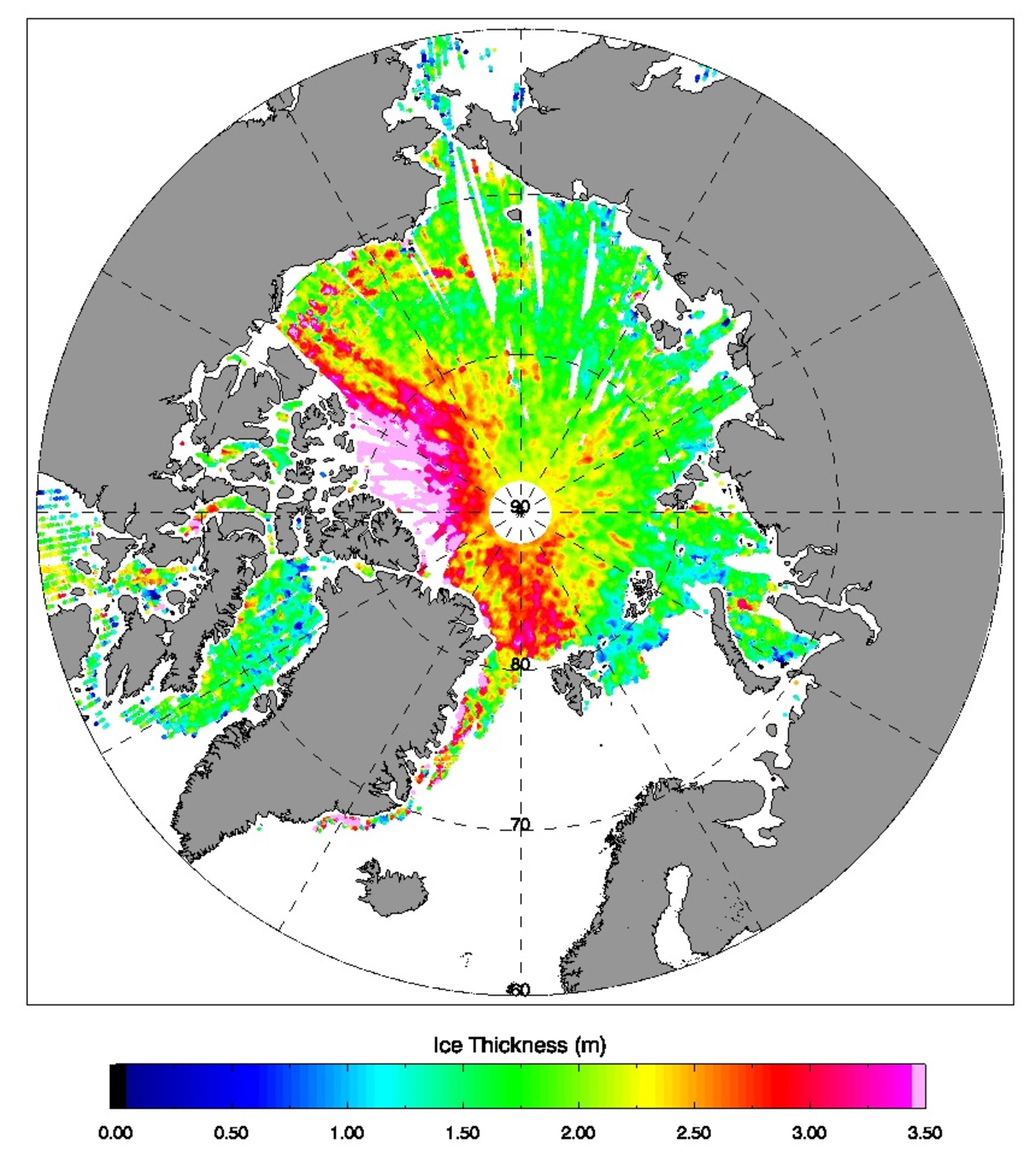 ESA’s ice mission has become the first satellite to provide information on Arctic sea-ice thickness in near-real time to aid maritime activities in the polar region.

Marking five years in orbit just last week, CryoSat is the first mission to deliver complete maps of Arctic sea-ice thickness – a key indicator of global climate change and of the state of the Arctic itself.

The satellite carries a radar altimeter that can ‘see’ through clouds and in the dark, providing continuous measurements of polar ice thickness.

With specialist data processing provided by the UK’s Centre for Polar Observation and Modelling (CPOM), these measurements can now be delivered within two days of acquisition through a website launched today.

The rapid data processing is important for managing and planning activities affected by Arctic sea ice, such as shipping, tourism, Arctic exploration and search and rescue.

“The mission is now an essential tool for a wide range of services operating in areas of the planet where sea ice forms.”

With the rapidly increasing economic growth in the Arctic, timely and routine information on sea-ice thickness will help to ensure that users of the Arctic can plan and carry out their operations safely and with care.

The rapid access to data will also ease scientific research in the polar region, improving our understanding of how this sensitive environment is responding to climate change.

“We’ve already found that, although Arctic sea ice set a record this year for its lowest ever winter extent, it was about 25 cm thicker, on average, than in 2013, when CryoSat recorded its lowest winter volume,” explained CPOM researcher Rachel Tilling.

The latest measurements available on the new website also show that sea ice around Norway’s Svalbard Archipelago is today only a metre thick – approximately half of what it was in the winter of 2011 just after CryoSat was launched.

Professor Shepherd noted, “The thinner ice around Svalbard coincides with a warming of the surrounding Barents Sea.

“We’ve already seen the impact of this change in ocean conditions on Svalbard’s Austfonna ice cap, where glaciers have speeded up at unprecedented rates, and the rapid retreat of sea ice in this sector of the Arctic is almost certainly down to the same thing.”

CryoSat’s realtime measurements were first trialled in the spring of last year, to guide a scientific experiment north of Greenland led by CPOM. The service will be tested next week when the Norwegian Polar Institute’s Young Sea Ice mission carries out experiments in the sea-ice pack north of Svalbard.

“Similarly, CryoSat has shown the importance of its measurements for current and future operational and forecasting services on all Arctic latitudes, paving the way for the development of similar missions in future.”