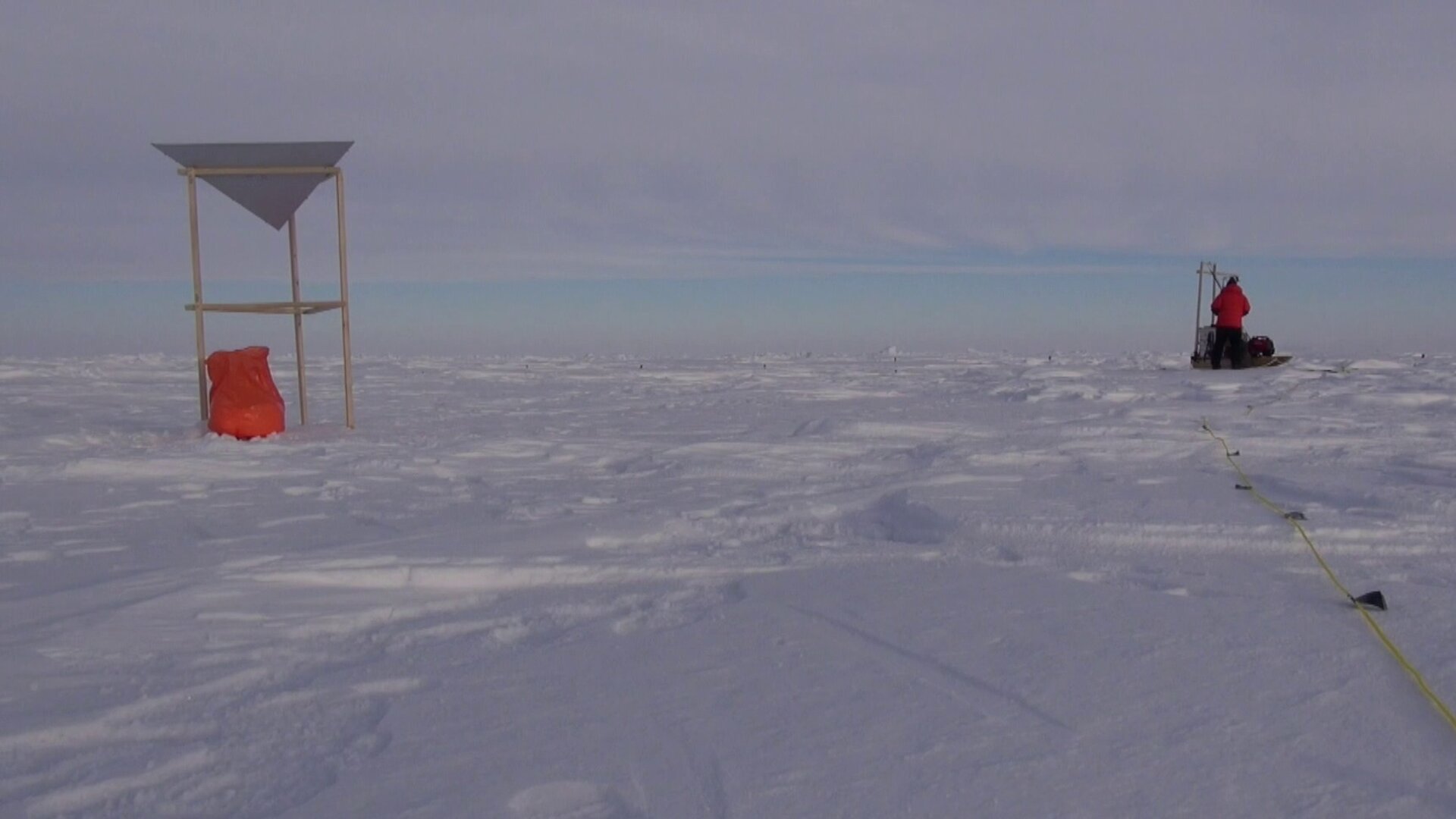 Trekking to the far reaches of the Arctic for the sole purpose of collecting snow and ice measurements may seem extreme, but it is thanks to these efforts that scientists will soon have even better satellite information at their fingertips to assess changes in polar ice.

Over the last year, the measurements made by scientists camping on the ice and from various aircraft during a month-long expedition have been painstakingly processed so that they can be used to confirm data from ESA’s CryoSat ice mission.

CryoSat measures the height of ice – both of that floating in the polar oceans and of the vast ice sheets covering Greenland and Antarctica. This information is essential for working out the thickness of the ice and how it is changing and, ultimately, how the volume of Earth’s ice is being affected by the climate.

Given the crucial nature of understanding the links between ice and climate, it is important to make sure that CryoSat’s measurements remain accurate, even if this means heading out to one of the most inhospitable places on Earth.

Scientists from numerous European and North American organisations volunteered to do just this.

Their task was to take measurements of the Arctic sea ice using a suite of sensors on a different aircraft, as well as to measure snow and ice depth meticulously by hand on the ice – all the while keeping an eye out for polar bears.

The ground team ranged from hardened polar scientists who wore jeans and took measurements with their bare hands despite temperatures of –30°C to PhD students who had never experienced the harshness of an Arctic campaign.

“For example, we needed a generator to power our radar, without power we couldn’t take our measurements. We actually had three generators in the camp, but at times none of them worked because of the extreme temperatures.

“Nevertheless, over time we manage to get at least one of the generators working and the long daylight hours allowed us to catch up – it was all pretty exhausting, but a great experience.”

Polar explorer Marc Cornelissen, who has participated in a number of ESA’s Arctic field campaigns, said, “With teams in different aircraft and on the ice, this campaign was one of the most complex I’ve been involved in, and the first time we’ve actually looked after people camping on the ice for days at a time.

“Over the years, I’ve seen changes happening to our fragile Arctic environment, but CryoSat is giving us the hard facts. Campaigns are essential to assure scientists that they can have absolute confidence in the satellite data.”

The campaign measurements actually go further than just validating the CryoSat satellite data, they contribute significantly to the continuous improvement in the quality of ice-thickness maps.

From April, scientists will have, for the first time, access to systematic sea-ice ‘freeboard’ information with which to generate ice-thickness maps. Freeboard describes the height of sea ice protruding above the water line.

Until now, scientists had to process the CryoSat data to calculate this.

Tommaso Parrinello, CryoSat Mission Manager, said, “The validation aspect also indicates that the satellite is still in excellent health and providing precision data despite being in orbit for five years.”

“Between winter and summer the Arctic Ocean typically loses roughly the same amount of ice that could be held in Lake Constance 340 times, it is then regained the following winter.

“While the ebb and flow of the extent of ice has been observed by satellites for some years, CryoSat is giving us clear information about changes in the volume of ice so that these seasonal changes can be measured accurately and, importantly, to ascertain year-on-year change.

“Thanks to the ground team who were prepared to venture out onto the ice and the Danish and Canadian air teams, we can remain assured of CryoSat’s accuracy.”