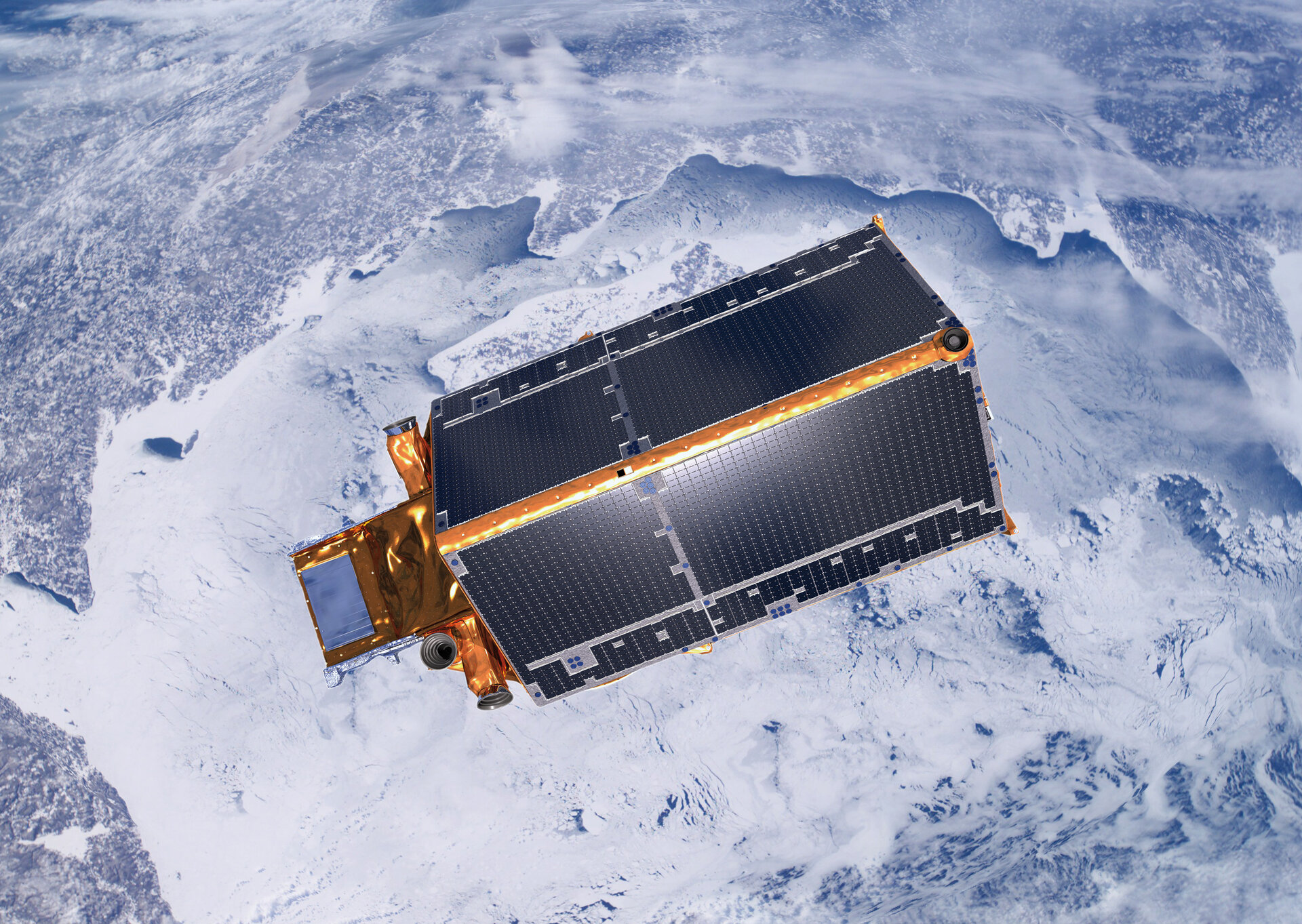 ESA PR 06-2010. For the launch of the CryoSat-2 satellite, scheduled for Thursday 8 April at 15:57 CEST, representatives of the press are invited to watch the event live from ESA's European Space Operations Centre (ESOC) in Darmstadt, Germany.

This new launch date has been confirmed by International Space Company Kosmotras following the implementation and validation of a change in the launcher’s flight software.

Monitoring variations in the thickness of marine ice floating in the polar oceans and changes in the vast ice sheets that overlie Greenland and Antarctica, ESA’s ice mission CryoSat deploys the most sophisticated satellite ever to study the Earth's ice fields.

CryoSat-2 will be placed into orbit 700 km above the Earth by a Russian Dnepr rocket launched from the Baikonur Cosmodrome in Kazakhstan. Lift-off is scheduled for 15:57 CEST (13:57 UTC) on Thursday 8 April 2010. The launch operator is Kosmotras.

Press representatives are invited to watch the launch live from ESA’s ESOC establishment in Darmstadt. A European Press Centre will be open from 12:30 to 17:30 and ESA is hosting a launch event from 14:00 to 16:30. Live televised transmission of the launch will provide pictures from Baikonur and from Mission Control at ESOC for broadcasters. Further details of the TV transmission can be found at http://television.esa.int. ESA senior management and programme specialists will be on hand to give explanations and interviews.

Media representatives wishing to follow events from Darmstadt or watch the launch live from another ESA establishment should fill in the accreditation form linked on the right and fax it back to one of the numbers provided.

CryoSat will be the third of ESA’s Earth Explorer satellites in orbit, following the launches of GOCE (in March 2009) and SMOS (in November 2009). It was originally due to be ESA's first Earth Explorer, but the first satellite was lost as a result of a launcher failure in October 2005.

The 700 kg CryoSat spacecraft – whose name comes from the Greek kryos meaning cold or ice – carries the first all-weather microwave radar altimeter. The instrument has been optimised for determining changes in the thickness of both floating sea ice, which can be up to several metres, and polar land ice sheets, which in Antarctica can be close to 5 km thick. The mission will deliver data on the rate of change of the ice thickness accurate to within one centimetre.

Recent record-lows in the extent of summer Arctic sea-ice cover demonstrate that significant changes are occurring in the polar regions. While ice cover has been mapped from space for many years by satellites such as Envisat, there remains an urgent need to determine how ice thickness is changing.

Data from the CryoSat mission will provide the scientific community with hard evidence on how the Earth's ice is changing and will lead to a better understanding of the role ice plays in climate and sea-level change.