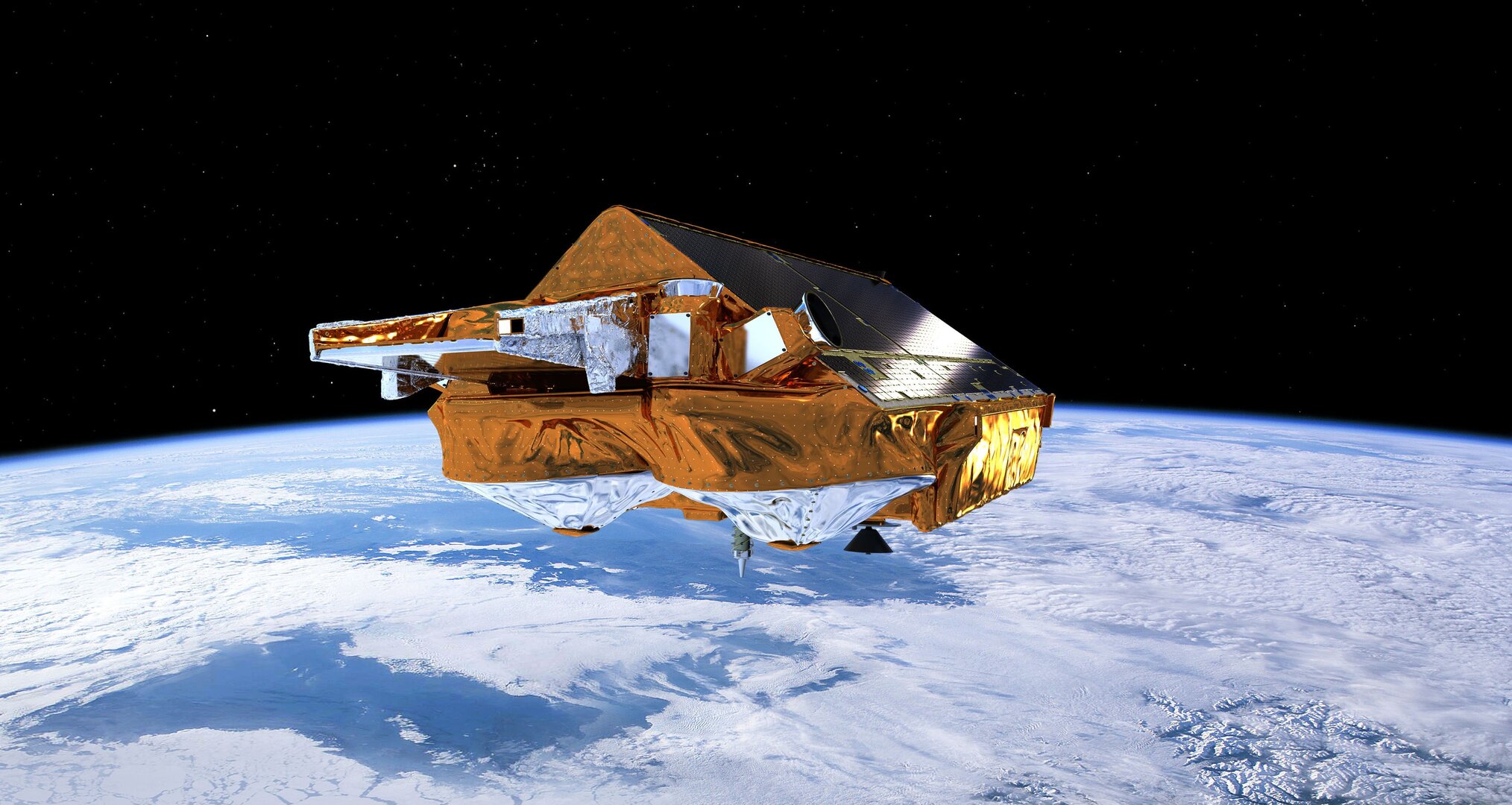 After nearly a year and a half of operations, CryoSat has yielded its first seasonal variation map of Arctic sea-ice thickness. Results from ESA’s ice mission were presented today at the Royal Society in London.

In June 2011, the first map of Arctic sea-ice thickness was unveiled, using CryoSat data acquired between January and February of that year.

Now, the complete 2010–11 winter season data have been processed to produce a seasonal variation map of sea-ice thickness.

This is the first map of its kind generated using data from a radar altimeter and at such a high resolution compared to previous satellite measurements.

CryoSat’s altimeter makes precise measurements of its height above the ice by measuring the time interval between the transmission and reception of very short radar pulses.

Readings over the Arctic from October 2010 to March 2011 were processed to map the seasonal formation of floating ice.

ESA and NASA have been collaborating to perform carefully coordinated flights directly under CryoSat’s orbit over the Arctic, gathering data to ensure the accuracy of the satellite measurements. 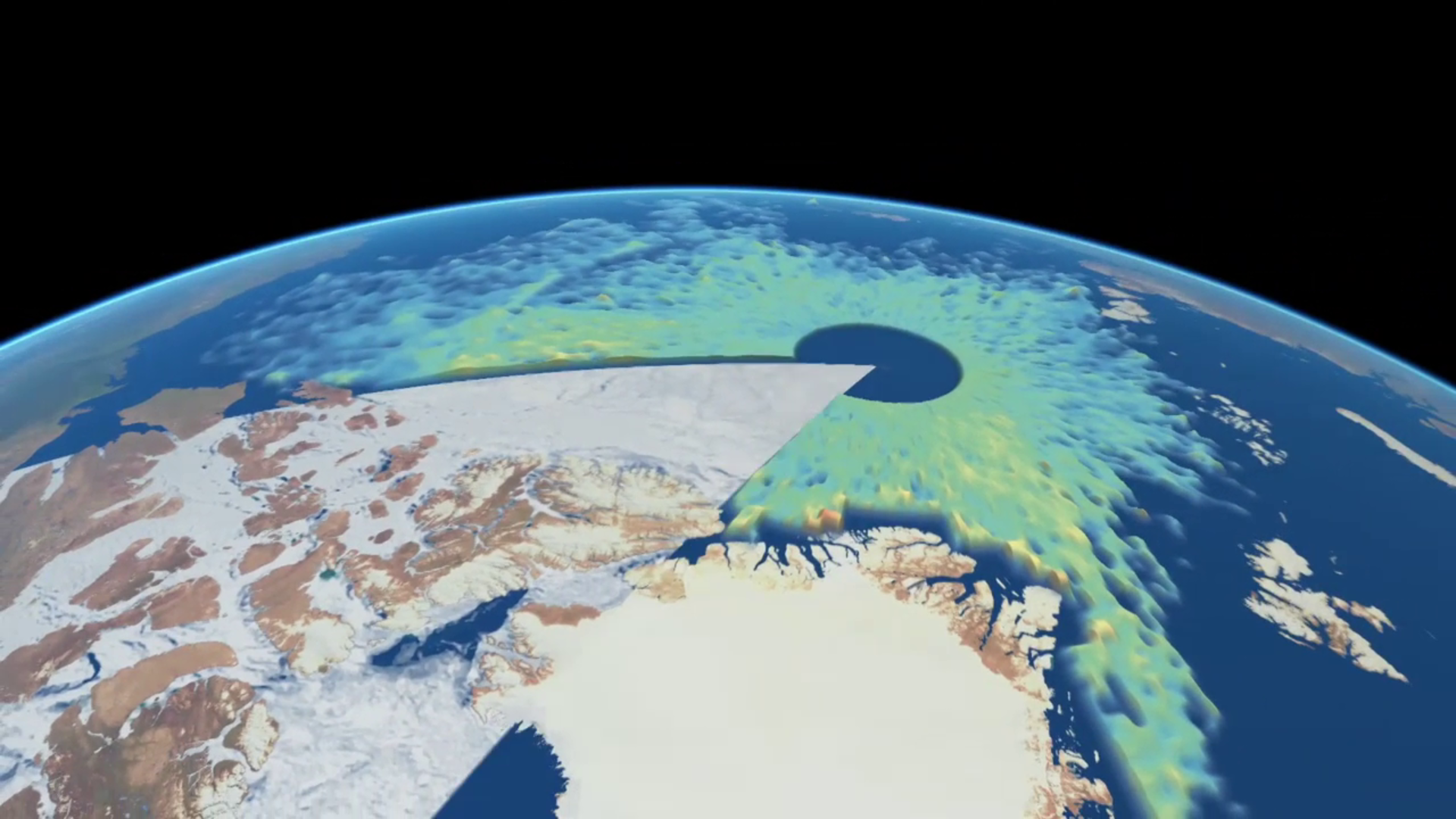 The map, along with a full digital elevation model of Greenland and other scientific results from the collaborative European mission, were presented today at the Royal Society in London.

The event was jointly organised by ESA and the UK Space Agency as part of the wider celebration of the 50th anniversary of the UK in space.

“Within the 50th anniversary celebrations of space activities in the UK, we have today seen how the UK has been able to contribute to and lead in the many aspects of ESA’s CryoSat mission,” said David Williams, Chief Executive of the UK Space Agency.

Director of ESA’s Earth Observation Programmes, Volker Liebig, outlined the dramatic changes in the Arctic, and how satellites have been monitoring sea-ice for over 30 years.

“In the coming years, the Arctic will become a very important geo-political region,” said Prof. Liebig.

“15 to 20 per cent of the world’s oil and gas reserves are expected there, and we will find shorter shipping routes as the ice melts. Satellites will play and ever-important role in the sustainable management of this sensitive region.”

Every year, the Arctic Ocean experiences the seasonal formation and then melting of vast amounts of floating ice. Over the past decade, satellites have seen an acceleration in the rate of overall sea ice loss.

Radars on satellites such as ESA’s CryoSat can acquire high-resolution images through clouds and darkness. This is particularly useful when observing the inaccessible Arctic, which is prone to long periods of bad weather and extended darkness.

In the coming years, CryoSat data will map precise changes in sea-ice thickness year to year, furthering our understanding of the effects that climate change has on the Arctic.

ESA’s SMOS mission is providing complementary information on sea-ice cover and the thickness of thin ice.