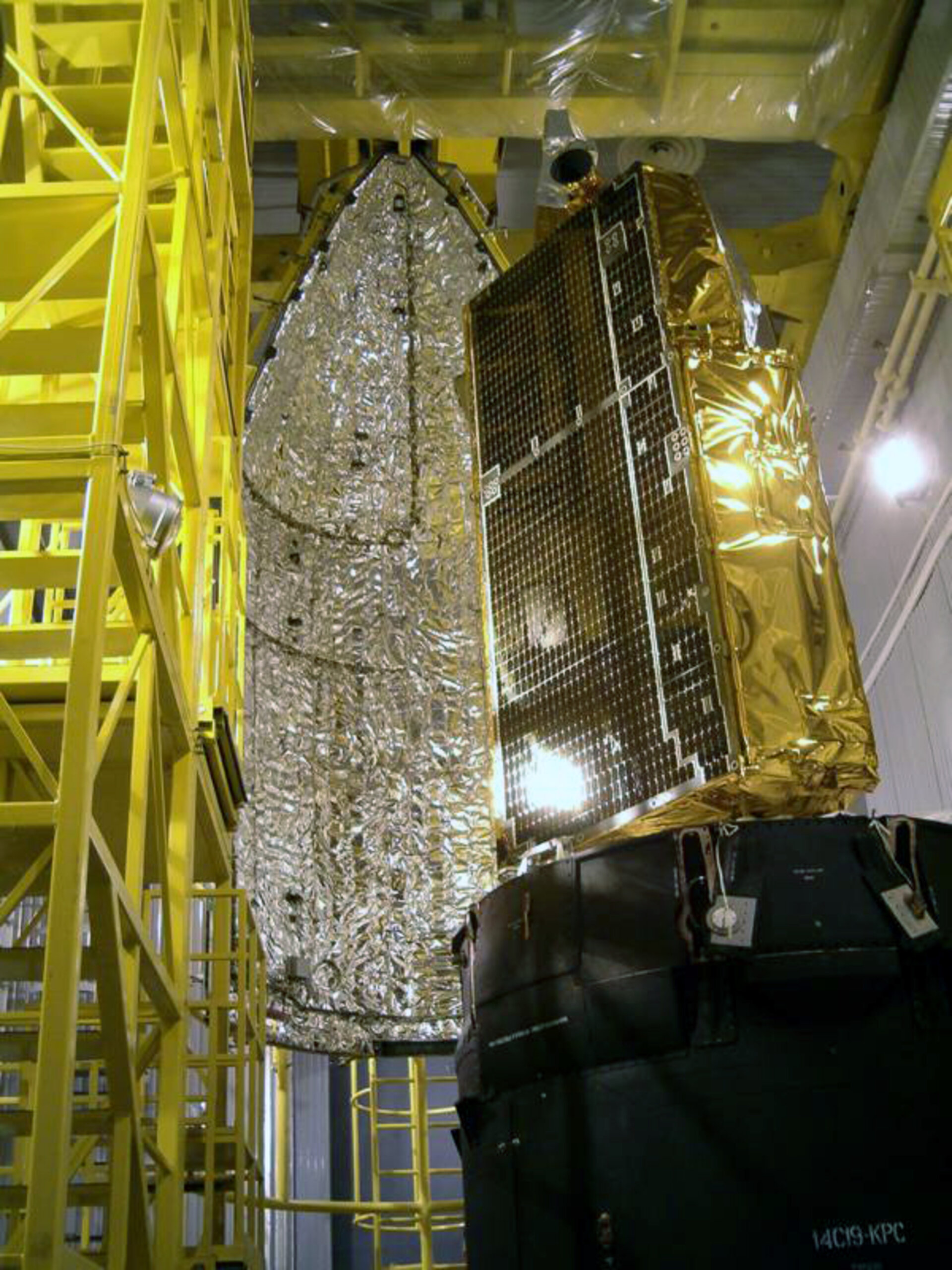 As preparations for the launch of CryoSat on 8 October continue on schedule, the satellite has now been sealed beyond physical control from the outside world.

On 26 September, the two half-shells of the payload fairing were fastened, encapsulating CryoSat. They will not be opened again until the spacecraft has left the atmosphere on its way to final orbit deployment 717 kilometers about the Earth.

The delicate operation of joining CryoSat to the Breeze upper stage took place a few days ago. Once the electrical interfaces had been checked and the outer fabric-layer of the thermal insulation blanket had been adjusted, the final 'red-tagged' items were removed from the spacecraft before the fairing was carefully closed. This was time for the ESA and Astrium engineers at the Plesetsk Cosmodrome to take a step back and take one last look at 'their' satellite.

Now that the fairings are closed, the explosive-equipment is being installed. A number of electrical tests will be performed on the Breeze stage before the thermal cover and ventilation system are added. Then, on Saturday 1 October, the Breeze carrying CryoSat will be rolled out to the launch pad where it will be mated with the lower two stages of the Rockot launcher.

Once locked to the launcher, the engineers will verify that contact with the satellite can be established and start charging the battery. Additional electrical tests will follow and a launch rehearsal will take place on 5 October. The Rockot launcher will then be fuelled ready for launch on 8 October.