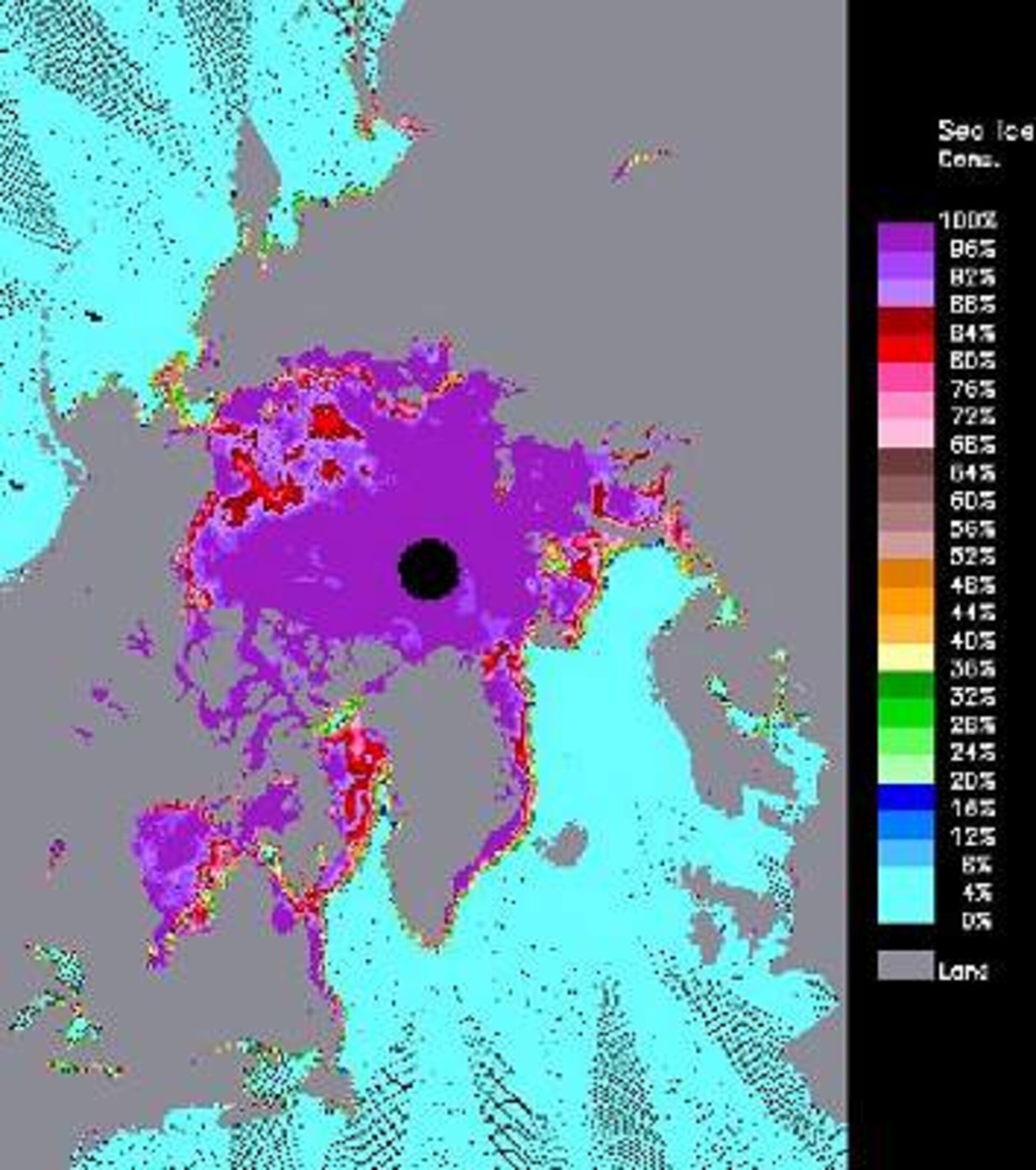 To improve our knowledge of how best to measure ice thickness, the airborne Laser and Radar Altimeter campaign (LaRA) was recently carried out over the frozen expanses of northern Greenland.

The LaRA campaign successfully took place in May this year when 4 flights over ice-covered land and sea were carried out using the NASA P-3 aircraft. The arctic sea ice concentrations at the time of the campaign can be seen in the above image – these were derived from satellite data. The aircraft carried 2 special instruments; the D2P radar altimeter developed by the John Hopkins University Applied Physics Laboratory and an Airborne Terrain Mapper scanning laser altimeter. During the campaign flights over northern Greenland these instruments were used to record many hours of overlapping laser and radar altimetric measurements.

The aim of the LaRA campaign is to assemble critical measurements of land and sea ice in order to help scientists understand and quantify the best methods for retrieving ice thickness by using a combination of laser and radar altimetric measurements. Laser beams as with sunlight and other optical light sources scatter off the surface of the ice layer. However, because of its longer wavelength, radar will penetrate more deeply into the ice layer before scattering back to the sensor. This is illustrated in one of the radar altimeter profiles collected during the LaRA campaign over the cold Greenland ice (see above image). The colour coded radar echoes show that the radar waves penetrate at least 15 metres into the ice layer. This campaign is significant because it shows that combining laser and radar altimeter measurements will enable ice thickness variations to be studied to a level of detail not possible to date.

The extensive LaRA data are currently being transformed into more readily accessible formats for further study. They will then be used to determine optimal methods for extracting ice thickness from simultaneous laser and radar altimeter measurements. In turn, the results of these studies are very important because they will feed into preparations for ESA’s future Earth Explorer Cryosat mission, which is due to be launched in April 2004 and is dedicated to mapping variations in thickness of the Earth’s continental ice sheets and marine sea ice cover. The results from the campaign will also be used for the cross-comparison of data from ESA’s Cryosat mission and NASA’s IceSat mission.

The LaRA 2002 campaign is jointly funded by ESA and NASA.

For further information on the LaRA campaign please contact: