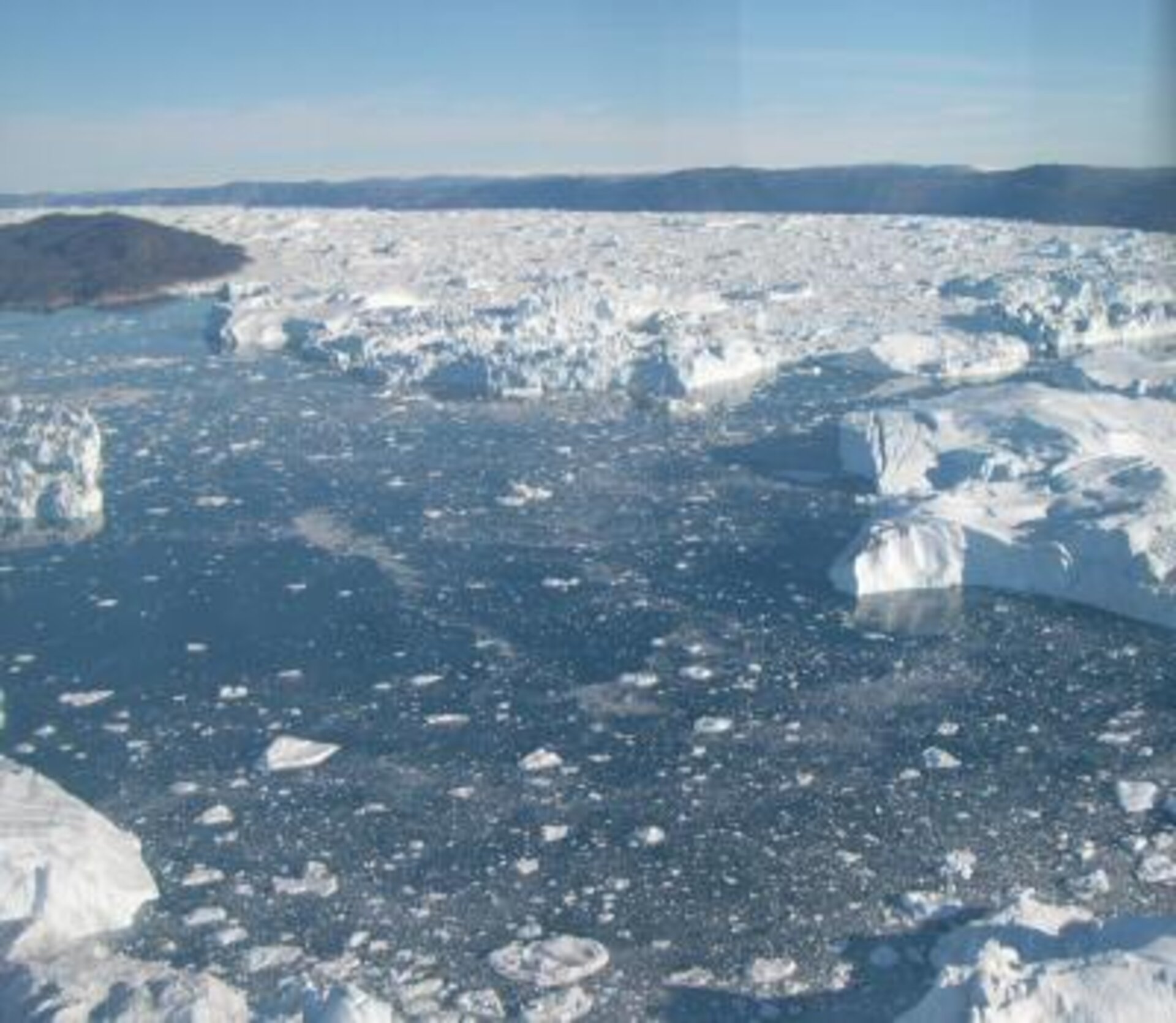 Instead of enjoying the last of the summer weather, scientists from the UK, Canada and Germany spent August and September isolated on vast ice-sheets in the Arctic, braving subzero temperatures and icy winds in order to complete the last in a series of crucial pre-launch validation measurements for ESA's CryoSat mission.

In all, three ground teams participated in the 2004 Autumn CryoSat Validation Experiment (CryoVEx); one on Devon Island in the Canadian Arctic and two on the massive central ice-sheet in Greenland. The main aim of the experiment was to collect data on the properties of snow and ice, which will later enable scientists to interpret the large-scale variations in ice thickness over time measured by the CryoSat mission.

Due for launch next March, CryoSat will measure changes in the elevation of ice sheets and changes in sea-ice thickness with unprecedented accuracy. In doing so, the mission will provide a complete assessment of the influence that climate change is having on the Earth's polar ice-masses.

As the CryoSat signal is sensitive to changes in the properties of the snow and ice, it is crucial to understand, and then correct for, the seasonal changes that occur naturally. Long-term changes due to climate change can then be determined with the highest possible precision.

However, collecting data on the ground in the inhospitable Arctic is physically demanding. One routine task, for instance, was to dig two-metre-deep snow pits to examine the different layers of snow that have accumulated over previous years. Over 50 pits were dug during the campaign. Ground teams also had to drill ice cores down to 20 metres in the ice sheet and then carefully log, describe and weigh them.

"Collecting good measurements is a gruelling task", says Dave Burgess from the University of Alberta, Canada, who was working on Devon Island. "One of our tasks was to build three meteorological stations at different sites across the ice cap to record the temperature, wind, humidity and radiation conditions over the next two years." "Wearing enough protection on your fingers to prevent frostbite in blizzards and temperatures of -30°C, whilst maintaining the dexterity to wire a data logger, was a problem. There was also the added frustration of the brittle plastic cables which had a tendency to snap at such low temperatures,” added Fiona Cawkwell, also from the University of Alberta.

Ground measurements alone, however, are not enough. In order to understand the sensitivity of the CryoSat signal on snow-pack conditions, airborne measurements were collected by the Alfred Wegner Institute (AWI) on behalf of ESA. The ASIRAS (Airborne Synthetic Aperture and Interferometric Radar Altimeter System), radar altimeter developed by RST (Radar Systemtechnik) Switzerland under contract to ESA, and a laser altimeter were installed on an aircraft for this purpose. The ASIRAS instrument is similar to the SIRAL radar altimeter on- board CryoSat. Therefore, comparing ground measurements with the data from ASIRAS will allow validation scientists to assess what influence the different properties of snow have on the ice-thickness measurements made from space. Comparing airborne and satellite measurements once Cryosat is launched will also provide rapid feedback to ESA about how well the satellite mission is functioning.

"The airborne and ground teams were exceptionally well coordinated. Using sophisticated aircraft navigation techniques, we were able to ensure that our plane passed within 5 metres of each of the ground experiments", explained Uwe Nixdorf from the Alfred Wegner Institute. "Having the best possible overlap between airborne and ground experiments will allow us to better understand the influence that snow properties have on the radar measurements, and thus, the accuracy of the CryoSat data."

The Autumn CryoSat Validation Experiment is the final set of validation measurements that had to be taken before the launch of the CryoSat satellite on 25 March 2005. It may seem strange that such efforts are made even before the satellite itself is launched. However, ESA CryoSat Validation Manager Malcolm Davidson explains, “Coordinated ground and aircraft experiments of this nature have never been done before. It was, therefore, important that we proceed with a limited number of experiments ahead of time to validate the experiment concept. In addition, the processing and understanding the data that has been collected takes a lot of time. By collecting valuable data ahead of launch, we now have a head start in characterising the uncertainties in the CryoSat data, which will be of great help in reaching the mission goal of monitoring changes in ice sheets from space with unprecedented precision.”