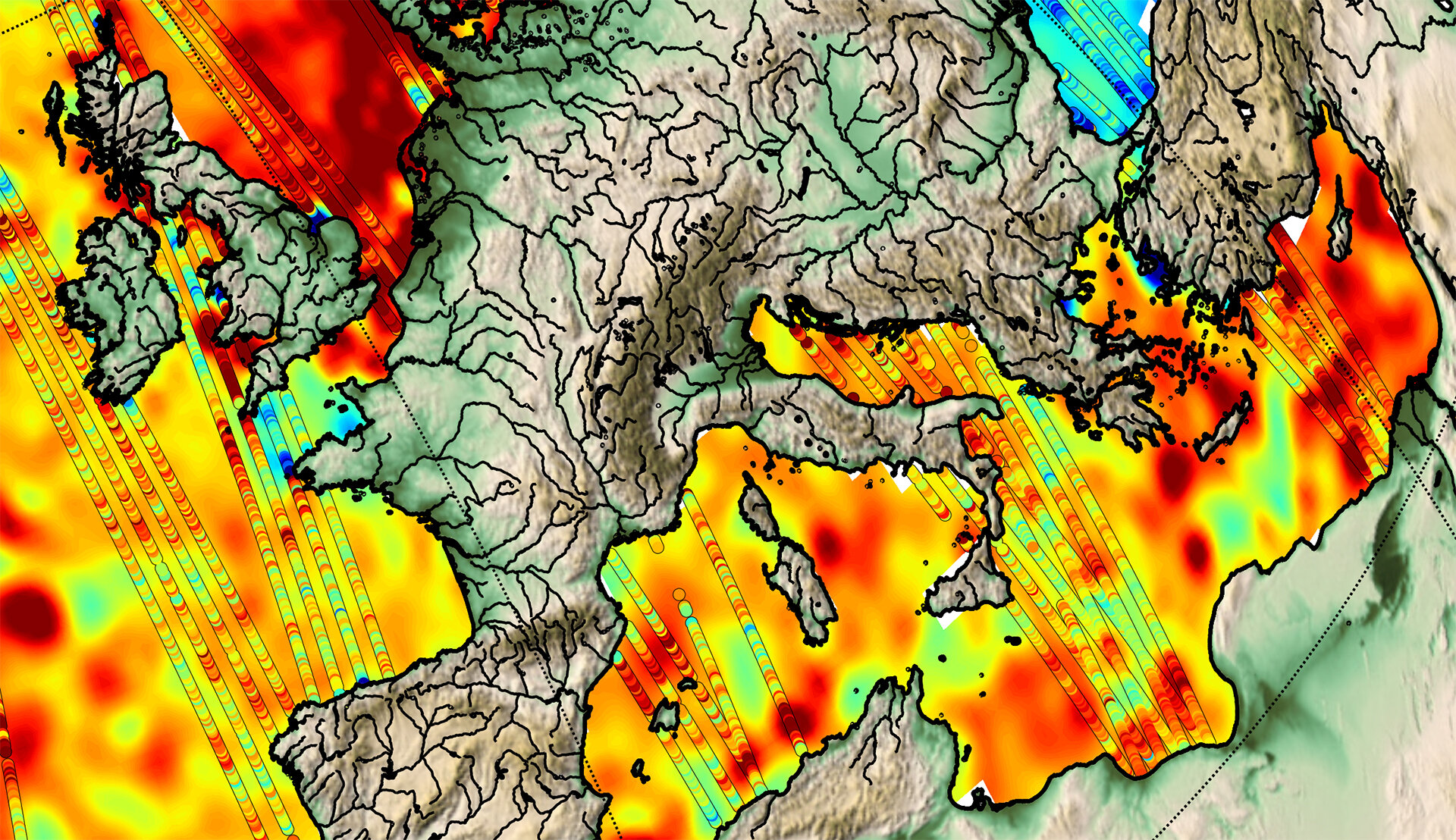 Launched in 2010, the polar-orbiting CryoSat was developed to measure the changes in the thickness of polar sea ice, the elevation of the ice sheets that blanket Greenland and Antarctica, and mountain glaciers.

Going above and beyond its ice-monitoring objective, CryoSat is also a valuable source of data for the oceanographic community. The satellite’s radar altimeter can measure sea-level height, waves and detect small, local phenomena in the ocean surface like eddies.

ESA has extended the CryoSat portfolio to include additional ocean products, and the datasets are now available to users for both scientific and operational applications.

These new data help to bridge the gap between previous ocean-oriented radar altimetry missions – Jason-1/2 and Envisat – and the future Sentinel-3 mission being developed for Europe’s Copernicus programme.

In addition, CryoSat improves the dataset from the existing satellite missions by reaching closer to the north and south poles thanks to its unusually high-inclination orbit. Measurements from these previously inaccessible latitudes contribute to our knowledge on ocean–cryosphere interactions.

In particular, the ‘Geophysical Ocean Product’ dataset demonstrates the CryoSat radar’s contribution to the monitoring of eddy variability, from large-scale currents to small-scale instabilities that arise along the larger eddies’ borders.

Studying such complex hydrodynamic features is still a challenging issue that requires high-resolution sampling along the track and frequent revisit time. Integrating the CryoSat dataset with data from other Earth-observing missions should therefore help scientists to understand better the role that eddies play in the mixing and transport of biogeochemical and biological organisms, which represent a critical part of the global carbon cycle.

Another new dataset, called the ‘Intermediate Ocean Product’, provides measurements on wind direction, wave height and sea level. These are being used to improve sea state and weather forecasts – information useful for marine safety and the sustainable management of human activities that affect oceanic ecosystems.

First-time users can register via eohelp@esa.int