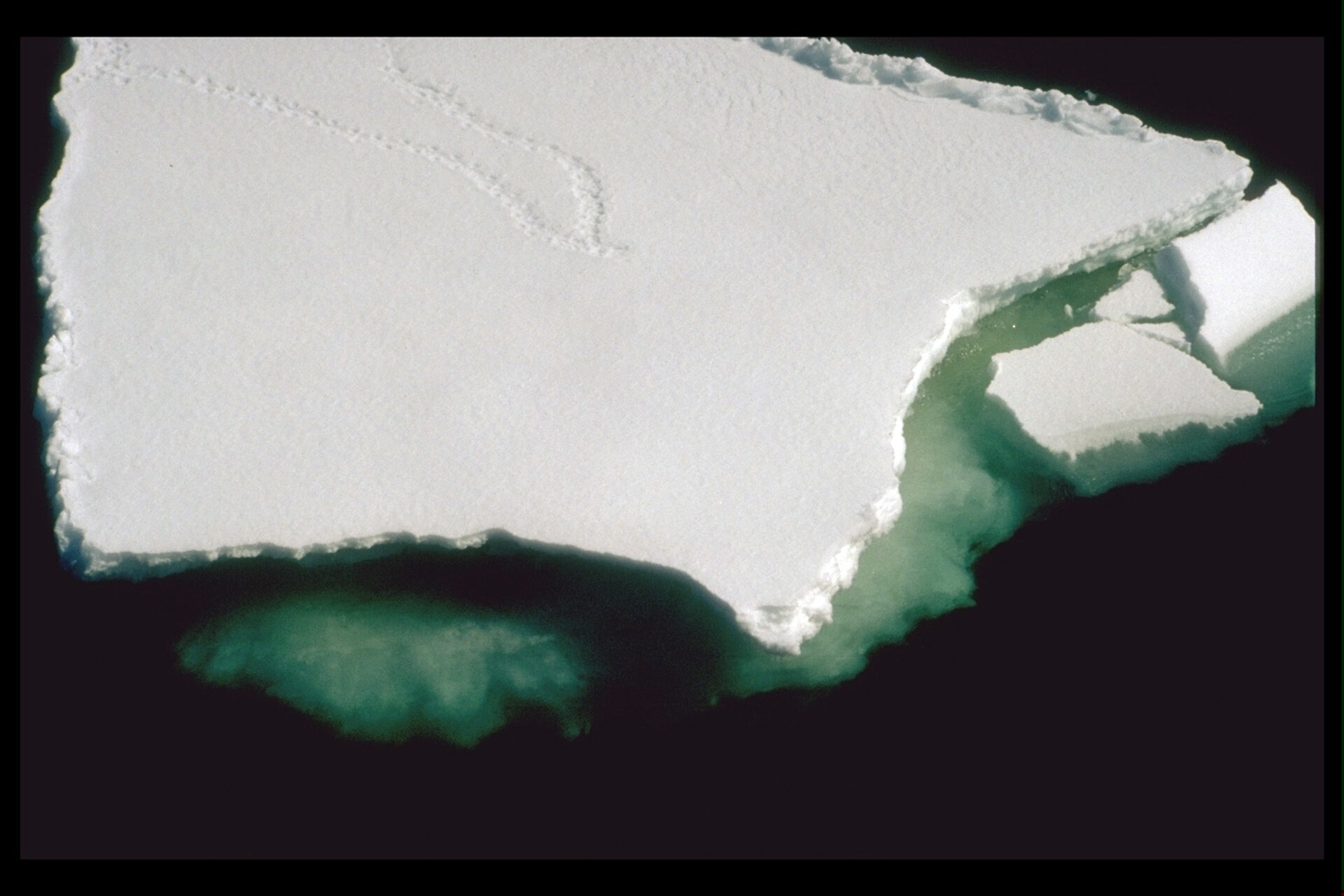 Sea-ice thickness is an important parameter in modelling global climate, and moreover, long-term changes are considered to be a reliable indicator of climate change. However, estimates of sea-ice thickness trends around Antarctica are currently very limited. An international workshop held recently made it clear that these essential data can only be obtained from satellite missions such as CryoSat-2.

The International Workshop on Antarctic Sea-Ice Thickness in Hobart, Australia, brought together around 60 scientists from different countries and disciplines within the sea-ice science community. It provided the forum for the much-needed discussion on methods of measuring sea-ice thickness and snow-cover thickness, addressing all disciplines of field science, remote sensing and modelling. Over the three-day event, which was held on 5 - 7 July 2006, talks highlighted the fact that ice-thickness trends around Antarctica are still largely unknown and that information on seasonal, inter-annual and decadal thickness variations is very scarce.

Ice plays an important role in the regulation of the Earth's climate. Therefore, data on ice-thickness trends are crucial to furthering our knowledge of climate change. For this reason, ESA's Earth Explorer CryoSat-2 mission is dedicated to monitoring precise changes in the thickness floating sea ice as well as changes in the thickness of the polar ice sheets. CryoSat-2, which is due for launch in 2009, replaces the first CryoSat mission, which failed due to a launch error in 2005.

In the Arctic, recent measurements taken from both space-borne radar and laser instruments have demonstrated the potential to provide estimates of ice thickness over time. Taking measurements in the Antarctic, however, presents additional challenges. In particular, the effects of the thick snow cover in this region can confuse the retrieval of ice-thickness data from space. As it is very important to understand and allow for the impact that the overlying snow has on ice-thickness data, the need for a range of continued validation techniques was highlighted as a key issue at the workshop.

Validation experiments dedicated to the CryoSat-2 mission have been carried out extensively in the Arctic. Through these experiments, a better understanding of the impact that snow has on CryoSat-2 data is expected before launch. In order for data on Antarctic sea-ice from CryoSat-2 to be as accurate as possible, further validation is required from in-situ observations. However, due to the remoteness of the region and its hostile environment this is no easy task.

The aim is to collate existing field data from activities that are being carried out in the region to the best advantage. For instance, ship-based observations of sea ice conditions have been collected from a number of Russian, Australian, US, German and British voyages over the last 20 years or so. The data from each voyage has been consolidated into a format defined by the Antarctic Sea Ice Processes and Climate (ASPeCt) programme. Nevertheless, there are still many gaps in the data.

Other novel sea-ice measurement techniques discussed at the workshop include upward looking sonar, and surface and airborne low-frequency electromagnetic induction methods. In addition, a video technique has been employed in the way of an Ice-Cam, which is an automated sea-ice observing and environmental data logging system installed on an icebreaker. Photographs from the Ice-Cam can be processed for sea-ice parameters using supporting data from other onboard sensors.

To realise a better understanding of the current global climate and what might happen in future, the science community needs a better picture of conditions at the poles. ESA's CryoSat-2 mission aims to make a significant contribution to this requirement. Among the many challenges associated with building and launching a spacecraft, making sure the resulting data is as accurate and meaningful as possible is arguably one of the more important aspects of the mission.

As records of sea-ice thickness in the Antarctic are currently so rare, the need for continued fieldwork measurements along with the consolidation of existing and new datasets is very apparent. In this context, the International Polar Year in 2007-2008 will provide the background for the science community to work together and focus on enhancing international collaboration in the Polar Regions. Researchers from different fields look forward to addressing questions and issues lying beyond the scope of individual disciplines and aim to ensure that data collected are made widely available – benefiting the community at large and ultimately helping prepare the way for the CryoSat-2 mission in 2009.